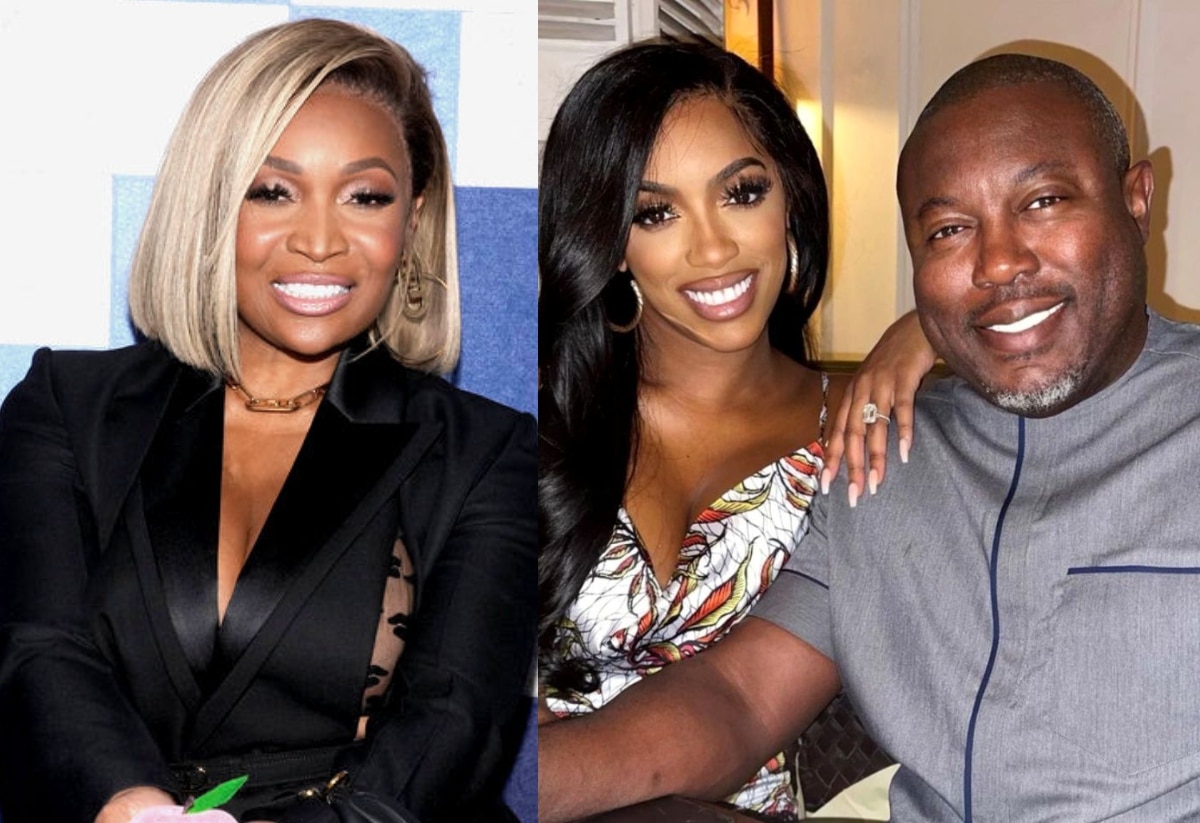 Marlo Hampton appeared on Sunday night’s Watch What Happens Live following the premiere of the 14th season of The Real Housewives of Atlanta, and she didn’t hold back when it came to spilling the tea. In fact, she threw some major shade at former co-star Porsha Williams‘ relationship with Simon Guobadia, who was previously married to ex-cast member Falynn Guobadia.

After finally nabbing a peach after years of guest appearances on RHOA, Marlo joined host Andy Cohen to discuss Sonja Morgan‘s fashion week snub, Kandi Burruss‘ claim about her finances, and more. First, though, she revealed if she felt Porsha and Simon had what it takes to make it for the long haul.

As the audience erupted, Marlo defended her comment, saying she was just being real before predicting that Simon would have something to say about her assessment of their relationship.

“I try to be authentic! Simon is going to write a long-a– paragraph about me tomorrow, Andy,” she laughed.

On WWHL‘s live broadcast, Marlo played a game of “The Marlo Down,” where she revealed she hooked up with someone in Bloomingdales “years ago” and disclosed an innocent encounter with Kiss rocker Gene Simmons before stating that the most expensive gift she ever received was an Aston Martin and looking back at Sonja’s snub.

“It’s true. [And] I have not [seen her since],” Marlo said of the Real Housewives of New York City cast member, who she says snubbed her at a New York Fashion Week party. While Marlo did not go into details of what went down, Andy did defend Sonja, stating it was likely an unintentional snub.

Marlo also played a game of “MarlOH No They Didn’t,” during which she answered a series of questions about the premiere episode of RHOA.

After being asked about Kandi’s suggestion that she was being funded by her billionaire ex’s money, Marlo said, “You know what, Kandi? At the end of the day, that’s Le’ Archive money. I know how to invest and it is what it is.”

And as for Sanya Richards-Ross‘ claim regarding her pronunciation of Le’ Archive and misuse of the French language, Marlo said her castmate should be more concerned about the traditions of her own homeland.

“Sayna need to worry about her authentic Jamaican tradition,” Marlo stated in a Jamaican accent.

During Sunday’s episode, Marlo put her clothes on display on mannequins rather than models, and she kept her co-stars waiting quite a while for her to arrive. Then, after putting on an outfit that looked more like a candy someone would find in the pocket of their grandmother, as noted by Sheree Whitfield, she came under fire.

The RHOA cast also expressed confusion over Marlo’s decision not to do a runway show.

“You know what? That group of girls, I should’ve known not to do that, Andy. They were looking for some chicken and some damn, hookah bar. It’s Atlanta,” Marlo explained. “They’re like, ‘What the hell this exhibit? Where the food at? Where the drop it down music?’”

Marlo also addressed the heckling of Kenya Moore, who suggested Marlo had made her money by spending time with rich men.

“Kenya is just a hater and jealous and a has-been,” Marlo stated.