Porsha Williams Announces Exit From RHOA After 10 “Life-Changing” Years as Andy Cohen Deems Exit a “Pause,” Plus What’s Next For Porsha 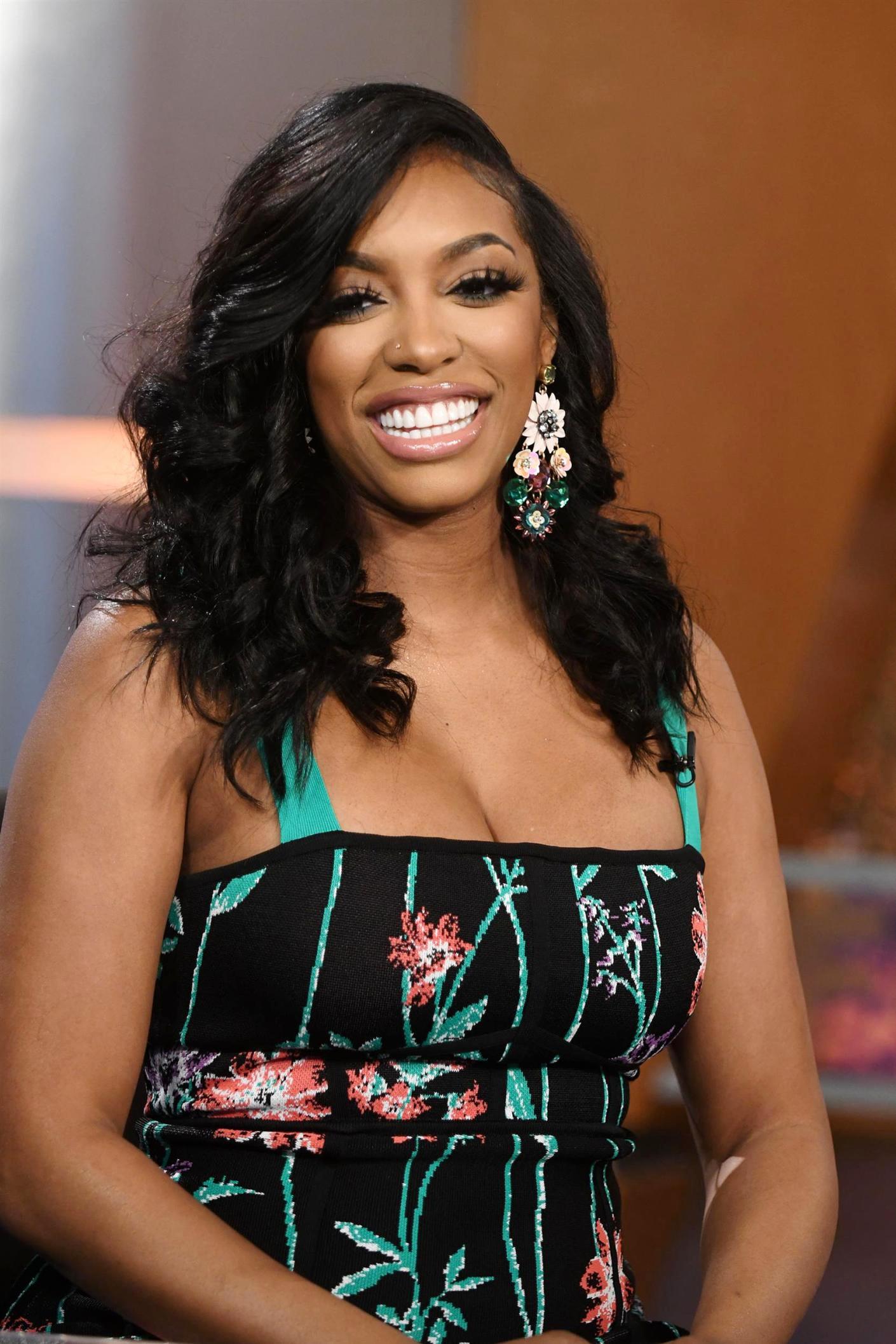 On the heels of Cynthia Bailey‘s exit from The Real Housewives of Atlanta, Porsha Williams is revealing that she, too, is leaving the show.

In an Instagram post shared on Thursday, Porsha confirmed that after nine seasons on the Bravo reality series, she was ready to embark on her “next chapter,” thanking Bravo and Andy Cohen for providing her with the opportunity to appear on their hit show and teasing her television return.

“After ten life-changing, gratifying, incredible years, it is finally time to begin my next chapter. Next season, I will not be returning to the Real Housewives of Atlanta franchise,” Porsha wrote in her September 30 post. “This was a difficult decision to not only make, but also come to terms with. It’s one I have put a lot of thought into and because of that, I know it’s the right one.”

“I want to thank Bravo, Truly Original, and Andy Cohen for this opportunity, and all the show’s producers, editors, and assistants, for working tirelessly every day to create our show,” she continued. “I have so much love and endless gratitude for my Bravo family and supporters. You’ve made the past decade a truly special one. One where I’ve dealt with unbelievable highs and unbelievable lows, and I can honestly say I would not have made it through some of them without the unconditional love and support I have gotten from all of you.”

Porsha then teased fans of her future return to the small screen.

“I’ll be back on your TV very soon. I can’t wait to share all of my exciting new endeavors with the world-beginning with the release of my memoir, The Pursuit of Porsha, out on November 16. As for the rest, you’ll just have to wait and see! Love ya!” she concluded.

Porsha joined the RHOA cast in 2012 for its fifth season. She appeared in a full-time role on the reality show until season seven when she was demoted to a part-time position after a reunion fight with Kenya Moore. Porsha then returned to her full-time role ahead of season eight and retained her housewife status until the end of season 13.

Following the 13th season, Porsha shocked fans when she announced she was engaged to Simon Guobadia, who was newly single after splitting from her co-star Falynn Guobadia. From there, Porsha reportedly began filming a new spinoff.

Moments after Porsha’s exit was confirmed, Andy and Kandi Burruss weighed in, with Andy saying her departure was more of a “pause.”

“What a run,” Andy wrote. “What an evolution. As we discussed, I’m gonna go ahead and consider this more of a PAUSE than a goodbye.”

“I’m so thankful for you believing in me and trusting the world needed to know a lil girl from Decatur,” Porsha replied.

Then, after Kandi said, “I was hoping you weren’t 4real leaving. Wishing you the best on all you’ve got going on,” Porsha sent her former co-star a red heart emoji. 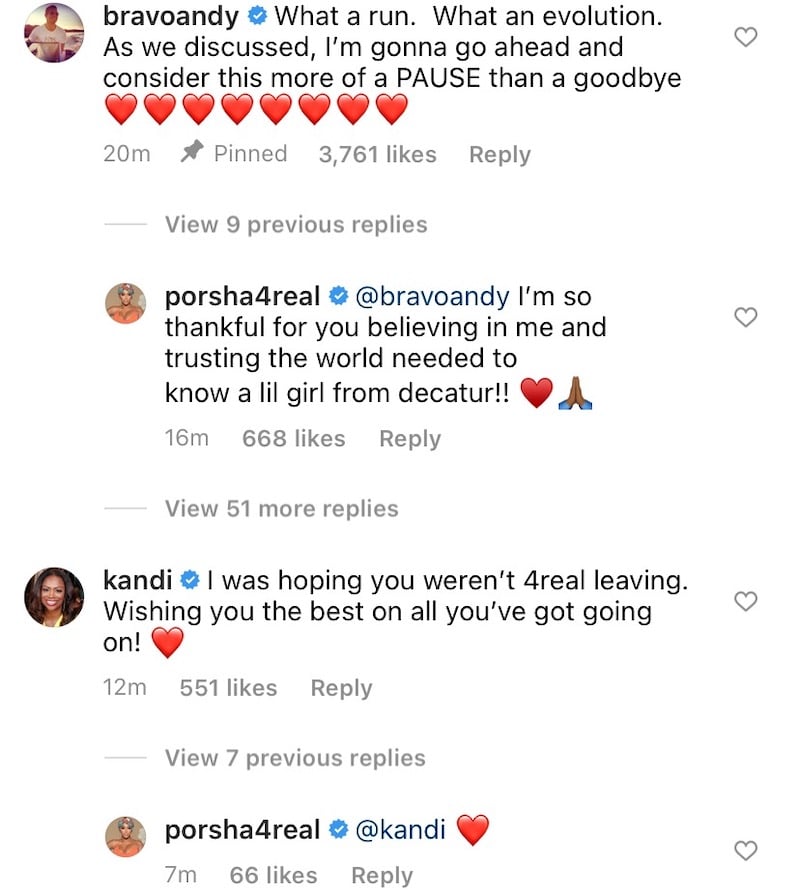 The Real Housewives of Atlanta season 14 is expected to go into production sometime in the coming weeks.