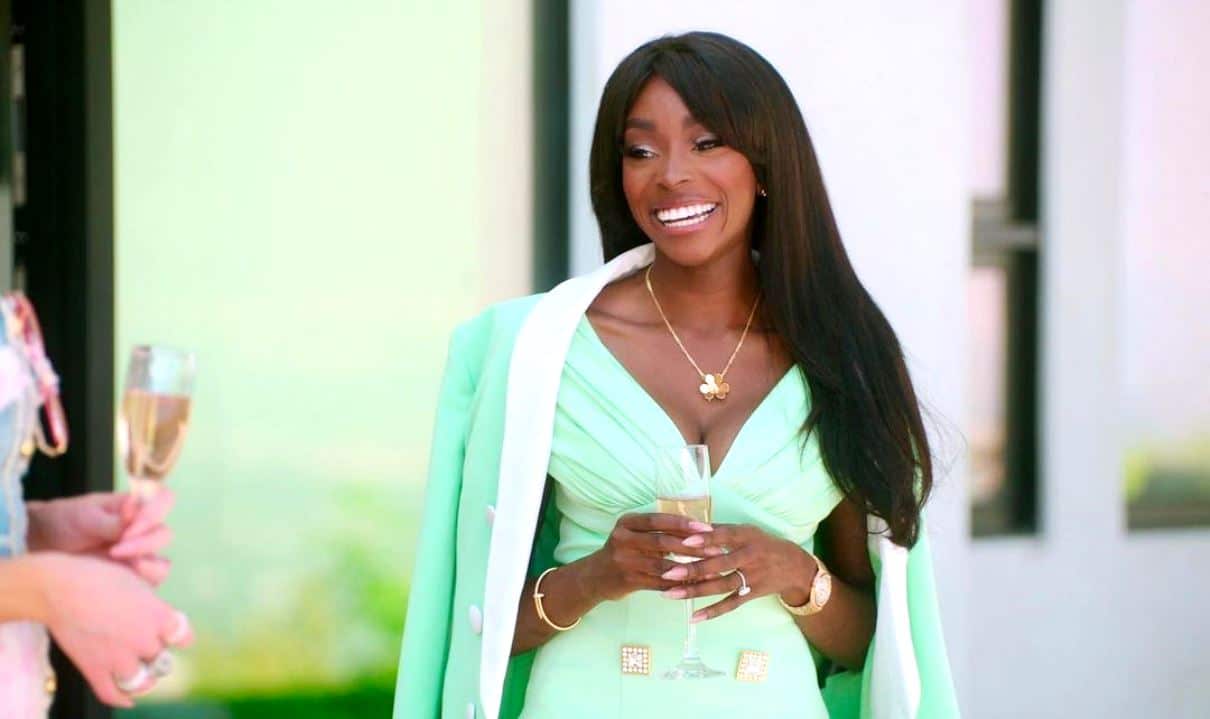 Selling Sunset fans were perplexed by Chelsea Lazkani‘s accent throughout season five, and now that a TikTok video of her 2017 wedding to husband Jeff Lazkani has been released, even more questions are being raised.

After Chelsea offered an explanation about her dialect at the season five reunion, the 29-year-old Oppenheim Group real estate agent was hit with even more controversy as she opened up about her off-screen drama with Davina Potratz and revealed where she stands with Chrishell Stause following Christine Quinn‘s exit from the firm.

“I’m working on it. But this is me, OK? This is what you’re getting. I’m not faking it. If I was, I’d be a really f-cking good actress,” she added.

But on TikTok, not everyone is convinced, especially after learning her accent was nearly unnoticeable.

While many fans called her out in the comments section, suggesting that the clip was proof of her accent being fake, Chelsea insisted, and many TikTokers agreed, that her varying accent was simply the result of having been exposed to different cultures throughout her life.

“The word on the street is that my accent is fake. I know it’s all over the place, but listen, there’s an explanation, OK?” she said on Instagram last month. “I’ve lived in four countries in my short 29 years of life. I’ve lived in London, I’ve lived in Switzerland, I’ve lived in New Jersey, I now live in Los Angeles, so my accent is a mish-mosh of all the places I’ve lived but I’m a London girl at heart.”

Following the drama-filled reunion, Chelsea looked back on her ups and downs with Davina, who she made amends with at the taping.

“There were things said off camera and before we shot that really affected my mental state,” she said on the PEOPLE Every Day podcast. “There were some microaggressions thrown out, and watching the show back, I realized that I was very much harboring that state of frustration.”

According to Chelsea, her holding onto these microaggressions led her to blow up on her castmate.

“You see me kind of escalate to a place of, maybe one could say, anger as a result,” she explained. “I have the utmost respect for Davina and all of my castmates, truly, but I also believe that we can have different values and different core systems that may not align… We don’t have to be super close friends to be cordial with one another.”

Although many felt that Chelsea, who quickly bonded with Christine, came in strong when she joined the show for season five, Chelsea noted that because she “didn’t have a voice” when she was younger, she was determined to be her “most authentic self.”

While Christine’s exit from The Oppenheim Group “obviously saddens” Chelsea, she said she has relationships with a lot of the other girls, including Chrishell.

“She’s a boss, you know, I love successful women, so I want to support her. I wanted to work on that relationship and now we have such a strong friendship,” she stated.

As for Chrishell’s split from Jason Oppenheim, Chelsea said it was the first time she’d seen her boss so “vulnerable.”