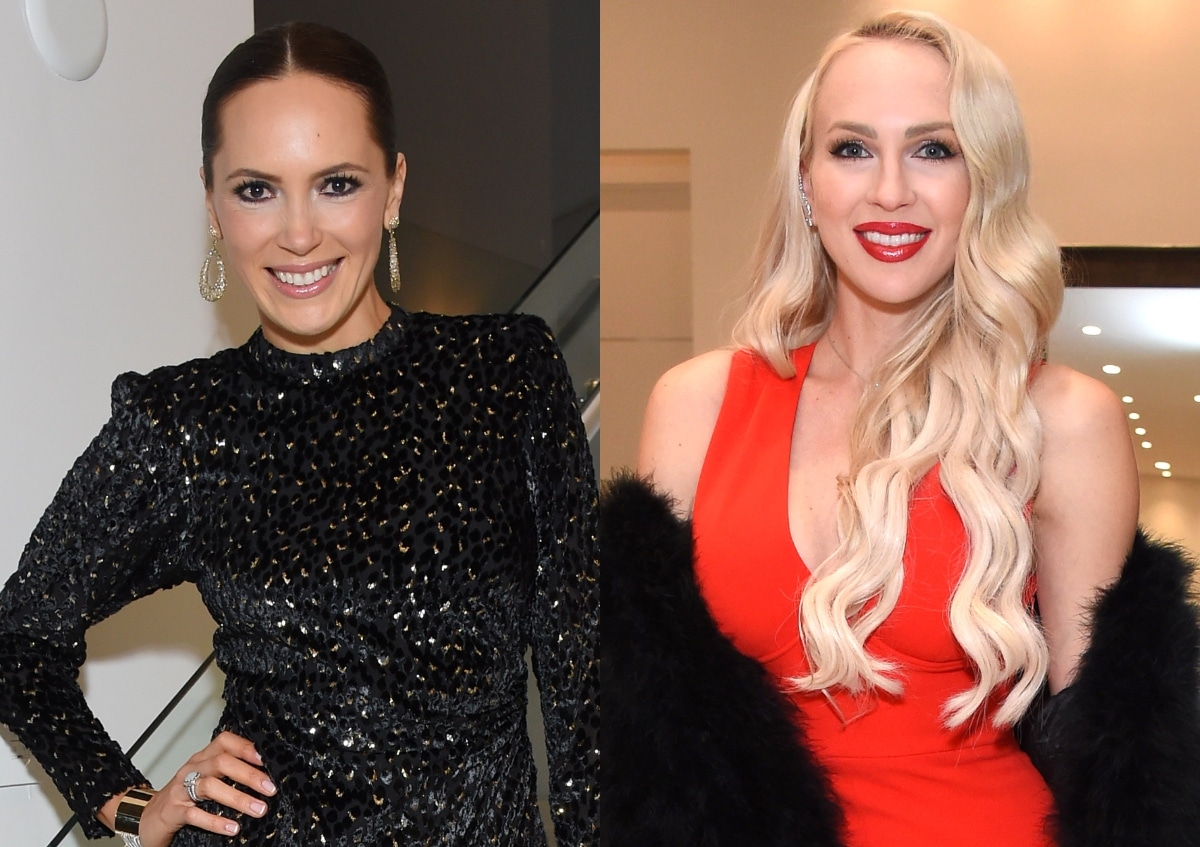 Amid the series’ fifth season, which premiered days ago on Netflix, Davina is explaining how Christine has changed, sharing her thoughts on Jason Oppenheim potentially firing her from the show, and setting the record straight about her $75 million listing for developer Adnan Sen.

“Have you seen the change? I mean, yeah, you’ve gotten worse. I feel like you’ve gotten more disrespectful,” Davina stated on the April 27 episode of Behind the Velvet Rope With David Yontef. “We all love the funny, sweet and out there, funny Christine. But I feel like that person’s almost gone and she’s just so hurtful to everybody.”

While Christine has suggested that Davina is awful, Davina believes her castmate is projecting.

“I feel like she’s projecting how she feels inside onto me because she’s mad I’m not hated… So I’m not worried about what she’s saying. I’m like, ‘You’re nuts.’ Like I don’t know,” Davina shared.

During one recent episode of Selling Sunset, Emma Hernan revealed one of her longtime clients received a $5,000 offer from Christine not to work with her. Looking back at the alleged bribe, which Christine denied, Davina said it was the “lowest of the low.”

“I’m just very disheartened and disappointed,” Davina noted. “It doesn’t sound good. I think Jason was not too thrilled about that at all. You saw him on there. I mean, how can you expect Jason to defend you [after you] put him in a difficult position?”

While no announcement has been made in regard to a potential change in Christine’s employment status, Davina was asked if she thought Christine would be fired from the show.

“We want to give her chances and we care about her, but she makes it increasingly difficult. So at some point, I mean, when that story came up between Emma and Christine… What is Jason supposed to do? He’s got no choice, really,” Davina admitted.

Throughout season five, Jason’s since-ended romance with Chrishell Stause has been front and center. And although she has chosen to keep her private life away from the cameras, Davina said she “truly [respects]” that the couple was willing to put their relationship in front of the cameras.

“She’s gone through a breakup twice, you know, on the show. So it can’t be easy,” Davina stated. “I mean, I purposely choose not to talk about my personal life on it for that exact reason… It’s too emotional for me.”

As for her infamous and “overpriced” $75 million listing, Davina said the suggestion that she left the Oppenheim Group due to the listing was false before hinting that producers may have left her successes off the show on purpose.

“That’s not why I left. I left because I had a new development opportunity,” Davina clarified. “Everyone’s so obsessed. Everyone wants to make fun of me… [So] then take it off the website, don’t attach your name to it and don’t have any events there and don’t mention it. But you guys are all so interested.”

“He’s still my client. And I did have successful sales with him including recently, which I don’t think was shown,” she added. “[And] that’s a little bit annoying because it’s almost like God forbid you show Davina sell a house.”

When Davina was then asked if she felt newbie Chelsea Lazkani would ultimately see Christine for who she truly is, Davina was divided.

“Christine is going to keep being who she is and eventually it’ll affect Chelsea directly… I do, I think it is a matter of time until she does something to Chelsea and then she will finally she’ll understand,” Davina began.

Then, after noting that she has “no problem with Chelsea at all,” Davina changed her tune, noting that Christine may not show Chelsea who she really is “because Chelsea’s [her] only friend.”

As for her potential return for season six, Davina said, “You know, I have a great relationship with Jason and I have been in real estate for 16 years.”