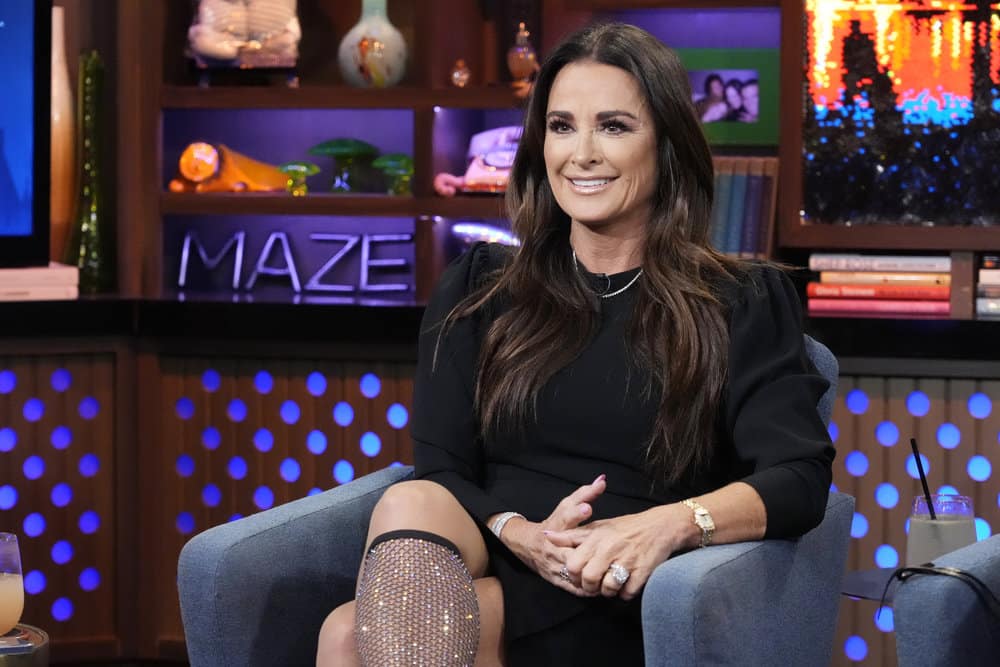 “That’s been a while that they had a falling out,” Kyle revealed on the May 11 episode of the WWHL: After Show. “I’m not really sure what happened with their falling out but they do not speak and now I speak with Brandi, via text.”

“After Brandi wasn’t on the show, she’s made an effort with me,” she continued. “She’ll text me and check-in. And I’ve seen a totally different side of Brandi now that we’re not on the same show together. She’s very sweet with me and she was always a very good friend to my sister Kim… Brandi definitely has [grown and] it’s nice to see a softer side of her.”

During the live broadcast of WWHL, Kyle, who was joined by her three oldest daughters, Farrah Aldjufrie, Sophia Umansky, and Alexia Umansky, played a game of “Like Mother, Like Daughters?” During the game, she was asked how much she misses her friendship with Lisa on scale of 1 to 10.

“Two to three,” she replied.

She then shared a number of details about her 25-year marriage to Mauricio Umansky, noting that he said “I love you” first and revealing the best gift she’s gotten from him (aside from her children, of course).

“I’m going to go with the earrings that actually [Andy Cohen] handed to me,” she shared.

In recent years, Mauricio’s marijuana use has been spotlighted on RHOBH. And while Kyle was once a prude about the topic, she admitted to having a change of heart in recent years and said she’s smoked about 20 times over the course of her life.

“Things have changed in the last couple years so… [I] had a bad experience as a teenager… Twenty?” she said when asked about her pot use.

Also during the game, Kyle signaled to Carlton Gebbia when asked who was her least favorite RHOBH cast member.

“That’s so easy. It’s so easy that I already forgot her name.”