Teresa Giudice Discusses Off-Camera Drama With Tamra Judge, Regrets on RHONJ, and Says There’s “No Comparison” Between Joe and Luis 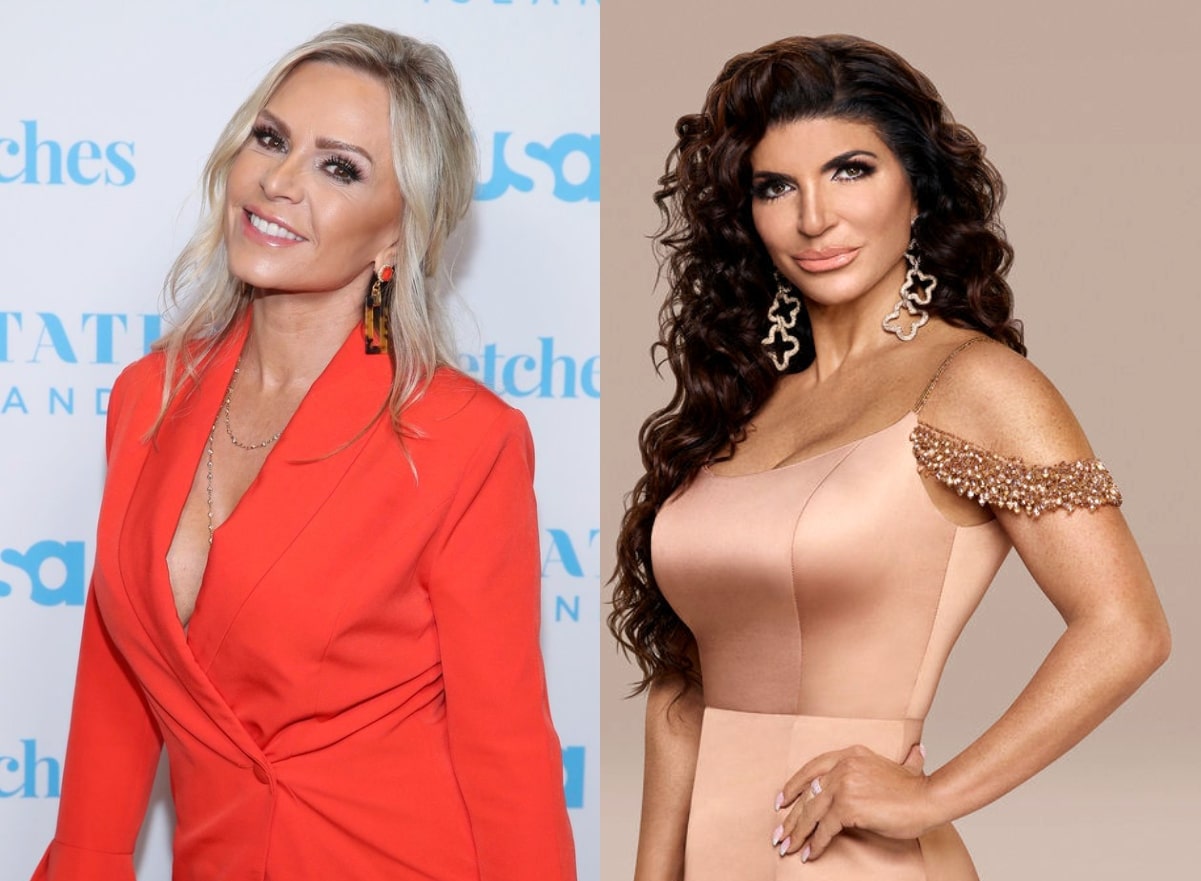 During a recent interview for Bravo Insider, the Real Housewives of New Jersey cast member opened up about her past and present loves before admitting that Joe once told her she’d never find someone new and shading Real Housewives of Orange County alum Tamra Judge for spreading negativity amid her comparison between Luis and Vicki Gunvalson‘s scheming ex-boyfriend Brooks Ayers.

“My ex compared to Luis, it’s like day and night. There’s no comparison. I’m not saying anything bad about my ex-husband but now, being with Luis, it’s like, I know what really true love really is now,” Teresa explained to Alexia Echevarria as they interviewed one another on Housewife to Housewife.

While Teresa is currently planning for a summer wedding, her former husband used to try to convince her that would never happen.

“He’s like, ’Nobody’s going to want you with four kids.’ He would say that to me,” she recalled. “And then when I found [Luis], I was just like, ‘Wow.’ He adores my daughters. He treats them like they’re his own.”

Although Teresa went through a lot amid her 20-year marriage to Joe, including an 11-month prison stint, she said that if she hadn’t, she likely wouldn’t be where she is today.

“I think what happened to me had to happen in order for me to be with Luis now. Because I’m very loyal, I don’t think I would have ever left Joe,” she admitted, noting that her daughters want to find someone just like her fiancé.

“You know what they keep saying to me? They’re like, ‘Mom, we want to find a guy just like Luis.’ And I knew they were going to say that to me. And that just shows that I am doing a good job,” Teresa confirmed.

Throughout the recent 12th season of RHONJ, Luis was faced with several reports and rumors regarding his supposedly violent past and troubled relationships with former partners. And because of that, Teresa offered to quit the show.

“This season I said to Luis, ‘Babe, if you don’t want me to do the show anymore, I’m totally fine with not doing it anymore,'” she recalled. “I’m like, ‘Really,’ and he said, ‘Babe, I would never tell you to do that.’ He’s so cute… He totally supports me.”

“Unfortunately, he has these crazy people from his past that I guess were trying to hurt him and me,” she continued.

As they looked forward to their big day, Teresa said she trusts Luis on social media but has his password for when she gets curious.

“Yes I do! yes I do! So if I want to look at his phone ever, I do. But we trust each other,” she insisted, noting that Luis knows her password, too.

Because of the many things that were said about Luis during the season, Tamra found herself weighing in on their relationship. And, after suggesting he may not be trustworthy, Tamra was dissed by Teresa, who named RHOC as the franchise she’d least want to be a part of.

“I think Orange County. I think Tamra, one time I told her something about Jacqueline. She ran back and told her. And then she, she did just put out something recently, Tamra, which I was like, ‘Really?’” Teresa shared. “People that put out negative things, I just, like ignore them.”

When Teresa was then asked about what she wished she had said during the season, she said there were two things she wanted to clarify,

“At the reunion, Andy Cohen asked me about Luis. He’s like, ‘What’s the best thing you love about him?’ I’m talking about his body parts, his arms, his lips. Meanwhile, what I love about him is his heart and the way he speaks and how smart he is,” Teresa explained. “And he also asked me about my children. He’s like, ‘Do you have to push your kids to be how they are now.’ And I said, ‘Yes,’ because that was just instinct, but to tell you the truth, I guess the way I raised my kids, I don’t have to push them. My 12-year-old, she’s amazing. I never have to tell her to clean her room. I never have to tell her to do her homework.”

Also, on Housewife to Housewife, Teresa confirmed Luis met Alexia as a fan of The Real Housewives of Miami in Barcelona, Spain.

“He’s like, ‘I met a Miami housewife once in Barcelona,’” Teresa revealed.

“He did obviously know me from the show,” Alexia replied.