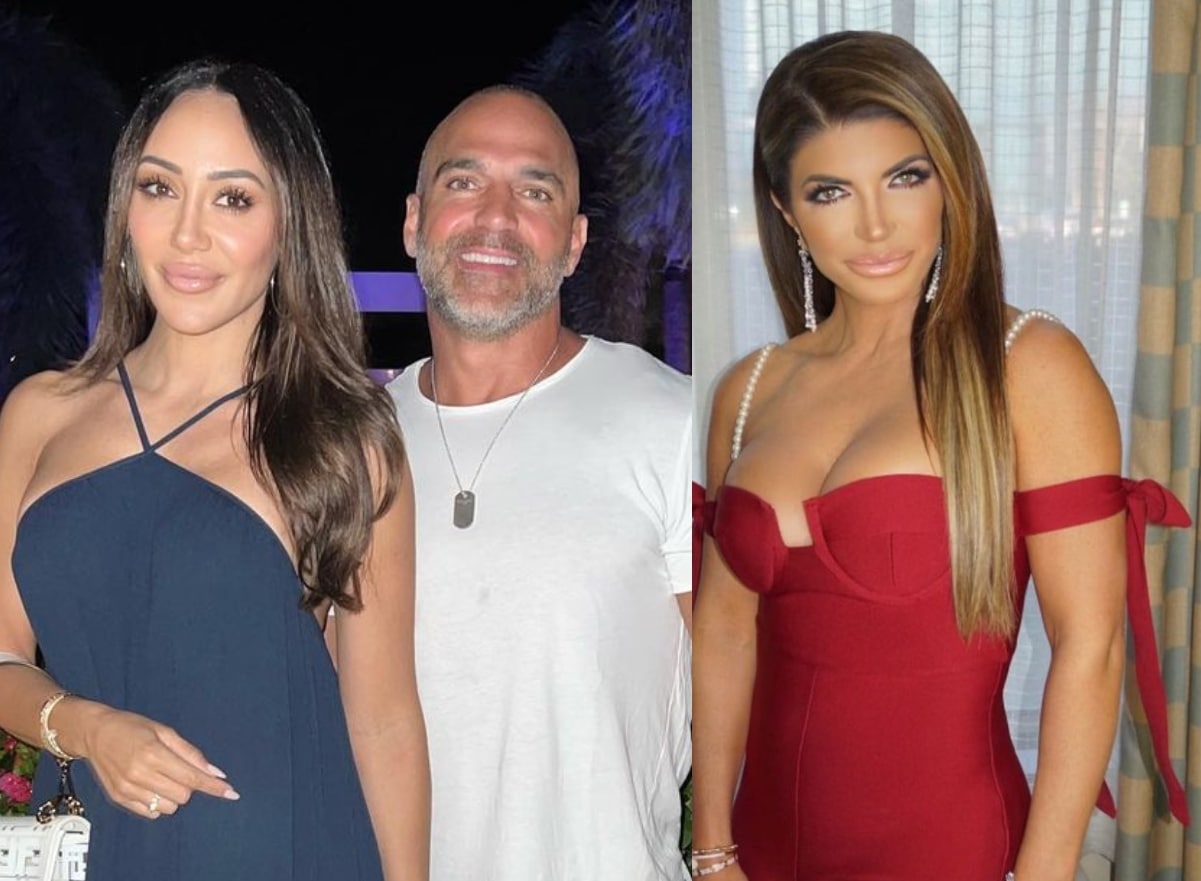 Joe Gorga posted a shady message on Instagram over the weekend that many are convinced was aimed at his sister, Teresa Giudice.

Following their tense encounter at the Real Housewives of New Jersey reunion, in which Teresa called Joe a “b-tch,” Joe took to his social media account with a post about “snakes” as his wife, Melissa Gorga, announced the launch of her new line of fitness products.

“Watch out for snakes,” Joe warned in the caption of his May 14 post, which included a message that read, “Snakes don’t hiss anymore. They call you baby, bro, honey or friend.” 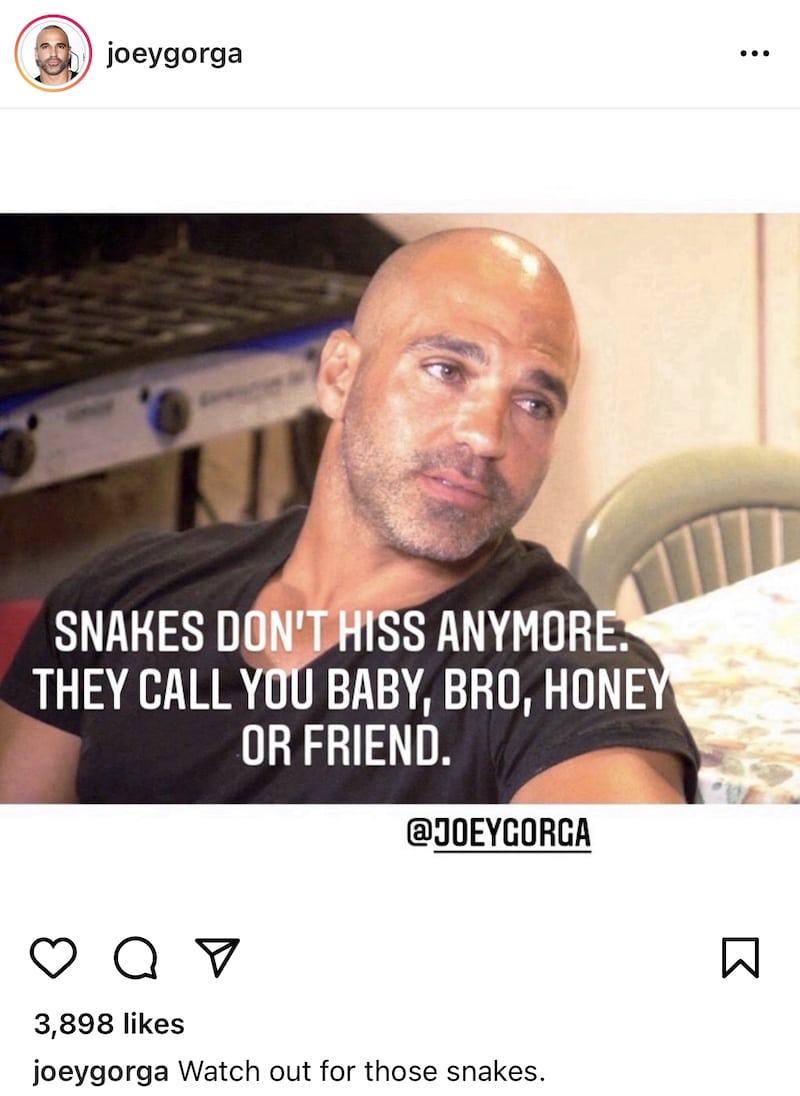 While Joe didn’t name any names in his post, his fans and followers seemed to have no question about who he was referring to.

“Feel sad for you and your family. Cannot be easy to listen to your only sister demean and degrade you on national TV,” said another.

A third applauded Joe as a “great guy” and said his parents “would be proud” despite Teresa’s recent suggestion that they would have been upset about the way he treated her at the reunion.

“[You] need to cut all ties with her! Trust me it’ll be the best decision ever!” a fourth recommended.

And someone else agreed, telling Joe, “Run don’t walk. I would quit and step away from Teresa family and [Luis Ruelas] – you guys need a break – let her live in her bubble and you in yours”

In other Gorga news, Joe’s wife, Melissa, announced on May 14 that her fitness collection has hit stores.

“My fitness collection is in retail stores internationally!! It’s in the US at [Ross] and in Australia & the UK at [T.J. Maxx] LETS GET FIT THIS SUMMER!! The Melissa Gorga fitness collection!! Letssss goooo,” she proclaimed, along with a slideshow featuring a video and photos of her line. 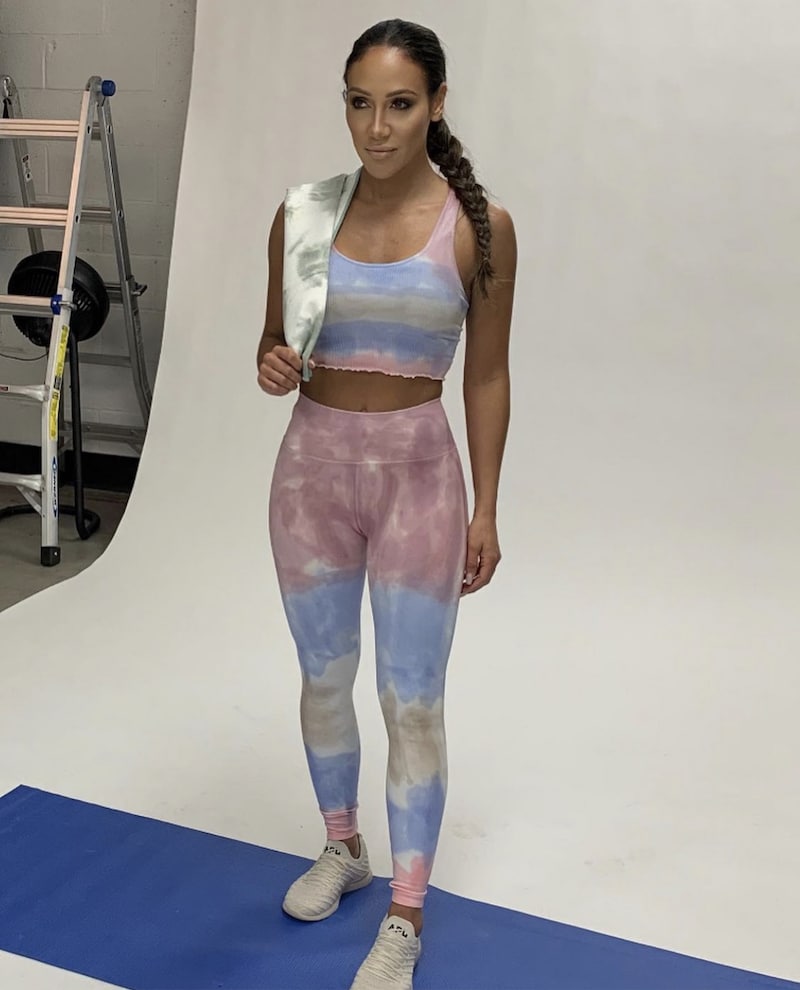 As RHONJ fans will recall, Teresa’s own fitness line become a hot topic on the show after Margaret Josephs refused to wear her leggings, prompting Teresa to insult her figure — and face tons of backlash for doing so.

“You can’t sell what you’re selling and body shame at the same time. It doesn’t make sense. It felt like she wasn’t thinking in the moment,” Melissa said of Teresa’s diss.

The Real Housewives of New Jersey season 12 reunion concluded on Tuesday, May 17, at 8/7c on Bravo.