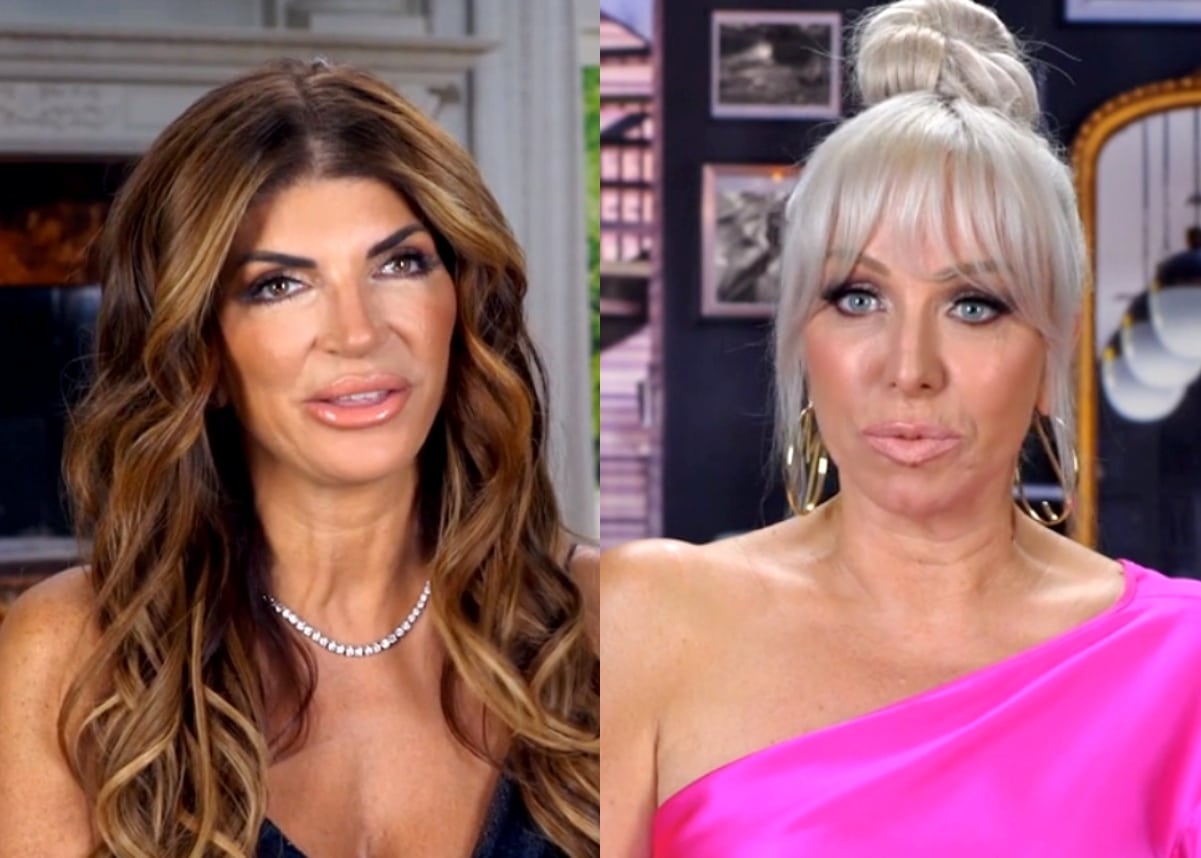 Teresa Giudice admits that when it came to her comment on The Real Housewives of New Jersey about Margaret Josephs not missing meals, she was being intentionally shady.

After being accused of body-shaming her co-star for a second time, Teresa responded to Jennifer Aydin, who said that her statement about Margaret’s eating habits was a “shady dig” that was done “on purpose.”

On the April 19 episode of the RHONJ: After Show, after listening to Teresa point out that she hadn’t gotten to eat the night before the comment was made (due to her drinking throwing extravaganza), and note that she intended to get fed on that particular evening, Jennifer called out her castmate, saying, “There was a shady dig from you, Teresa, to Margaret about eating the meals.”

“Teresa was just being shady, yes. She was trying to press buttons. That was on purpose,” Jennifer continued.

“Of course, I was being shady. You wanna push buttons? I’ll push them right back, girlfriend,” Teresa agreed.

In her own RHONJ: After Show segment, Margaret, who Teresa previously suggested needed a pair of leggings from her line to improve the look of her backside, suspected that Teresa had simply run out of things to say to her and thus targeted her body.

“That’s I guess the only thing she could really say about me, the way I look,” Margaret stated.

Although Teresa has doubled down on her body-shaming comments towards Margaret, Dolores Catania doesn’t understand where her co-star’s criticism is coming from and told Margaret, “Margaret, you know how I feel about you… I’d rather you have no clothes on.”

Luckily, Margaret hasn’t taken anything Teresa has said about her figure to heart.

“I do not take anything she says seriously, but it’s horrific that someone would stoop to the level,” she acknowledged. “But she’s so upset she doesn’t even know what to say and what is she so upset about? That’s what I want to know? What is she protecting? What is so devastating?”

According to Dolores, she doesn’t understand why Teresa and Jennifer were so upset at Marge during their cast trip to Nashville.

“I would just be like, ‘Your opinion means nothing to me. Move on from this.’ That’s what I would say,” Dolores said, giving a nod to the ongoing speculation into Luis Ruelas‘ potentially troubled past relationships.

“I’m not a big one of that,” Dolores replied.