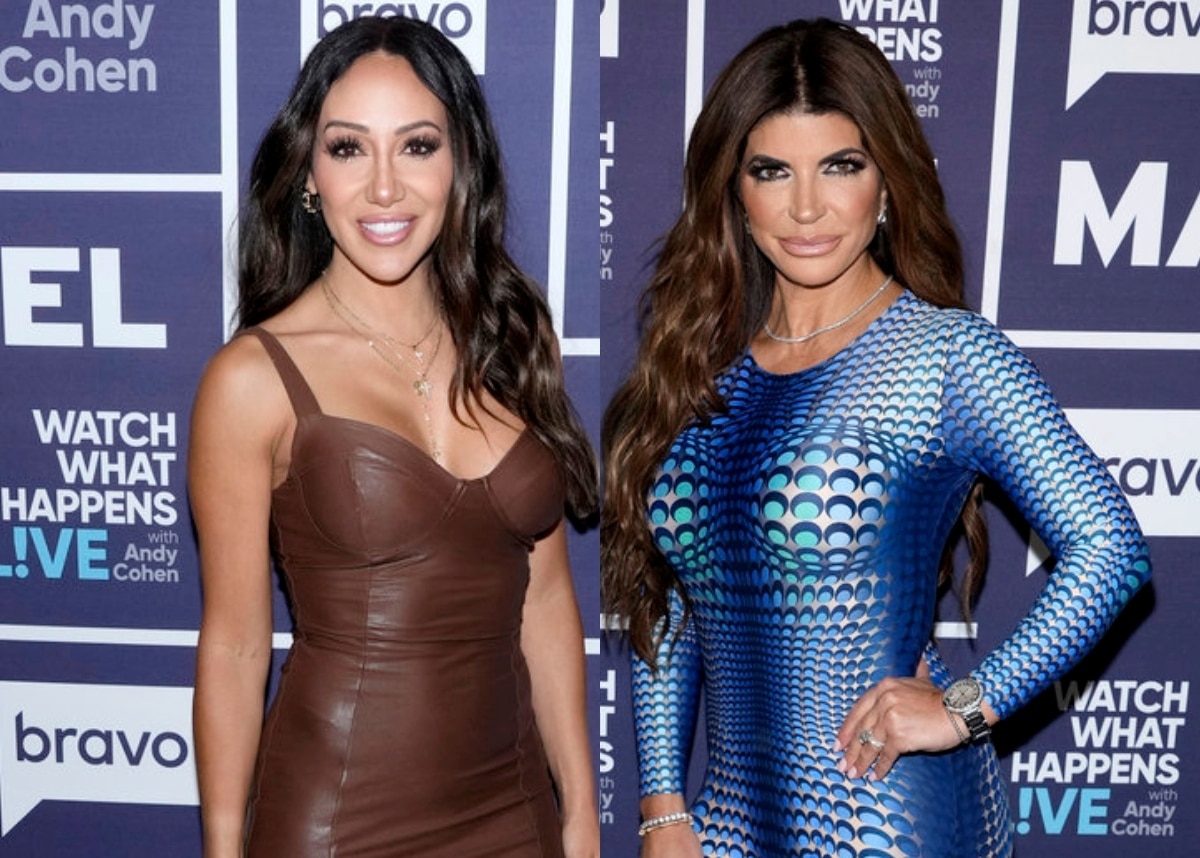 While appearing on Tuesday’s episode of Watch What Happens Live, Melissa played a game of “Who Will It Be, Marge or Tre?” During the game, she admitted that she and Teresa haven’t been in touch, and then she took aim at her sister-in-law’s loyalty and accountability. She also revealed Teresa was the cast member who made the most enemies at the taping.

After revealing she’s spoken to Margaret Josephs more than Teresa on the April 19 episode of WWHL, host Andy Cohen questioned Melissa about whether or not she’s spoken to Teresa at all.

Melissa continued, saying that out of Teresa and Margaret, Teresa has a harder time being accountable and it is Margaret who is more loyal to her. She also said Teresa made the most enemies at the RHONJ reunion and noted that Teresa has let fame go to her head more than Margaret.

As Melissa sat in the guest chair alongside Jackie Goldschneider, her husband, Joe Gorga, sat in the front row of the audience and was mentioned by Andy, who gave a nod to a recent rumor.

“Lots of speculation Joe… walked out [of the reunion] because of something relating to Gia,” Andy said as he turned to face Joe. “You did walk out but it didn’t have anything to do with [Gia Giudice], we can establish that… It didn’t. And you will find out why.”

“Finally someone says it. I’ve been reading it everywhere. I’m like, ‘It had nothing to do with Gia,'” Melissa replied.

Also on WWHL, Melissa was asked why she didn’t defend Margaret against Teresa’s body-shaming at Dolores Catania‘s charity baseball game, where Margaret refused to wear items from Teresa’s leggings line.

“See I wasn’t standing there when she was doing it. I saw that when it played back,” Melissa explained, adding, “I would have, though. To be honest, I would have said, ‘Don’t say that.’ Because that is one thing. First of all, you can’t sell what you’re selling and body shame at the same time. It doesn’t make sense. It felt like she wasn’t thinking in the moment.”