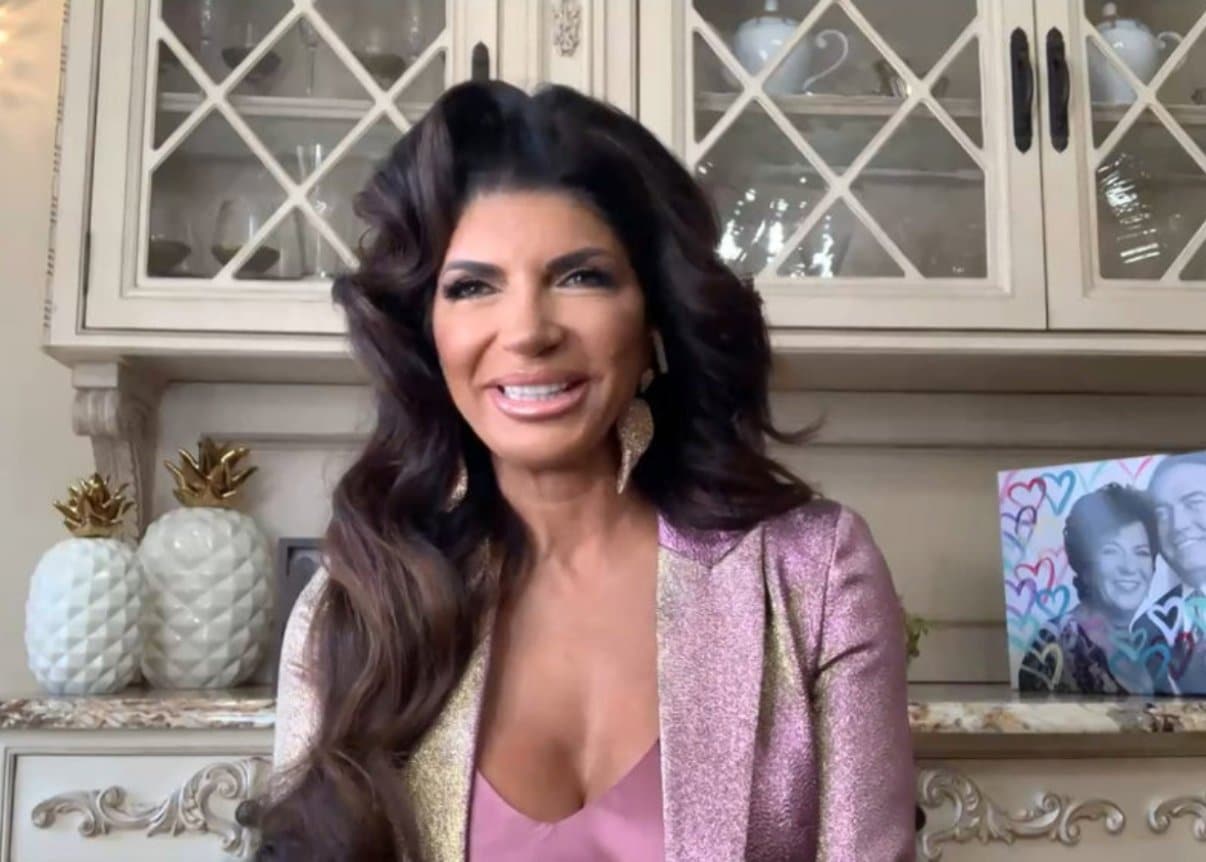 Teresa Giudice appeared on Tuesday night’s Watch What Happens Live, where she confirmed she will not be including her sister-in-law, Melissa Gorga, in her bridesmaid lineup as she prepares to wed fiancé Luis Ruelas.

Before revealing that Luis’ former flame is dating Dolores Catania‘s ex-boyfriend, Dr. David Principe, despite a prior denial, and pinning Melissa against Jennifer Aydin in a game of loyalty, the Real Housewives of New Jersey cast member attempted to downplay her sisterly snub.

During the March 15 episode of the WWHL: After Show, Teresa confirmed she’s in the midst of planning her New Jersey summer wedding to Luis and noted that while she will have “eight” bridesmaids, none of her RHONJ castmates will be included — even her brother’s wife.

“No, no… But don’t make a big deal. I mean, come on. Come on,” Teresa told host Andy Cohen when he asked if Melissa would be in her bridal party.

Then, when Andy wanted to know if Melissa would be learning that for the first time, Teresa admitted, “I mean, I guess so. I mean, hello, we’re on national TV.”

And, although Dolores admitted she was unsure about her former boyfriend’s relationship with Luis’ ex, Teresa made the connection.

“Yes, the girl that he was dating right before me is dating, yes, David,” she stated. “They were only seeing each other for two months, so I don’t think she was his girlfriend. It was a girl he was seeing for like two months. And yeah, she’s like, matter of fact, the morning, I met him around like around 11 or 12 and then that night before, he went on a date with her. He told me afterwards and then after he met me, he never spoke to her again… But I heard she’s really nice.”

During the live broadcast of WWHL, Teresa was asked a series of questions regarding Melissa and Jennifer. And after claiming she trusts the ladies equally, it was Jennifer who she deemed as the “most loyal” of the two.

When Teresa was then asked by a fan why she was so quick to forgive Jennifer for speaking ill about her family behind their backs but took issue with Margaret Josephs, who came to her directly with her concerns about Luis, Teresa insisted the two situations were very different.

“After Jennifer said that, I told her, I said, ‘Listen, you need to make it good with my brother,’ And she did. And they double-dated a few weeks ago. And they’re good,” Teresa revealed. “I said to her, ‘If you fight with my brother, I can’t be friends with you.’ And you know what she said? ‘You’re right. You are 100 percent right. You need to pick your brother over me.’ She said that.”

Although Teresa said Melissa wasn’t as loyal as Jennifer, she did note that she appreciated her and Joe having Luis’ back on the latest episode of the show.

“Yes. Yeah, thank you. They should. They’re my family,” she told Andy.

As for changing her mind about a prenup, which she said she wasn’t getting earlier this year, Teresa admitted she still has no plans in place to sign one with Luis.

“I don’t know… whatever Luis wants, meaning, because he has more than me. So whatever he wants to do,” she said.