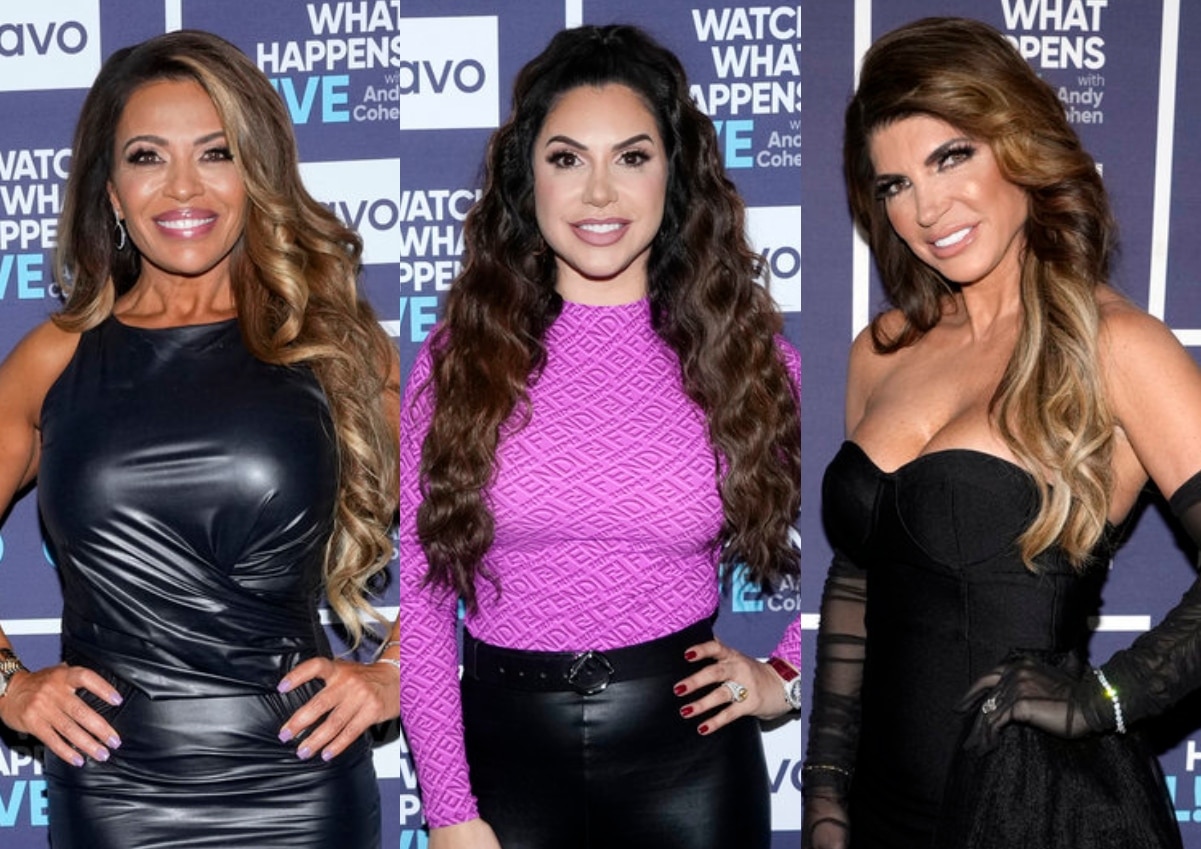 Dolores Catania appeared on Tuesday’s episode of Watch What Happens Live, where she took aim at her Real Housewives of New Jersey castmate, Jennifer Aydin.

Before addressing Teresa Giudice‘s meltdown on the latest episode of the show, reacting to Teresa’s comment about the RHONJ cast never having her back, and more, Dolores was asked by host Andy Cohen to reveal whether Jennifer or Margaret Josephs was the more loyal friend.

“Well right now, Jennifer’s being very disloyal to me. She’s saying like… [She’s] accusing me of not being there for her but I was, in my way, trying to be tough love, like, ‘Jennifer, you got this,'” Dolores replied on the February 22 episode of Watch What Happens Live.

During Tuesday’s RHONJ, Teresa told a producer to go “f-ck yourself” after rumors began swirling about fiancé Luis Ruelas‘ past. Looking back, Dolores admitted it was unlike her longtime friend to storm off but admitted she would have done the same.

“She’s not a runner. I think she feels funny because it’s Luis but she’s one to stand and fight,” Dolores shared. “I would act the same way. Bringing somebody in this is hard because they’re doing this for you so now you feel twice the anger because you feel guilty.”

When Teresa appeared on WWHL earlier this month, she admitted she was open to reconciling with former friend Jacqueline Laurita. And while Dolores said she doesn’t “speak to Jacqueline that much,” she noted that she’d love the ladies to make amends.

“I have no problems with Jacqueline… [But] we don’t talk as much. [Caroline Manzo] I speak to often. But I think that they should mend fences,” Dolores stated. “They were very close at one time. I’d like to see that happen.”

When Andy then asked if she was in touch with Dina Manzo, Dolores gave a quick, “No.”

Also on Tuesday’s RHONJ, Jackie Goldschneider made what many felt was an inappropriate and insensitive comment about Dr. Bill Aydin keeping “it” in his pants.

“It was vulgar in the moment. It was very upsetting to what was going on,” Dolores agreed.

Although Dolores didn’t appreciate Jackie’s terminology, she told a WWHL viewer that she didn’t feel Margaret was unfairly judging Jennifer for Bill’s affair.

“I don’t think she’s judging her,” Dolores told the person.

Later, on the WWHL: After Show, Dolores was asked how she felt about Teresa saying on Real Housewives: Ultimate Girls Trip that no one on the RHONJ cast has her back.

“No. No. I don’t agree with that and I feel bad she said it,” Dolores admitted. “I feel I have. I’ve gotten a lot of slack for it at times but I don’t mind doing it. She’s my friend.”

Back on the live broadcast, Dolores said that when it comes to the ongoing tension between Gia Giudice and her uncle, Joe Gorga, who Dolores made it clear she never hooked up with, saying she looks at him “like he’s a seven-year-old kid,” she understood that Joe was in a tough place.

“It’s a hard call because he feels a lack of respect but when it comes to a kid, you kind of gotta eat it a bit. But it’s hard for him,” she explained. “He’s an old-school Italian guy. It’s a hard call for him. I know what I would do… I would eat it.”

Also on the show, Dolores reacted to a recent report claiming her ex-boyfriend, Dr. David Principe, is dating one of Luis’ exes.

“I think there is a connection, I don’t know that it’s the ex that we heard of. I don’t know,” she revealed. “I need to research this. I know her name is, the name we know of, but I don’t think it’s the same girl that we know. David’s dating a girl named Vanessa.”