Home Real Housewives of New Jersey News RHONJ’s Joe Giudice Blasts Joe Gorga Over Fight With Gia, Says He Should Be “Embarrassed” and Takes Credit for His Success After “Devil” Diss

RHONJ’s Joe Giudice Blasts Joe Gorga Over Fight With Gia, Says He Should Be “Embarrassed” and Takes Credit for His Success After “Devil” Diss 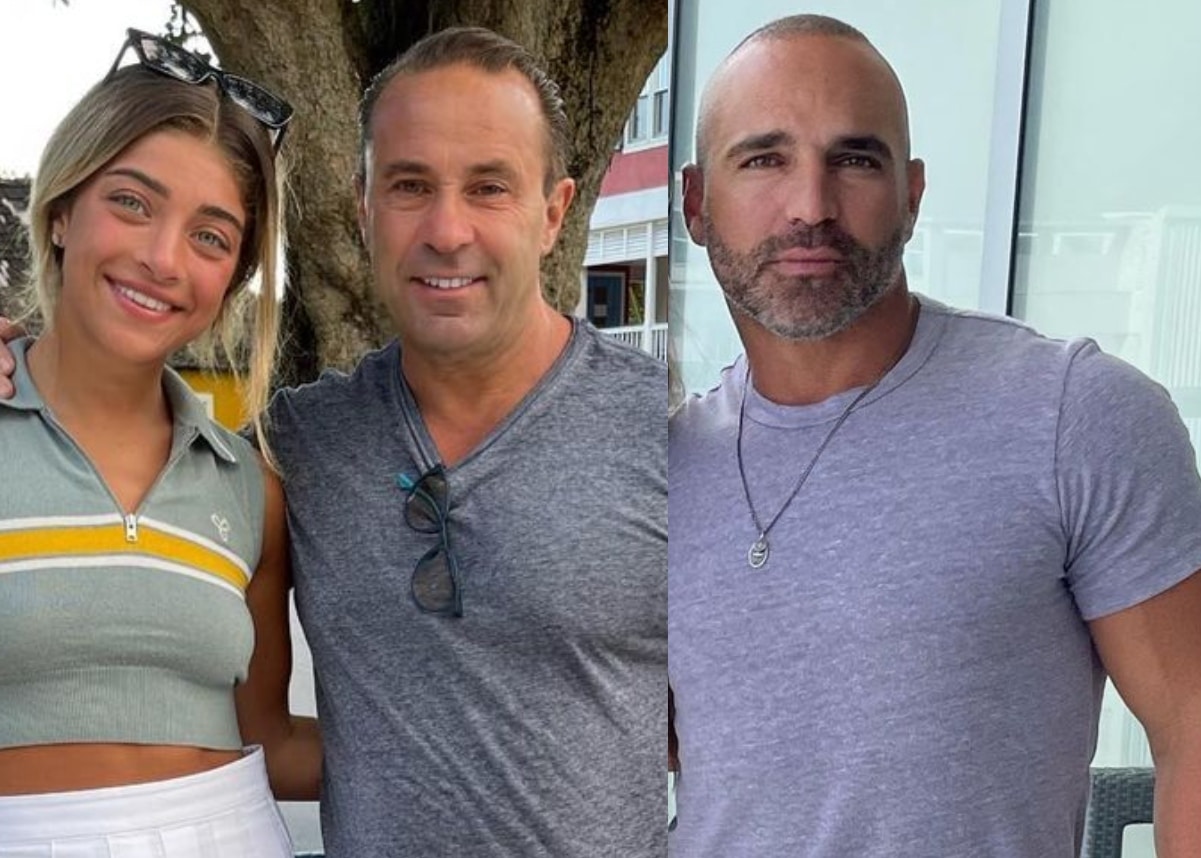 Joe Giudice is clapping back at Joe Gorga following the release of the Real Housewives of New Jersey trailer.

After watching as his oldest daughter, Gia Giudice, 20, faced off with his ex-brother-in-law during a cast event, Giudice is shaming Gorga for his behavior and taking credit for the success he’s seen in business.

“He should be embarrassed after all I’ve done for him, his family, his parents, and everything else,” Giudice told Celebuzz on January 5. “And he continues to be a jack-ss saying things about me in front of my kids in public. I mean, it doesn’t make any sense. He’s obviously lost his marbles. He doesn’t make any sense at all.”

In the recently released clip, Gorga is seen getting upset with Gia — and accusing her of shooting him mean looks.

“She looks at me like I’m the devil. Her father was the devil,” Gorga was seen saying of his niece as she stood nearby.

“That’s when I walk away from you,” Gia fired back.

As RHONJ fans well know, Gia and her sisters, as well as her mother, Teresa Giudice, faced years of hardships, and prison time, after Giudice was found guilty of bank and wire fraud years ago. However, despite the fact that Giudice spent years behind bars and was ultimately deported from the United States, he’s remained on good terms with his children. Recently, they have been seen spending time with him in the Bahamas.

Continuing on to Celebuzz, Giudice, who is newly single after a split from girlfriend Daniela Fittipaldi at the end of last year, said Gorga would be nothing if it weren’t for his help.

“Without me he still would be climbing trees, cutting branches. He should grow up!” Giudice added.

Also in the sneak peek at RHONJ season 12, Giudice’s youngest daughter, Audriana Giudice, 12, was seen telling her mother, “Your brother is saying things about Dad.”