Joe Gorga on What Really Triggered RHONJ Reunion Walk-Off, If Bravo Paid Him, Plus He Slams Teresa’s Hypocrisy 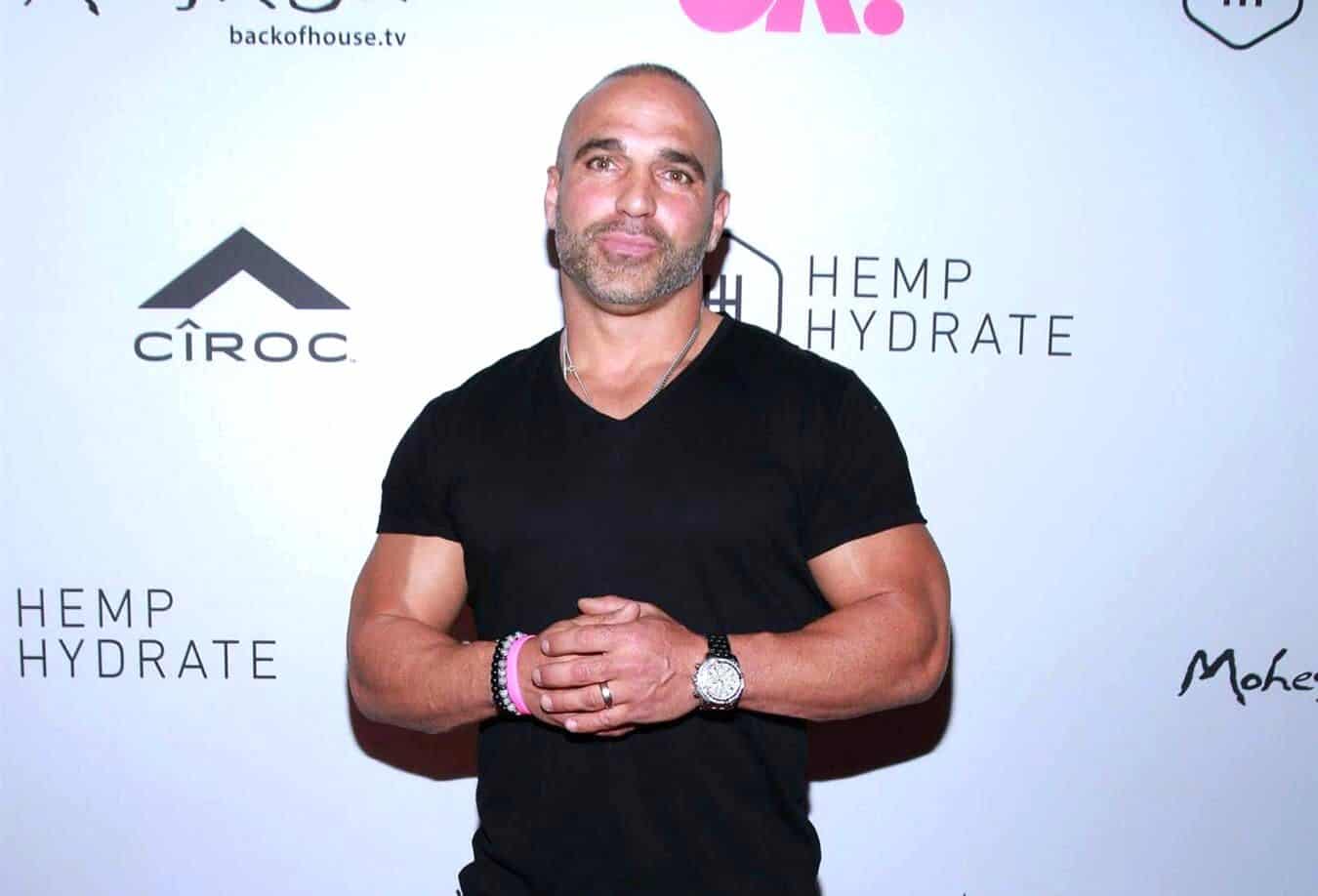 Joe Gorga is revealing the real reason he stormed off set at The Real Housewives of New Jersey reunion as he also reveals if he was paid for the RHONJ reunion.

After fans watched as he left set, declaring he was done with the show amid a feud with his sister, Teresa Giudice, on part one of the season 12 special, Joe appeared as a guest on wife Melissa Gorga‘s podcast, where he explained what made him get up and leave amid the taping, which Melissa confirmed he was paid for.

“I think the way [Teresa] just put me down,” Joe shared on the May 5 episode of Melissa Gorga: On Display. “She knows we’re on a TV show. We’re all working. [And] I’m putting my two cents in if I have to and she kind of like agreed with [Jennifer Aydin] when Jennifer was horrible by saying [he was a b-tch boy] anyway.”

“It’s the way she speaks to me. I’m her little, little brother. And we only have each other. We lost our parents and I was just done,” he continued. “It’s just been 12 years of this and we’re on a show and I’ve been dealing, it’s actually a woman’s show and you get caught up in the drama but I, unfortunately, have a sister on the show. And I had a brother-in-law [Joe Giudice] and I have nieces and I had parents. I’m just tired.”

According to Joe, Jennifer acted out against him by suggesting he was a “b-tch boy,” even though all he was doing was defending his wife — just as she complained Bill Aydin wouldn’t do for her.

“I’m just being a husband to my wife. [Jennifer], she’s upset because her husband doesn’t defend her. She talked about that. But that’s her jealousy and my sister jumped on that bandwagon and it just hurt me,” Joe noted. “Like, wow, that’s my sister. Sometimes you’re just like, ‘I just want to be loved.’ And you just want your sister there. I look at [Melissa] and her sisters and your family and I get jealous sometimes. I’m like, ‘My God, is this what family’s supposed to be?’”

Looking back at his encounter with Jennifer, Joe said that he didn’t really care that she called him a “b-tch boy.” Instead, it was Teresa’s agreement at the reunion that he found disgraceful.

“When my sister does it, and she knows why I’m on the show and what we’re doing, we’re actually working… She tries to belittle her brother,” Joe shared. “That hurt me and I looked at her like, ‘Wow, we just lost our dad a year and a half ago. We just lost our parents. We have nothing. We have no one.’ And I looked at her like with just, sorry, disgrace.”

Joe also took issue with Teresa’s hypocritical behavior, pointing out that while she criticized him for getting involved in the drama, she was completely fine with Luis doing the same.

“He comes on the show and he gets ripped apart because of his past and then he talks to [Margaret Josephs] and he comes on the show and he does all this stuff to make my sister happy and he belittles himself in a way but he’s not a b-tch for doing this on national TV,” Joe pointed out. “He was fighting back with Margaret. Now here he’s getting involved with a woman. Was he a b-tch? Is he a b-tch boy? We’re all doing the same thing. He’s getting involved.”

“[And] it’s very different for you than it is for the other Housewives franchises and the men because it’s your whole family on the show,” Melissa replied.

Although Joe receives constant questions about why he gets involved with the drama of the show, he doesn’t know how he could stay out of it, especially considering so much is quite personal to him.

“You got your niece [Gia] that comes out and says things to you, your sister, your brother-in-law, and it becomes real life for me and it hurts and then you react in such a way that I don’t even care about cameras. I don’t even know the cameras are there,” he confessed. “It’s so hurtful when you come from the heart, like you give your heart and soul to this family and then they just rip you down.”

Part two of the Real Housewives of New Jersey season 12 reunion airs Tuesday, May 10, at 8/7c on Bravo.