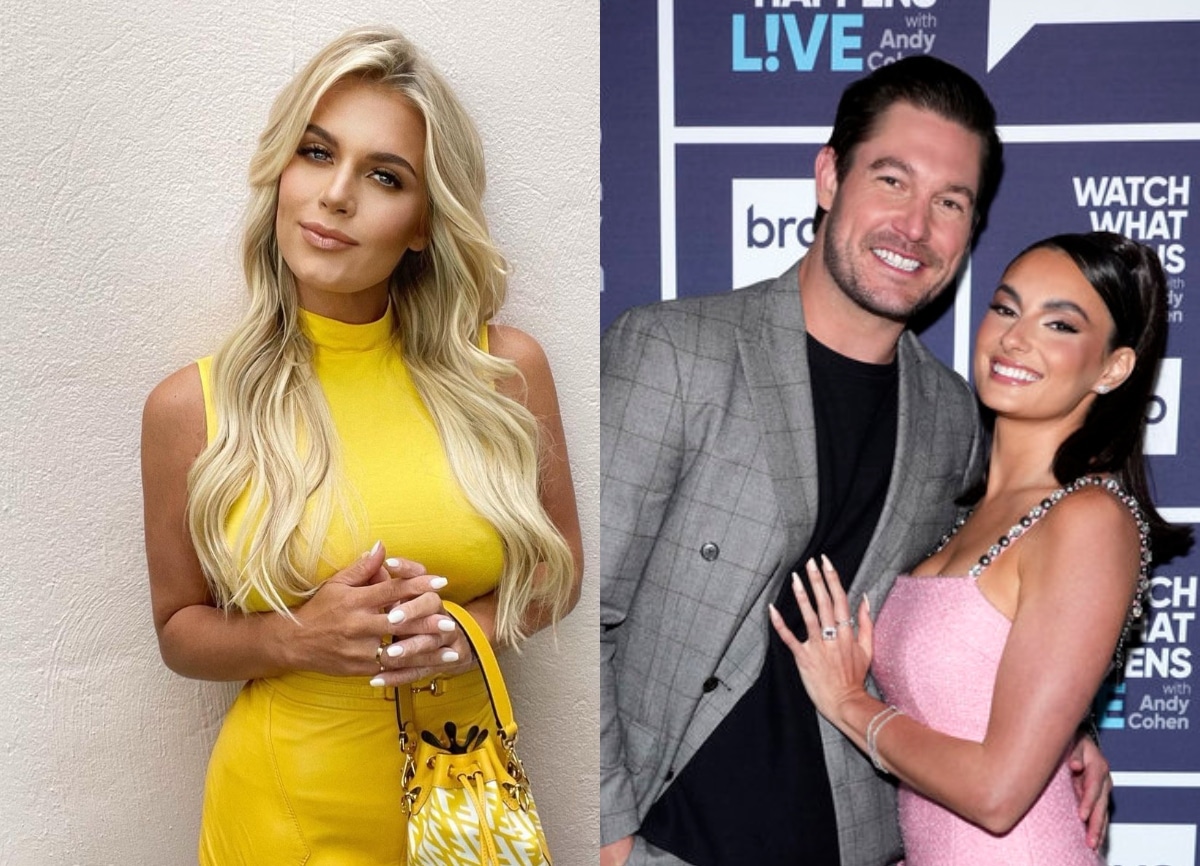 Madison LeCroy is weighing in on Craig Conover‘s relationship with Paige DeSorbo.

After years of feuding with Craig over her past relationship with Austen Kroll and the claims he made regarding her supposed affair with Alex “A-Rod” Rodriguez, the Southern Charm cast member said she hopes “Craig is good” before seemingly addressing her reported demotion and dishing on her honeymoon plans with fiancé Brett Randle.

“Love Paige, I think she’s adorable,” Madison said during an Amazon livestream earlier this week, via E! News. “She can do no wrong.”

According to Madison, she’s a “huge fan” of Paige, who temporarily moved to Charleston and is expected to appear on season eight, but speaking of Craig, she seemed to have her doubts about his ability to be “good.”

“I hope Craig is good. I know he loves her. I hope they stay together because I want her around more often,” Madison explained.

As for her apparent reduced role, Madison made it clear that she’s not planning to leave the show.

“All you guys have to know, I know there was a little bit of confusion, is I’m not going anywhere and I’m in there. You have to understand my priorities have changed tremendously than what they were when I was in this mix years prior,” she revealed, giving a nod to her engagement to Brett and the ongoing care of her nine-year-old son, Hudson, who she shares with ex-husband Josh Hughes.

Not only is Madison not leaving the show, but she’s actually planning on returning for the series’ ninth season and hopes to share her wedding plans with the cameras at that time.

“Hopefully everybody stays tuned, and we can get another season in, and hopefully then that’s when you’ll see more of the wedding planning things happen,” she teased.

Also during the livestream, via Us Weekly, Madison said she and Brett are considering Africa for their honeymoon.

“We’re thinking of going to Southern Africa, which tons of people have recommended and loved it,” she revealed. “I don’t think we would go there any other time and I think it would be a very luxury trip.”

“[And] since the connecting flight is in Paris I suggested we stay there for two to three nights,” Madison added.