Home Vanderpump Rules Stassi Schroeder on Where She Stands With Lisa Vanderpump and Kristen Doute, Planning Sex With Beau, and What She Did After Firing, Plus Future Plans

Stassi Schroeder on Where She Stands With Lisa Vanderpump and Kristen Doute, Planning Sex With Beau, and What She Did After Firing, Plus Future Plans 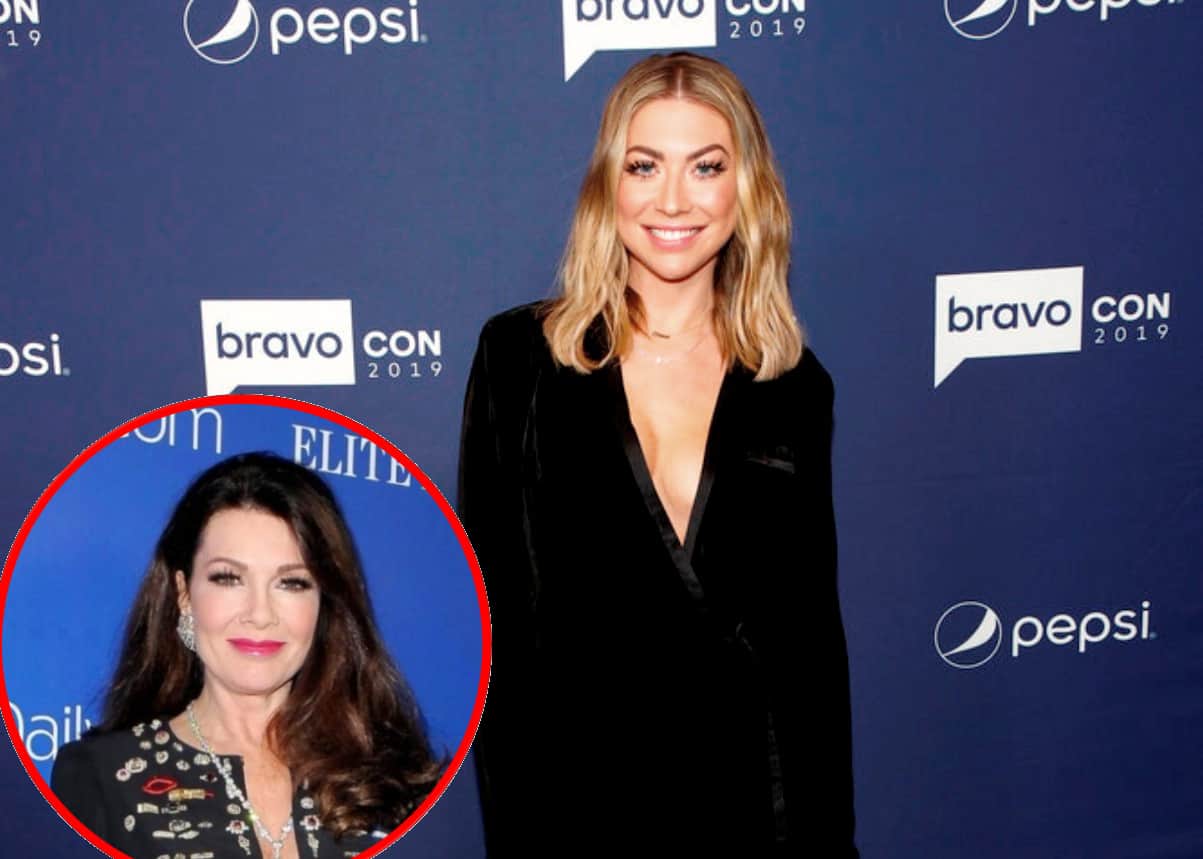 Is Stassi Schroeder in touch with Lisa Vanderpump after being fired from Vanderpump Rules in June 2020?

While appearing on a podcast last month, Stassi offered an update on where she stands with Lisa before discussing her intimate relationship with husband Beau Clark, explaining how her friendships with Katie Maloney and Kristen Doute are different, and revealing what she did after being fired from the Bravo reality series.

After the hosts of The Skinny Confidential Him & Her podcast mentioned that Lisa had recently applauded Stassi as good television, Stassi admitted the comment was “nice of her to say.”

“Every time I’ve run into her and see her, it’s been a very lovely conversation and everything I see that she’s been putting out there are things like that,” Stassi noted.

Although Stassi admitted that she and Lisa were never on close enough terms that they would call and text one another, they had a cordial relationship throughout her employment.

“[We were] as close as a boss can be with someone… It’s more of a, if I run into her, it’s a nice experience and I enjoy running into her,” she explained.

As for her marriage to Beau, Stassi said that now that the two of them are parents to one-year-old daughter Hartford, she has to be more intentional about their love life.

“I plan certain days,” she confirmed. “He doesn’t know that I’m planning it but I know that on this day and this day during her nap, I will initiate this. Beau now knows not to even initiate anymore… just let me initiate when I’m h-rny.”

When Stassi was then asked about her friendships with Katie and Kristen, she admitted that she and Kristen weren’t nearly as close.

“Katie is my baby’s godmother. She’s one of my closest friends and I’m friends with Kristen but it’s not the same,” she admitted. “We’re all going in different directions and our lives are so different. I don’t have time to just like, be a Witch of Weho.”

While Stassi didn’t say exactly why her relationship with Kristen is different, she proceeded to discuss her desire for “low maintenance friends.”

“I just feel like your friends should match your level of what it is. So when somebody’s extra needy or needs me to text them every day or hang out all the time, I’m like, ’No no I’m a low-maintenance friend… that’s what I need from you,'” she shared.

After Stassi was fired for past racist behavior nearly two years ago, she took a break from social media to focus on other things as she prepared for the arrival of her first child.

“I never went on social media. I went on Pinterest. That was my only safe space for social media. I decided to zone out, do nothing, focus on what makes me feel happy and healthy. And I just watched Outlander for like a whole summer long and bought Halloween and Christmas decorations seven months prior to the actual holidays,” Stassi recalled, noting that she also “baked 24/7” and “learned how to make a yule log.”

Also during the podcast, Stassi shared her plans for the future, stating that she hopes to return to her former podcast, go back on tour, and create a new series based on her second book, Off With My Head: The Definitive Basic B*tch Handbook to Surviving Rock Bottom.

“One thing I’ve learned over the last two years is to focus on one thing at a time and really put my all into that one thing and then move onto the next and so in my brain, I put everything I had into this book and then now this wedding and the next step, this summer, the focus is [restarting] my podcast,” she revealed.

“And then eventually I can be like, ‘Let’s podcast tour again, and does somebody want to buy the rights to Off With My Head so I can produce that show because I have lots of ideas? So that’s where my vision board is but I’m taking one step at a time,” she continued.

Vanderpump Rules season 10 is expected to go into production soon.