Teddi Mellencamp and Vicki Gunvalson Get in Twitter Feud After Teddi Mentions Brooks’ Cancer Scam and January 6th as Vicki Fires Back at RHOBH Alum, Plus Kyle and Tamra React 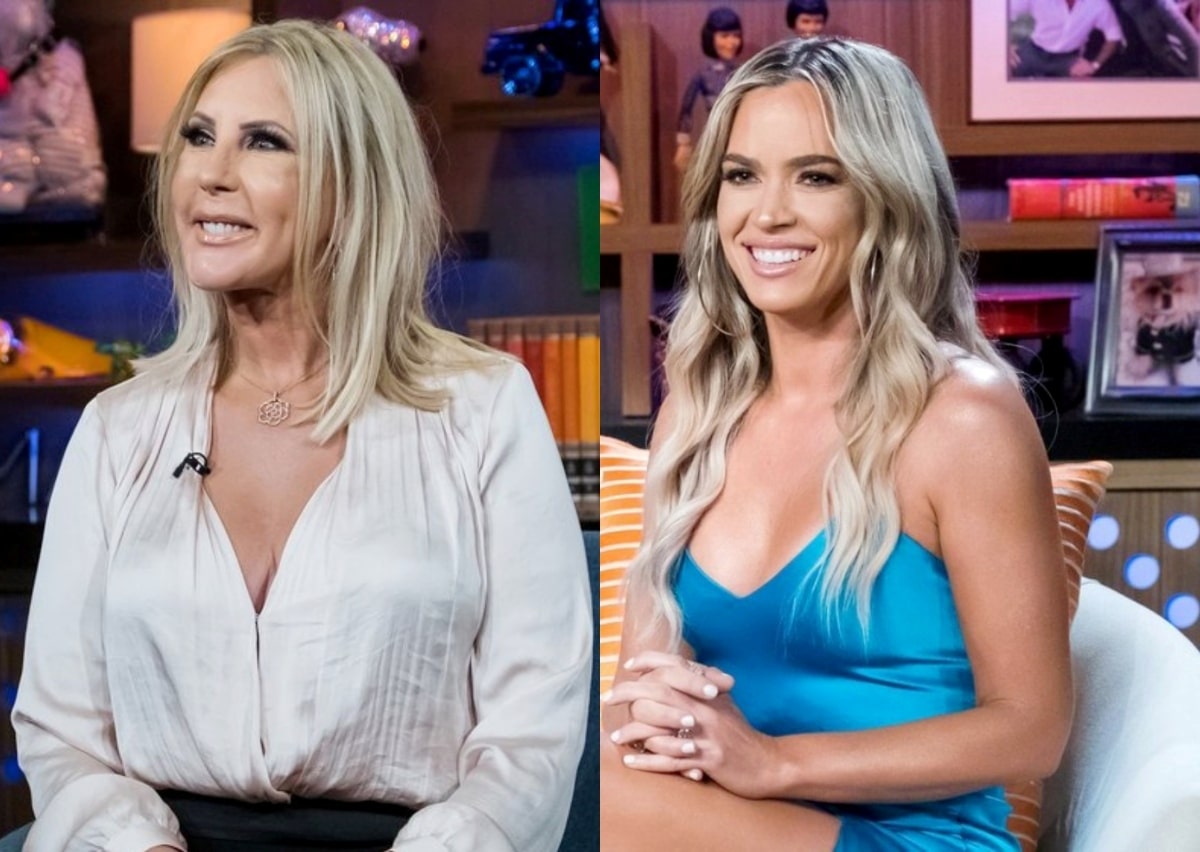 Teddi Mellencamp took to her Twitter page on Wednesday night to throw some shade at Vicki Gunvalson after learning the Real Housewives of Orange County alum had allegedly tried to get her fired from her shared podcast with Tamra Judge.

In a series of tweets, the Real Housewives of Beverly Hills alum targeted Vicki’s role in Brooks Ayers‘ cancer scam of RHOC season 10, and she suggested she may have been part of the January 6 insurrection at the Capitol in Washington, D.C. Then, Vicki clapped back by mentioning Teddi’s firing from RHOBH.

“Any other Bravo fans watching I Love That for You on Showtime with Vanessa Bayer? It’s about a girl who scams her way into a job by lying about having cancer. Just feels so familiar,” Teddi tweeted on June 22.

But Teddi wasn’t done, and after seeing what Vicki had written, she seemingly targeted her political views.

“Well if we’re talking numbers, could you let us all know where you were on January 6th?” Teddi asked, wanting to know where she was when Trump supporters stormed the Capitol building. 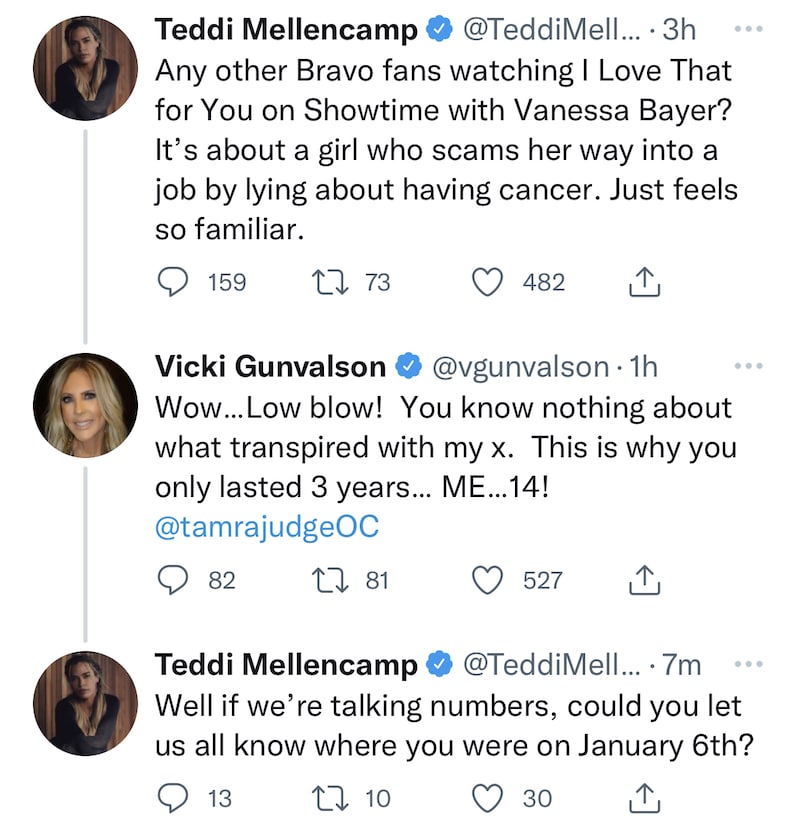 After the interaction began turning heads on social media, the Queens of Bravo on Instagram shared a screenshot of the ladies’ tiff, and shortly after they did so, Kyle Richards responded with a series of eye emojis.

Kyle also responded to the feud by resharing a message Teddi had written on her Instagram Story, making it perfectly clear whose side she was on.

“Be kind. But stand up for yourself and the people you care about. Not once has [Kyle Richards] spoken poorly about [Tamra Judge] – She would never! She supports me as her friend and wants me to succeed – That’s what friends do! Plus we [love] Tam,” Teddi’s message stated, also including the song “Hey Jealousy” by the Gin Blossoms. 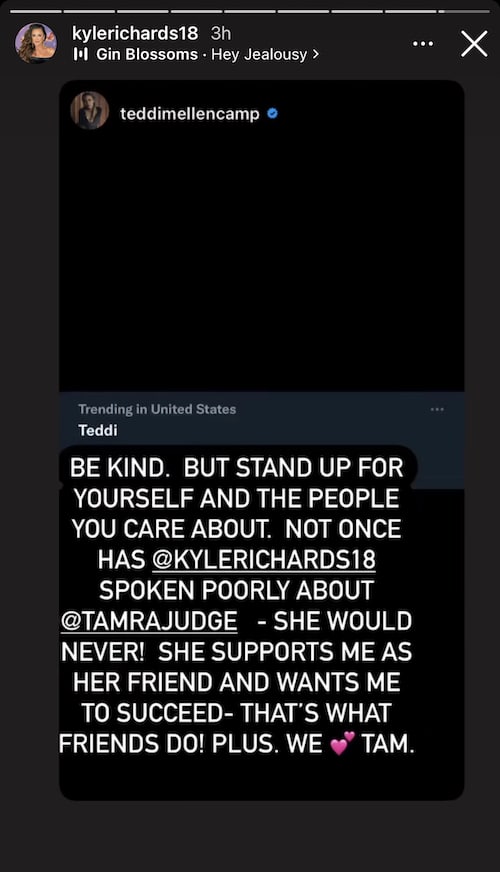 In addition to Kyle reacting to the drama, Tamra did as well. However, rather than side with one friend or the other, the RHOC alum hinted she did not want to be involved with a meme.

“Now why am I in it?” the meme read, according to a screenshot shared by Faces by Bravo on Instagram. 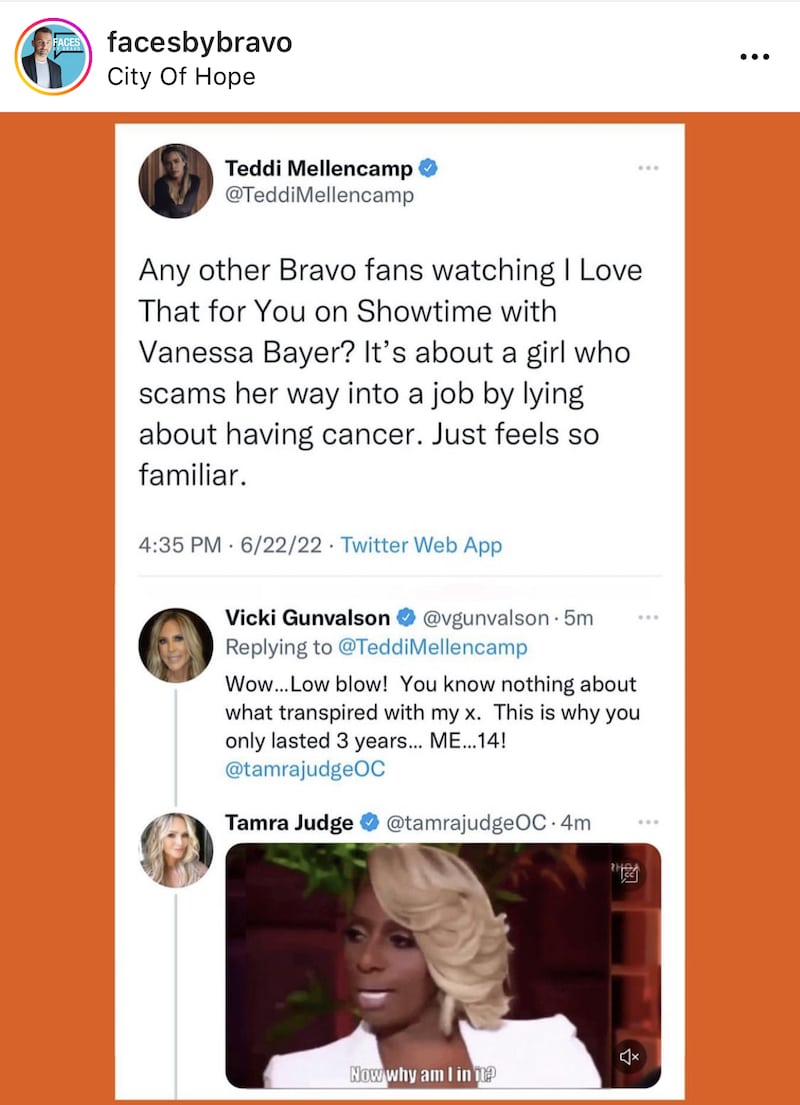 Vicki and Tamra can be seen together on the second season of Real Housewives: Ultimate Girls Trip, Ex-Wives Club, which began streaming on Peacock on Thursday.