Home Real Housewives of Beverly Hills News Kyle Richards Shades Crystal’s 14-Friend Fallout as a “Red Flag” and Says She Knows Some of Them, Jokes RHOBH Cast Wanted COVID Before Reunion, and Reveals Advice She Gave Daughters Before Netflix Debut

Kyle Richards Shades Crystal’s 14-Friend Fallout as a “Red Flag” and Says She Knows Some of Them, Jokes RHOBH Cast Wanted COVID Before Reunion, and Reveals Advice She Gave Daughters Before Netflix Debut 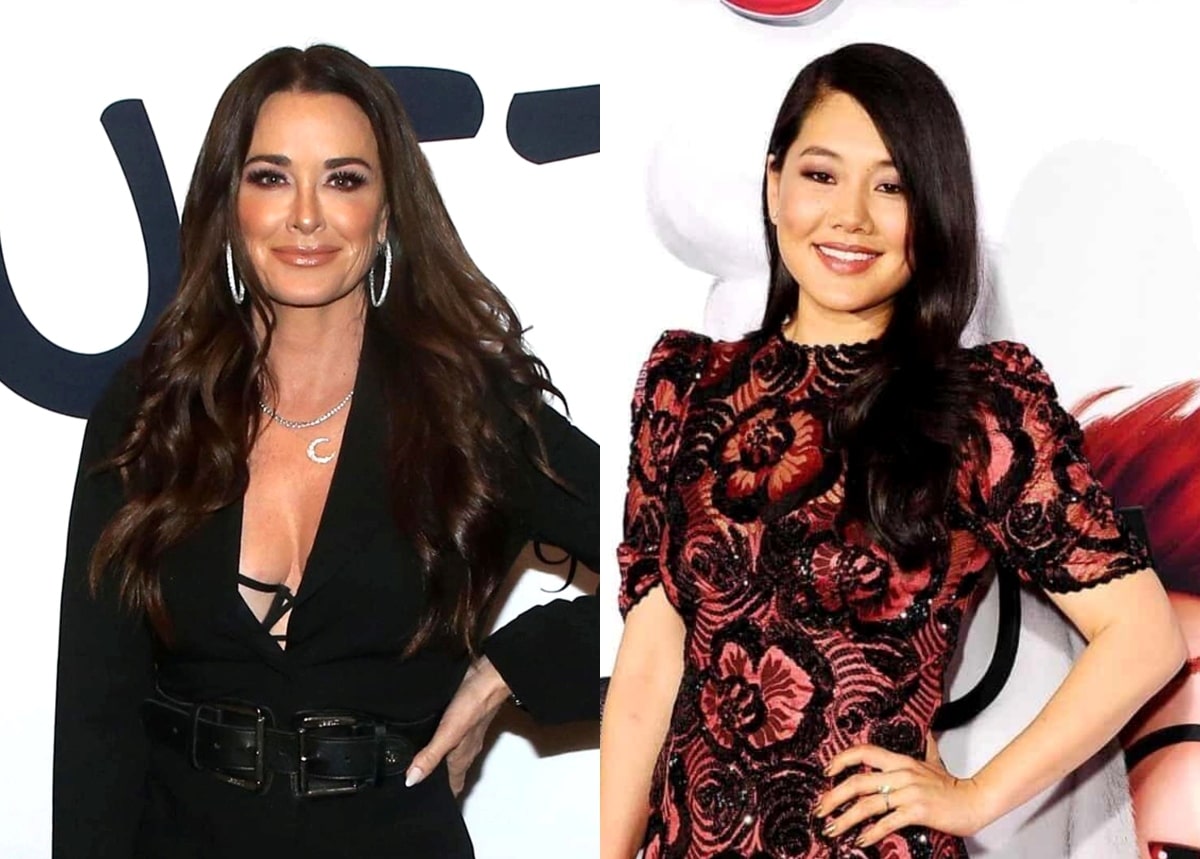 Kyle Richards was a little taken aback when she learned that Crystal Kung Minkoff had suffered a falling out with 14 of her friends.

After Lisa Rinna and Sutton Stracke discussed the issue on The Real Housewives of Beverly Hills, with Sutton suggesting Crystal, who has since reconciled with the majority of the 14, had a “reputation” for having issues with her circle, Kyle admitted to viewing the news about her co-star as a “bit of a red flag.”

“I heard about it because I know some of those people — a lot of them actually,” Kyle told Insider. “So, I’d heard about it, but I thought you never know why. I always give the benefit of the doubt. It’s a little bit of a red flag.”

Kyle also seemed to think it was a red flag that Crystal had alluded to Sutton saying something “dark” during their season 11 chat about race — even though she never actually revealed what that “dark” thing was. (On RHOBH, Crystal suggested it was a comment Sutton made about her diverse pool parties, but while appearing on Watch What Happens Live, she suggested it was actually something that hadn’t aired.)

“I was like, this is kind of like the same thing that I was hearing from these people, which is why I was a little more vocal about what she was doing. I was like, ‘Yeah, this is not the first time you’re doing this,'” Kyle reflected. “It’s so funny, she went on Watch What Happens Live and said it was something way worse — and I’m like, now you’re doing it again. Trust me, if there was something worse, they would have used it. They don’t do us any favors on Housewives.”

In other RHOBH news, Kyle joked during an appearance on This Morning on Monday, via Daily Mail, that she and some of her castmates hoped to contract COVID-19 before last fall’s season 11 reunion so they’d get out of the grueling taping.

“You’ve got to carry it out until the very end. And for all of us, just the night before, the amount of stress, the amount of excuses — I think some were praying to get COVID or something so they don’t have to show up,” she explained.

Prior to reunion tapings, Kyle said she likes to get a massage, go to bed early, and meditate, saying she does whatever she can to “get through that day.”

“We are on a sofa for 12 hours and it’s brutal, so awkward, and sometimes you don’t speak to each other after,” she admitted, before adding, “We’re sisters, it’s complicated but we’re blood, and we always come back together.”

As for her oldest daughters, Farrah Aldjufrie and Alexia Umansky, joining Netflix’s Buying Beverly Hills with her husband, Mauricio Umansky, Kyle said she “can’t believe” the girls are headed to reality TV, especially due to the fact that she was so against the idea not long ago.

As for her advice, Kyle said she told her daughters, “Always stay true to yourself. If you’re not comfortable, just say, ‘I will not ever say or do anything that is not true to who I am.'”