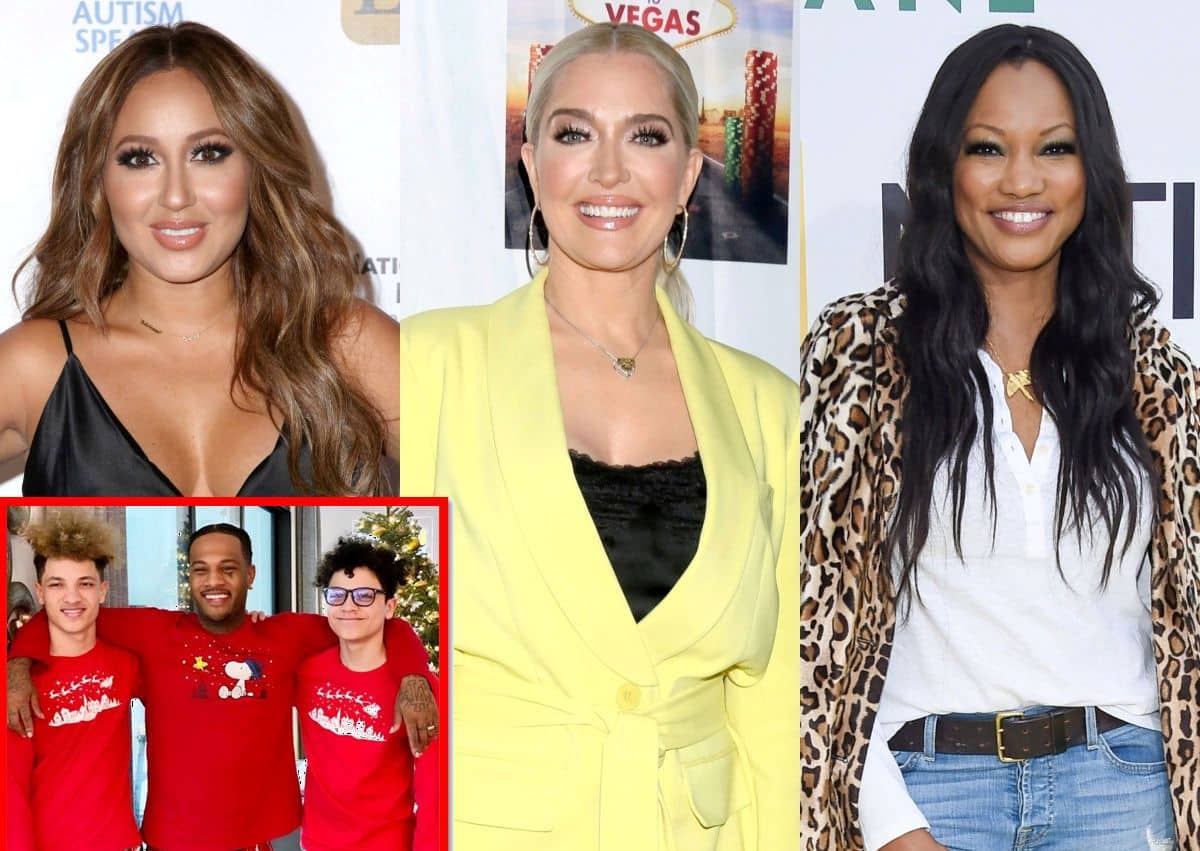 Garcelle Beauvais doesn’t want her kids — or anyone’s kids, for that matter — involved in the drama of The Real Housewives of Beverly Hills.

As Erika Jayne was seen coming onto her oldest son, Oliver Saunders, 31, and cussing at her younger son, 14-year-old Jax, on the latest episode, Garcelle re-tweeted a message from a fan on Twitter, who suggested that no one’s kids should be targeted by any member of the show.

“Defending Garcelle and her kids does not mean you should go after other kids to prove a point. Please stop and show respect to everyone. That’s what the whole point is. Be respectful!!!” the tweet read.

Garcelle also applauded her three sons on Instagram, saying that they make her “so proud” and describing them as “loving, kind, and respectful.”

“You show respect to people even when they don’t deserve it. Respect is a reflection of your character, not theirs,” she wrote, via a screenshot shared by Bravo and Cocktails on Instagram. 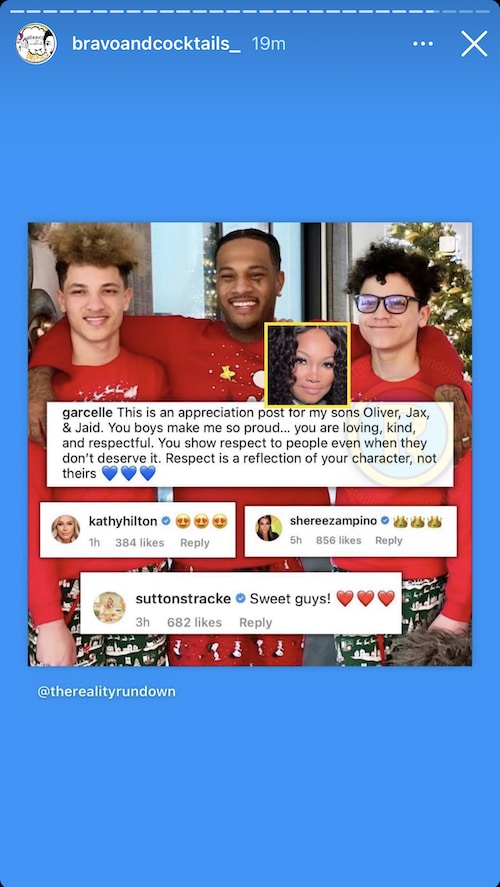 Garcelle was also given support from her former co-host on The Real, Adrienne Bailon-Houghton, who was in attendance at Garcelle’s birthday, along with Loni Love, but left before Erika was heard telling Jax to “get the f-ck out of here.”

“I think it would’ve been a very different situation had we seen that go down!” Adrienne told E! News on The Daily Pop. “That’s completely unacceptable, and I feel so sorry for him.”

“Erika was feeling some type of way,” Adrienne said, referring to Erika’s drinking. “She was pulling us aside and having conversations with us, but we were a bit confused.”

“There was a lot happening at that party that I haven’t seen that they might show,” Loni teased.

Adrienne also told Erika, “You should be so embarrassed.”