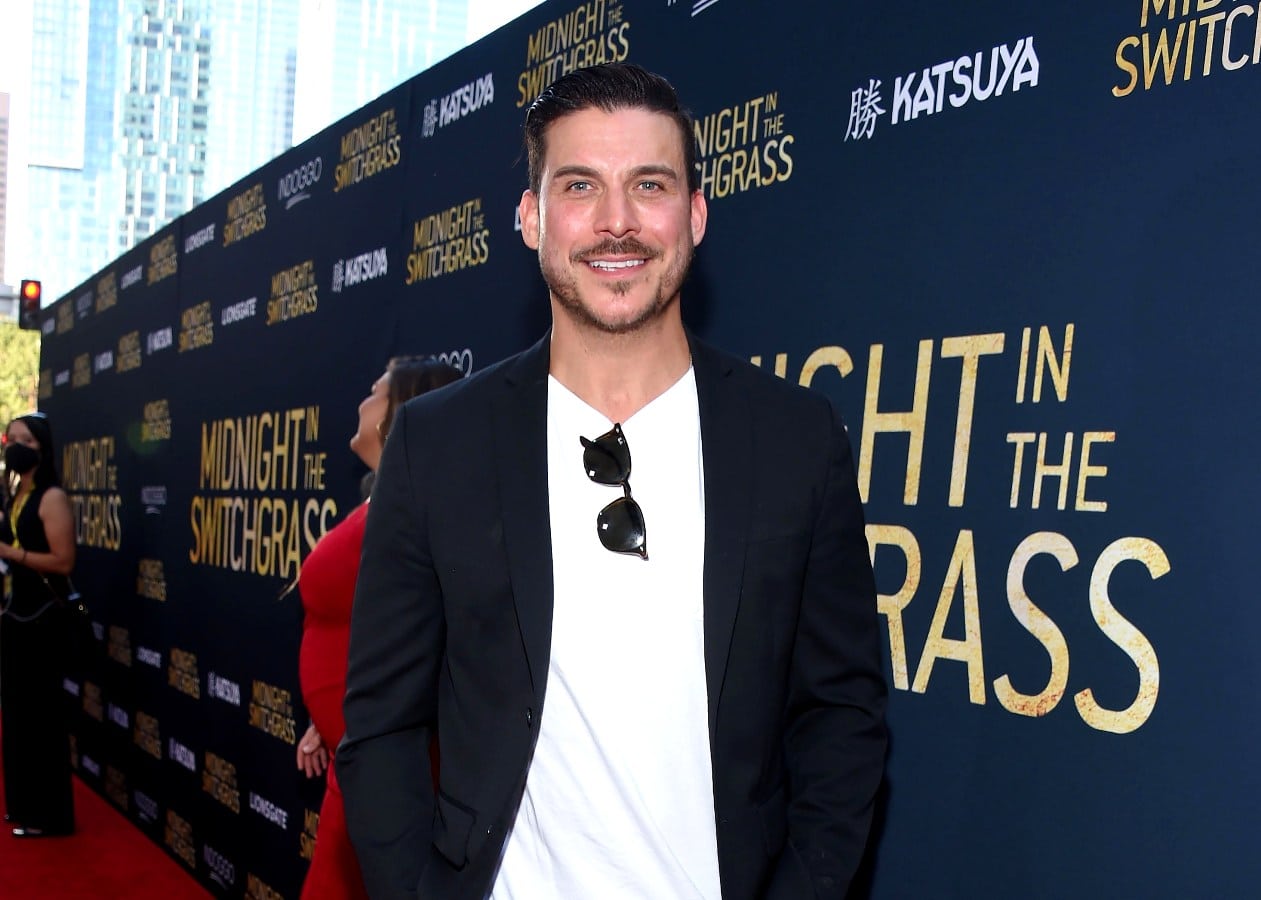 Brittany Cartwright threw a surprise party for husband Jax Taylor over the weekend, and in attendance were several Vanderpump Rules cast members from the past and present.

In a series of photos and videos shared online, Jax was seen celebrating his 43rd birthday with his wife and one-year-old son, Cruz Michael Cauchi, as well as his former co-stars, Kristen Doute, Tom Schwartz, Scheana Shay, and Peter Madrigal.

“We surprised Jax with an early birthday party,” Brittany wrote in the caption of a group photo at the event. 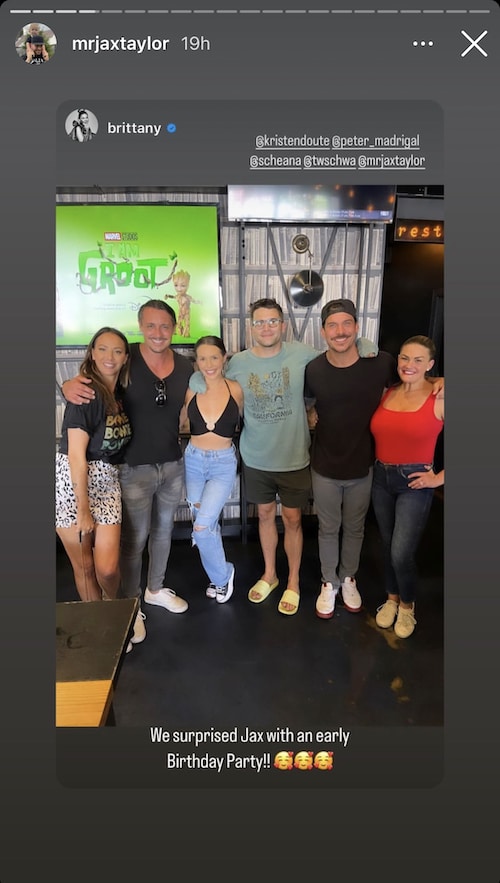 “Happy birthday [Jax Taylor]!! [Brittany Cartwright] love you both!!” wrote one friend with a clip of Jax walking into his unexpected birthday bash.

“Happy birthday, Jax! Grateful for my La Fam!” the same person added as Jax was seen holding his son. 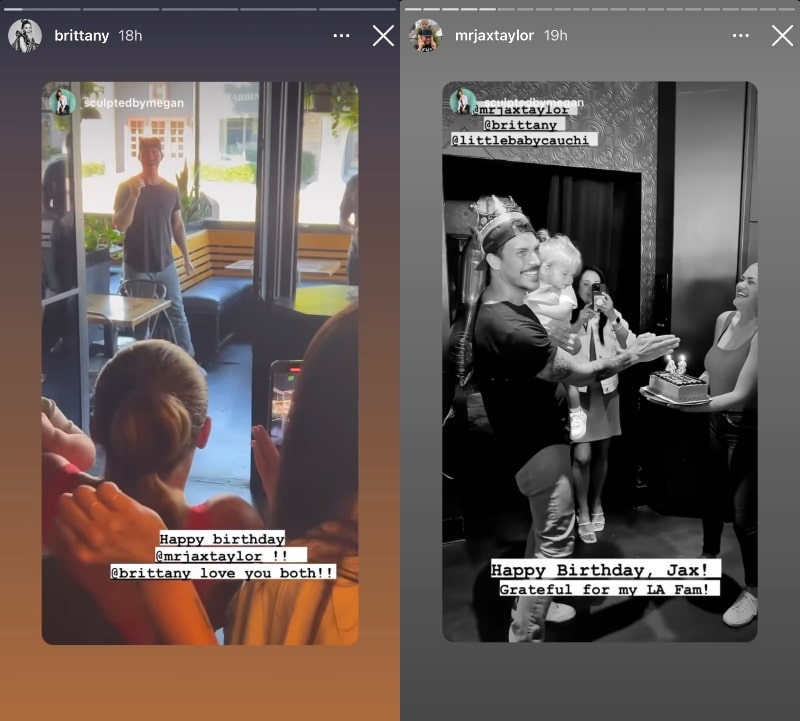 In an Instagram Story on Jax’s page, he shared a screenshot of a post he shared on Twitter, noting that he always celebrates birthdays with the same cake.

“I’ve been getting the same birthday cake every year since I was 10. Mint chip ice cream cake from [Baskin Robbins] (my actual birthday is Monday) Thanks to my amazing wife for a great surprise [birthday] party!” he tweeted. 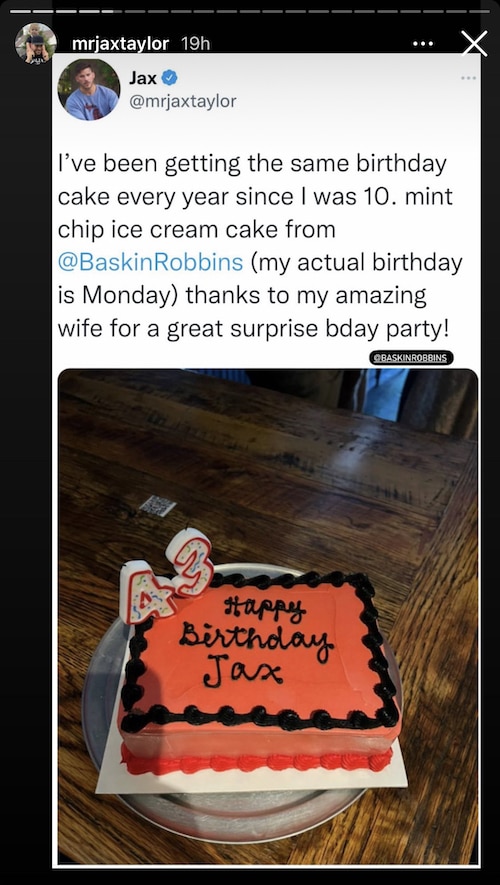 Also during the event, Kristen shared a group photo on her Instagram page as she shared some thoughts on her and Jax’s years-long friendship.

“Aww, this is FRAMILY! Happy birthday [Jax Taylor]. We’ve been friends for almost 15 YEARS!! You’re an amazing dad, an amazing husband, and a sub-par friend. Love you. Stop blocking me or don’t. Can’t wait for what’s to come,” Kristen wrote in her caption.

While a number of Pump Rules cast members were in attendance, Stassi Schroeder and Beau Clark were not — and not surprisingly so. After all, the couple distanced themselves from Jax and Brittany after the couple failed to attend their wedding in Italy and seemingly shaded them on Stassi’s podcast.

“Good friends don’t do that. They don’t talk sh-t about your wedding behind your back or pretend that they’re coming and give a list of reasons why they’re not coming to other people. Friends don’t do that to each other,” Stassi said in June.

“I’m literally doing anything I can to make it right,” she explained. “I have reached out since the wedding and said, ‘Everything is so gorgeous and I hope that we can talk one day and I’m so sorry how things went down,’ [but] I haven’t gotten any response just yet.”