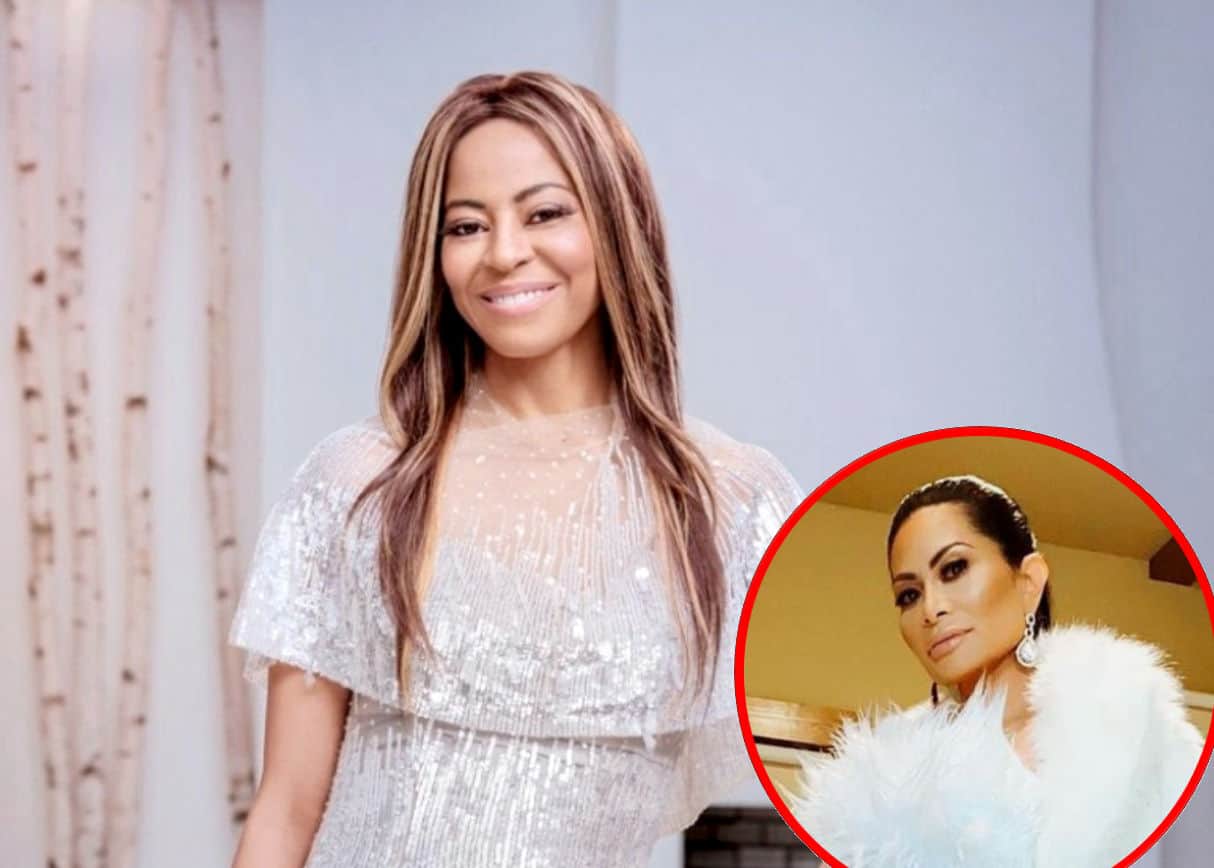 Jen Shah shocked the Bravo universe on Monday when she plead guilty to charges of fraud stemming from a years-long telemarketing scheme after proclaiming her innocence for over a year. After the news was revealed, a couple of Bravo stars weighed in.

Although the majority of the Real Housewives of Salt Lake City cast has maintained silence in regard to the unexpected development, Mary Cosby, who left the show after season two, released (and quickly deleted) a statement on her Instagram Story as Shahs of Sunset‘s Nema Vand also spoke out.

“Thou shall not steal… Shascamming,” Mary wrote in her message, via a screenshot captured by Bravo and Cocktails on Instagram, also including hashtags for “prayers answered,” “God’s favorite,” and “guilty.” 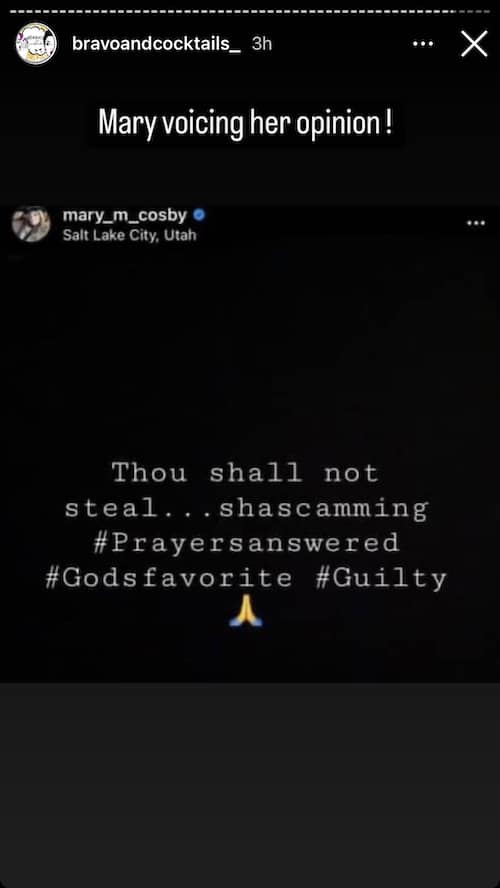 The Bravo fan page also shared a screenshot of Nema’s response, in which the Shahs alum labeled Jen a “f-cking scum bag predator.” 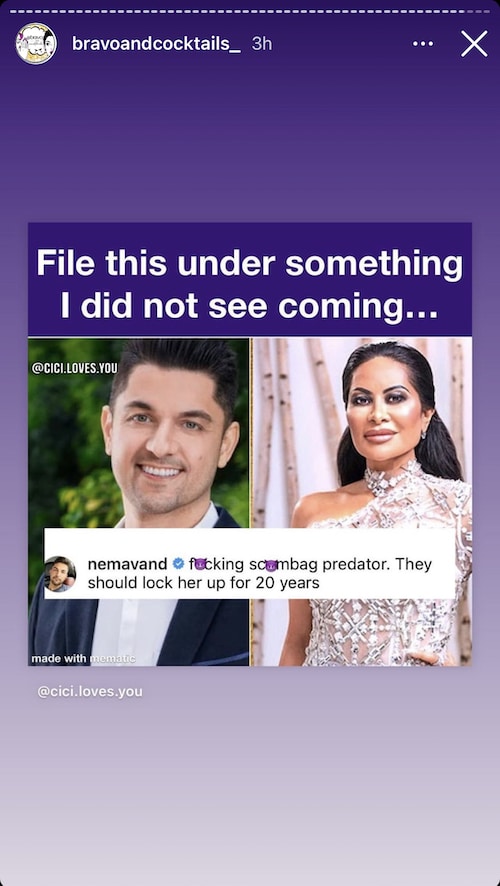 While Jen may not be looking at 20 years, she is looking at up to 14 years for her crimes, which were believed to have targeted the elderly.

“Jen Shah’s plea agreement with the government stipulates a sentence guideline range (which Judge Stein doesn’t have to follow) of 135 to 168 months in prison – 11.25 to 14 years, and $9.5 million in restitution,” a tweet shared by Courthouse News reporter Josh Russell explained.

Although Mary has been far from supportive of Jen throughout her legal ordeal, Meredith Marks struck up a bond with Jen amid filming on season three. And on Sunday, just hours before her castmate entered her guilty plea, Meredith took to her Instagram Story to speak of her innocence.

“For those of you who may not know this: I live in the United States of America. In the US, one has a right to a trial and is presumed innocent until proven guilty,” she wrote.

Also on Monday, a sentencing date of November 28 was set.

The Real Housewives of Salt Lake City is expected to return to Bravo for season three sometime later this year.