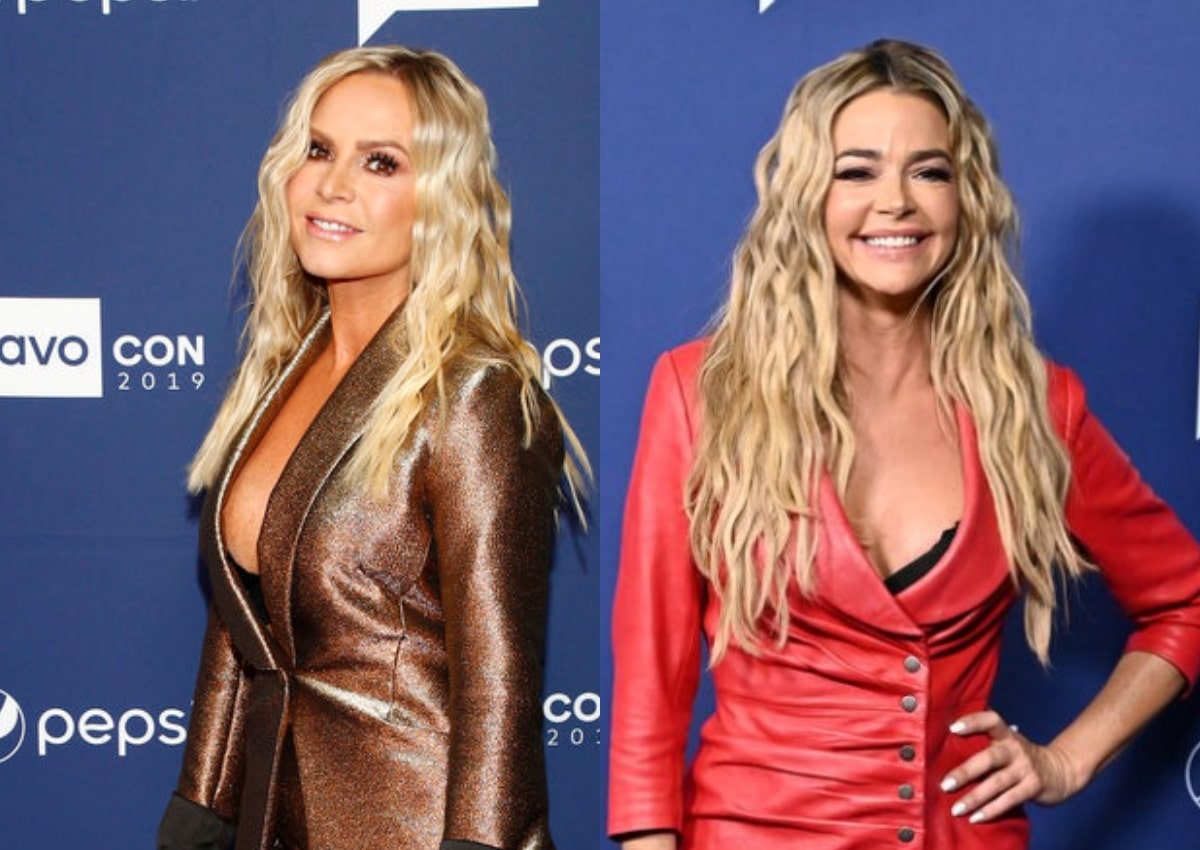 Tamra Judge was seen revealing new details about Denise Richards‘ alleged efforts to hook up with her at BravoCon amid Thursday’s new episode of Real Housewives: Ultimate Girls Trip.

While chatting with Real Housewives of Beverly Hills alum Brandi Glanville, who claimed during season 10 of the Bravo reality series that she and Denise had slept together, which Denise denied, the former Real Housewives of Orange County cast member claimed Denise “hit on [her]” and tried to get her to come back to her room.

And Denise was married as well to her current husband, Aaron Phypers, who she wed in September 2018. But as RHOBH fans will recall, that supposedly didn’t stop her from hooking up with Brandi the following year — at least according to Brandi.

“She actually called me when that went down,” Tamra continued of Denise. “She said, ‘This is what’s happening, you’ve been on the show for many years, what do I do?’ I said, ‘If it’s not true then just say no, but don’t give it that much life. If you’re gonna fight it, it’s gonna make you look guilty.’”

Then, after Denise insisted Brandi’s claims were false, Tamra questioned her further.

“I said, ‘Are you sure?’ And she said, ‘I swear to you, it never happened. Brandi is lying.’ She completely denied it,” Tamra admitted.

Following Tamra’s reveal on the show in regard to her reported interaction with Denise, a statement flashed across the screen that read “sources close to Denise denied this.”

While Brandi previously told Us Weekly that she was nervous to watch RHUGT play out due to the fact that she couldn’t remember all that was said amid filming, Tamra said she was more concerned about the candid moments the cameras may have captured.

“There were some nights that Vicki and I would get up at 3 in the morning and go in the kitchen. You know, we’re half-drunk and we’re eating cold pizza,” she explained. “And we’re talking, not thinking and not knowing until I look up and I’m like, ‘Oh, my God, Vicki there is a camera on the wall and it is following us. I’m like, ‘Did we say anything bad? I don’t know if we said anything bad.’”

Denise has yet to directly address Tamra’s new claims.