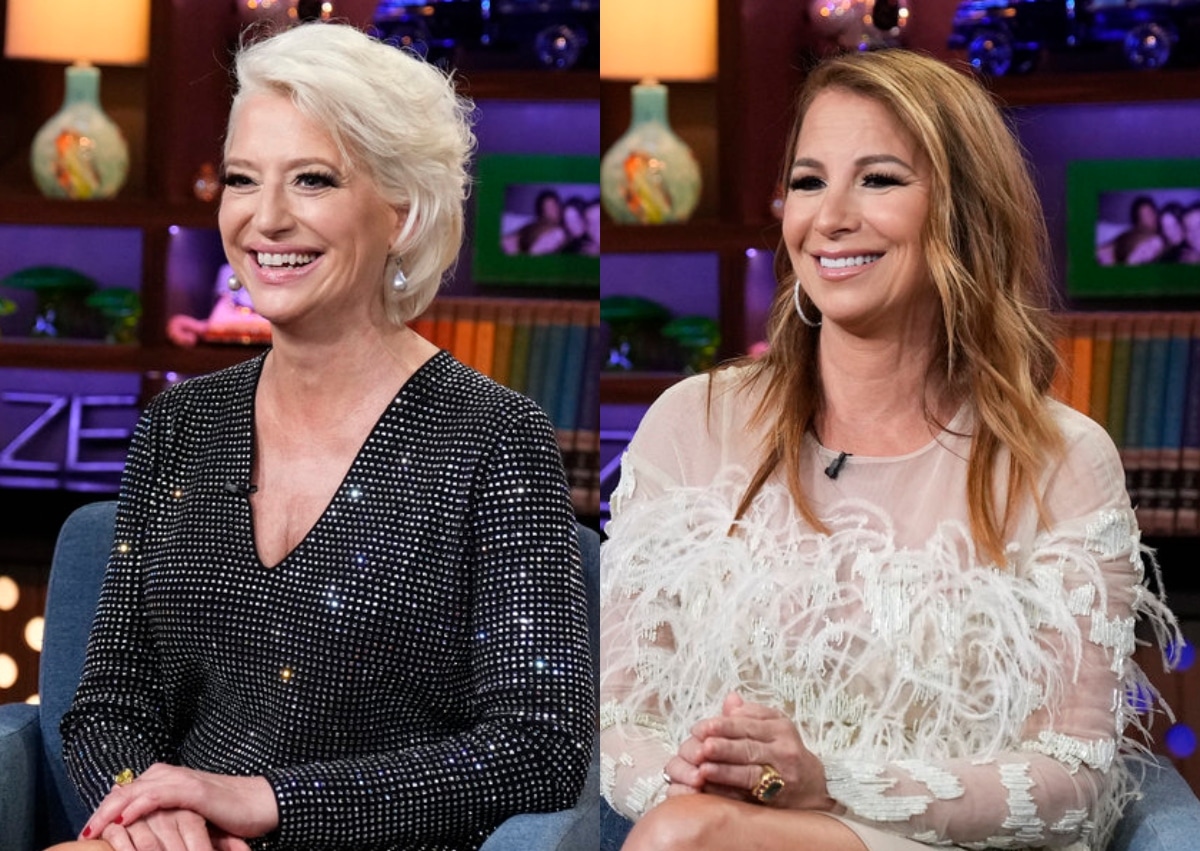 Dorinda Medley is firing back at Jill Zarin after learning her fellow Real Housewives of New York City alum had made some “hurtful” comments about her drinking.

After a caller phoned into Dorinda’s radio show earlier this week, noting that Jill had raised concerns about her drinking habits and suggested that she may have “a problem” with alcohol, Dorinda fired back at the former RHONY cast member, telling the caller she was likely trying to extend “her moment.”

“I think she’s very salacious. Listen, she hasn’t been on for a long time. She hasn’t been on since 2011. She was on it for four years and I think this is new for her and this is her moment,” Dorinda explained on the July 28 episode of SiriusXM’s Make It Nice With Dorinda Medley. “She’s having a great moment and she should take it because it’s been a long time for her.”

According to Dorinda, she and Jill are more “acquaintances” than friends.

“Jill thinks that we know each other super-well and we are… We’re friends. [But] we’re not like best of friends,” she revealed. “I mainly run into her with Ramona.”

While Dorinda denied the caller’s claims that Jill’s statements about her drinking were “hurtful,” saying things are only hurtful “when you care,” she added, “It’s salacious.”

“She likes a lot of attention,” Dorinda continued. “Even Brandi said on Watch What Happens Live the other night, she’s thirsty. Tamra said it. She’s thirsty. So go for it… Some people say things because it’s salacious and it’s dangerous and it has no backing and no knowledge.”

Dorinda went on to reveal that she felt she and Jill were in a good place after filming the second season of Real Housewives: Ultimate Girls Trip at her Berkshires mansion last year.

“We had such beautiful resolution, a lot of the girls, especially Jill and I. So it kinda didn’t make sense because I haven’t really seen Jill. She’s written to me a couple times in texts, ‘I love you,’ ‘Are you coming to the Hamptons,’ ‘I really love you,’ so it didn’t track but again, it doesn’t really matter,” Dorinda stated. “We all left on a great note… So whatever’s going on with her, I think is, maybe a bit of shadow-boxing.”

While appearing on Access Hollywood’s Housewives Nightcap earlier this month, Jill said she was “worried” about Dorinda and didn’t “want anything to happen” to her amid her drinking after being asked if they’d ever move forward with their deep-rooted issues.

“Quite honestly, we’ll never really address it until the whole drinking, and all that thing has to get resolved,” Jill admitted. “There’s a lot of stuff there, but I’m not a doctor, I’m not a therapist, I’m not even a close enough friend to be able to really get to that with Dorinda, but someone needs to get there with her.”