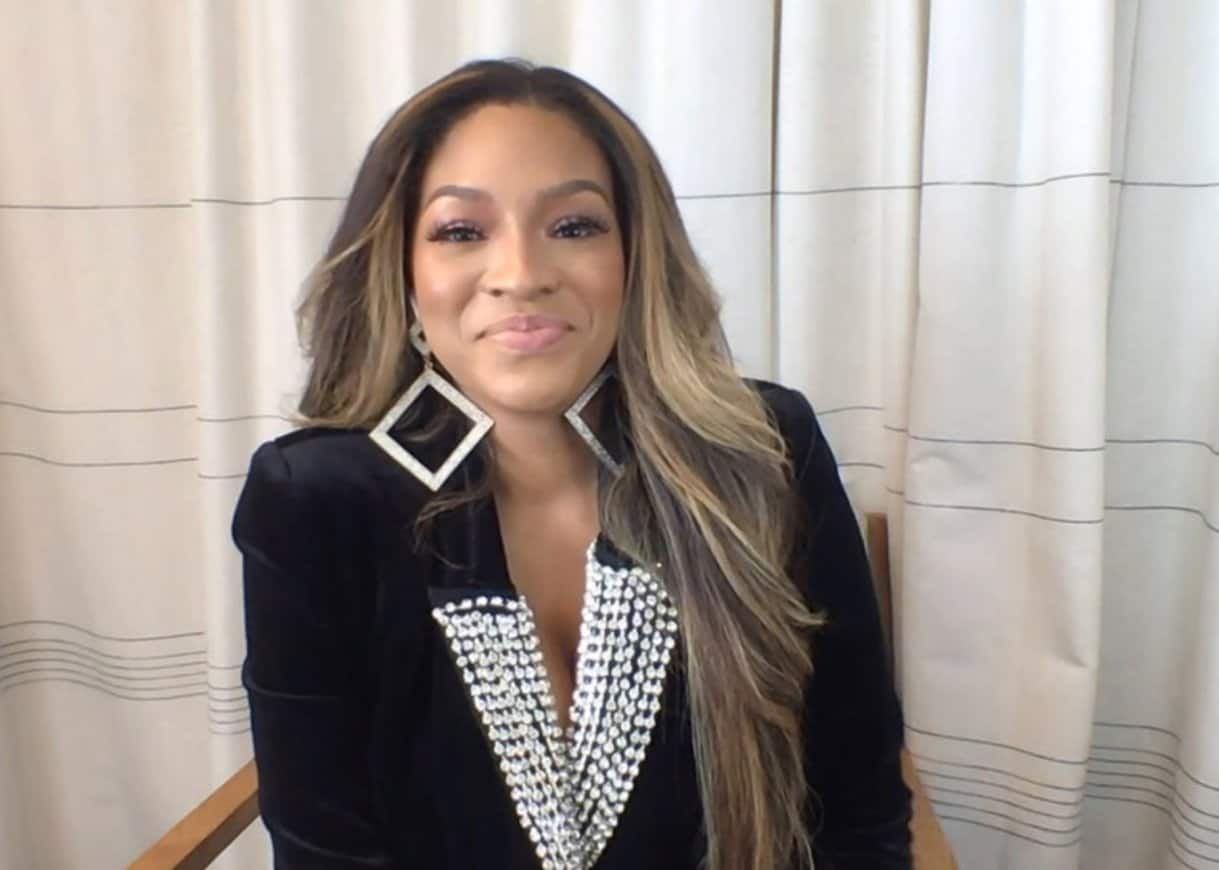 Drew Sidora brought a bag of dog bones to the Blue Ridge Mountains on Sunday’s episode of The Real Housewives of Atlanta, and several of her castmates weren’t happy about it.

Following the episode, during which Drew threw one of her bones at a “barking” Fatum Alford, Drew reacted to her co-stars’ criticisms of the prop as the other ladies, including Sheree Whitfield, Sanya Richards-Ross, and Kandi Burruss, called out her “pre-planned” behavior.

“I express myself the way I express myself. Some people fight. I throw bones,” Drew revealed on the July 24 episode of the RHOA: After Show. “I feel like there were some bones Sheree forgot to collect, and I feel like her friend needed something to play with.”

As Drew stated, she felt that the bones were appropriate, considering Fatum’s antics.

But according to Sheree, the gesture didn’t land with Fatum, who didn’t even realize the item was a dog bone at first.

Sheree then pointed out that Drew always seems to have an issue.

“Have you noticed that every time we get together, Drew is always trying to argue with somebody, me or Sanya or Fatum? For me, she wants attention,” Sheree reasoned. “I think Drew she’s always looking for a moment, and she didn’t want that moment from Fatum. She thought Fatum was going to be mild, meek, because that’s how she was at the tea party. She saw another side of Fatum that she wasn’t ready to receive.”

Kandi also agreed that Drew seemed to spark drama with Fatum “out of nowhere.”

“[Fatum] wasn’t even talking to [Drew] when [Drew] went in on her,” Kandi noted. “[Drew was] trying to tell them how they should be getting along, and [Drew] was like, ‘And I gotta sit in the car with this b-tch.’ Like out of the blue!”

Still, Drew insisted that her drama with Fatum didn’t come out of nowhere. Instead, she claims that after certain people were being forced to sit with people they had drama with on the way to their gem-mining trip, despite the group having two SUVs, she grew frustrated and went to speak to Marlo Hampton.

“What happened was Marlo then was like, ‘Well get in the car with me. If you’re really my friend, then you gonna ride in the car with me.’ And lapdog was in that car. And I then said, ‘I don’t want to ride in there. I don’t feel comfortable.’ When Marlo furthered to push that subject, that’s when I said, ‘I’m not riding with that b-tch,’” she revealed. “So then once I said that she got the point.”

Looking back, Sheree said Marlo was “frustrated” and not feeling her best at the time of the cast’s drama.

“She wanted support. But then Drew, who brought a prop from home, she brings it back around to her. Like, where you getting dog bones from?” Sheree wondered.

“You stopped at the store, b-tch? She ain’t got no dog. Drew be thinking she on the set with Tyler Perry,” Sanya agreed.