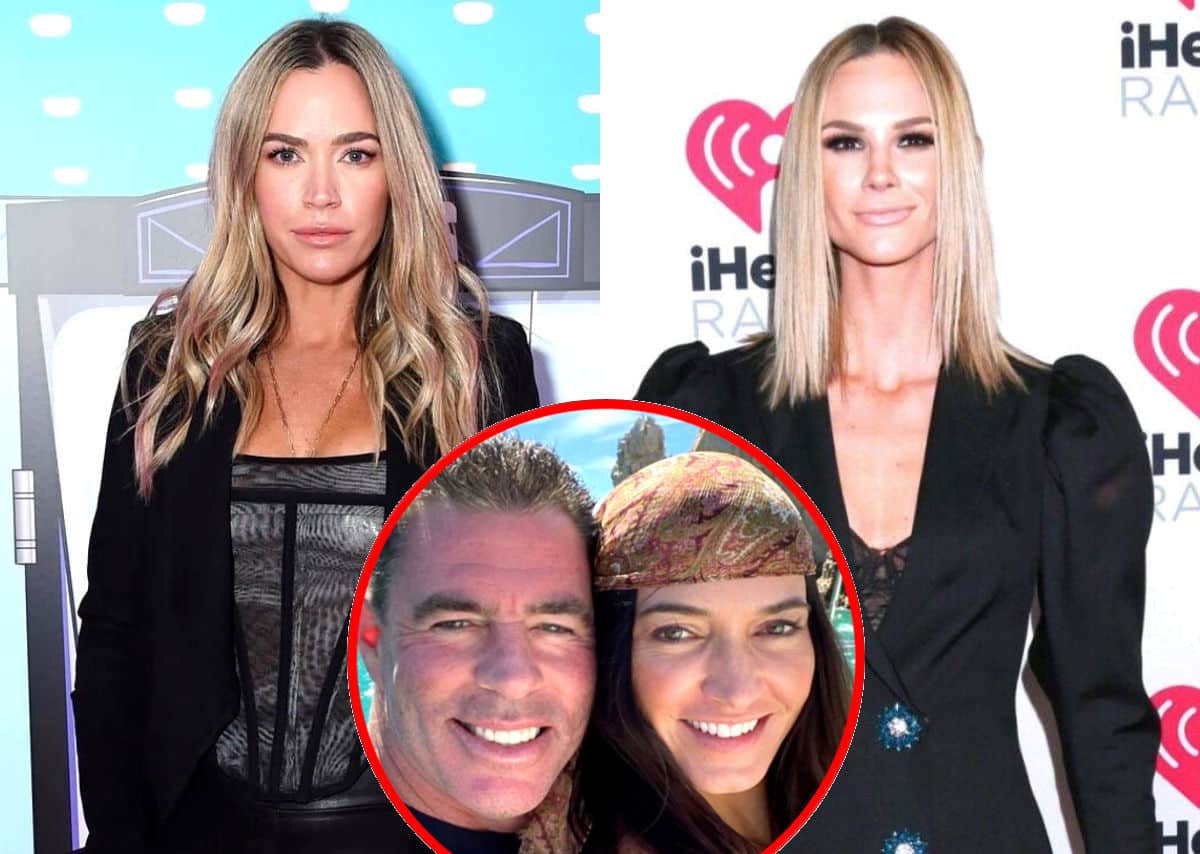 Teddi Mellencamp shared a series of text messages she received from Jim Edmonds after discussing the invitation to his upcoming wedding to Kortnie O’Connor with his ex-wife, Meghan King, on her podcast, Two T’s in a Pod.

After the Real Housewives of Beverly Hills and Real Housewives of Orange County alums weighed in on the James Bond-themed invitation, which Teddi described as “very cringe,” to their September 25 ceremony, which is set to take place at Villa D’Este in Lake Como, Italy, Jim sent several mean messages to Teddi. In them, he slammed Meghan as a liar and suggested Teddi is “trash.”

“Did Meghan send you that invitation? Hard to believe that out of the 18 we sent to our close friends. [One] found its way to you,” Jim wrote, via Bravo Breaking News on Instagram.

“She did not. I blindsided her. I got a DM with it when I posted on Instagram saying what questions do y’all have for Meghan,” Teddi replied.

But when Jim wanted her to show him the DM, Teddi declined.

“I am not going to out the person but I give you my word,” she explained. “I will happily have [Kortnie] on the pod to discuss and apologize for showing it.”

“Show me the DM without the [person’s] name on it then,” Jim responded. “I don’t believe anything that comes out of my [ex’s] mouth so how should I trust you? … And why would she want to come on your podcast after you literally just laughed at our so-called wedding invitation that you read completely wrong on the air?”

When Teddi then told Jim she was “not going to fight” and offered to “apologize,” Jim offered some advice.

“Clean up your own —- and stop worrying about other [people’s] before it comes back to bite you in the —,” he warned.

“We’re not fighting… I am now calling you out because of the trash that you put on your podcast. And your trashy guest that you had on trying to make fun of somebody else trying to have a good life,” Jim continued, giving a nod to Meghan, the mother of his three youngest children, daughter Aspen, 5, and twins Hayes and Hart, 4.

“So, you talk trash about my wedding but you don’t know me? Or my fiancé … That must make you trash,” Jim went on. “I’m not angry I feel bad for you and your family if that’s how you’re making a living from getting kicked off a fake reality show. Have a nice life piece of —- … Do you know what people think of you. That’s sad that you’re trying to bring other people down. I won’t have any of it anymore. Good luck.” 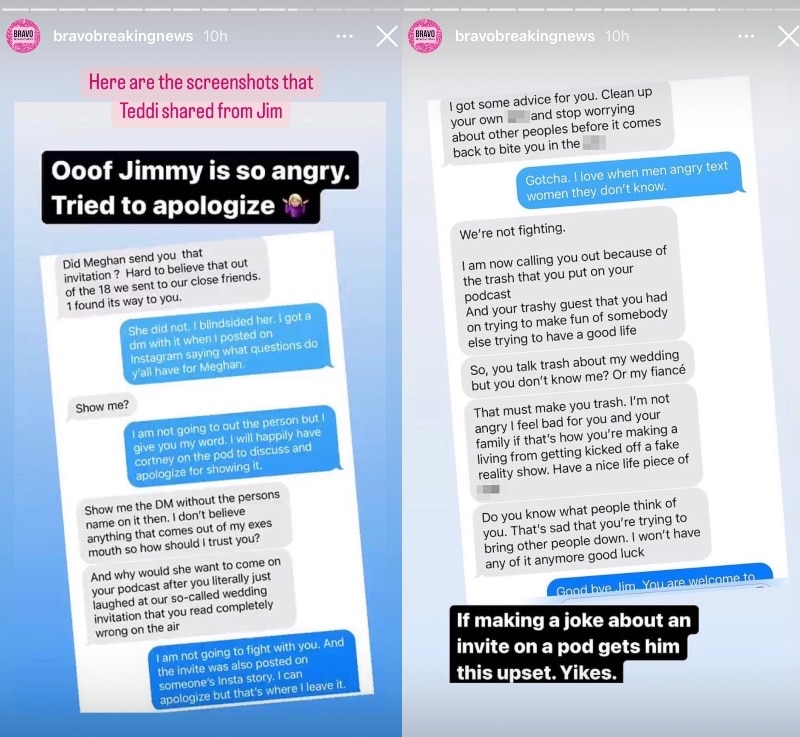 In the caption of her screenshots, Teddi had written, “Ooof Jimmy is so angry… [I] tried to apologize.”

Last week, on an episode of Two T’s in a Pod, via Real Housewives Zone on Instagram, Teddi presented Jim and Kortnie’s wedding invitation to her listeners.

“I’m sorry, this is very cringe and I just have to [read] it. It says, ‘Ladies, be inspired by your favorite Bond girl. Gentleman: black tie or a white coat like James [Bond],'” Teddi read.

“OK, alright, I mean everyone has their different style. I mean, it’s implied [that] Jim is James Bond here,” Meghan replied.

Following the drama, Kortnie took matters into her own hands and shared a series of documents related to her and Jim’s big day in September on her Instagram Story.

“Getting very excited!” she proclaimed. 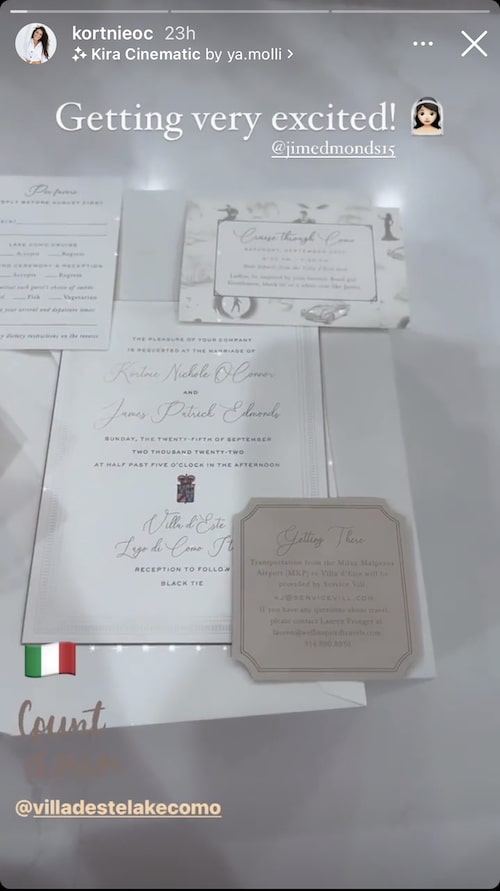 Kortnie will be Jim’s fourth wife, and he has previously been married to Meghan, Allison Jayne Raski, and LeAnn Horton.