Home Real Housewives of New Jersey News Teresa Giudice Reacts to Dina Manzo’s Cryptic IG Posts and Gorgas Skipping Wedding, Says Event Was How It Was “Supposed to Be”

Teresa Giudice Reacts to Dina Manzo’s Cryptic IG Posts and Gorgas Skipping Wedding, Says Event Was How It Was “Supposed to Be” 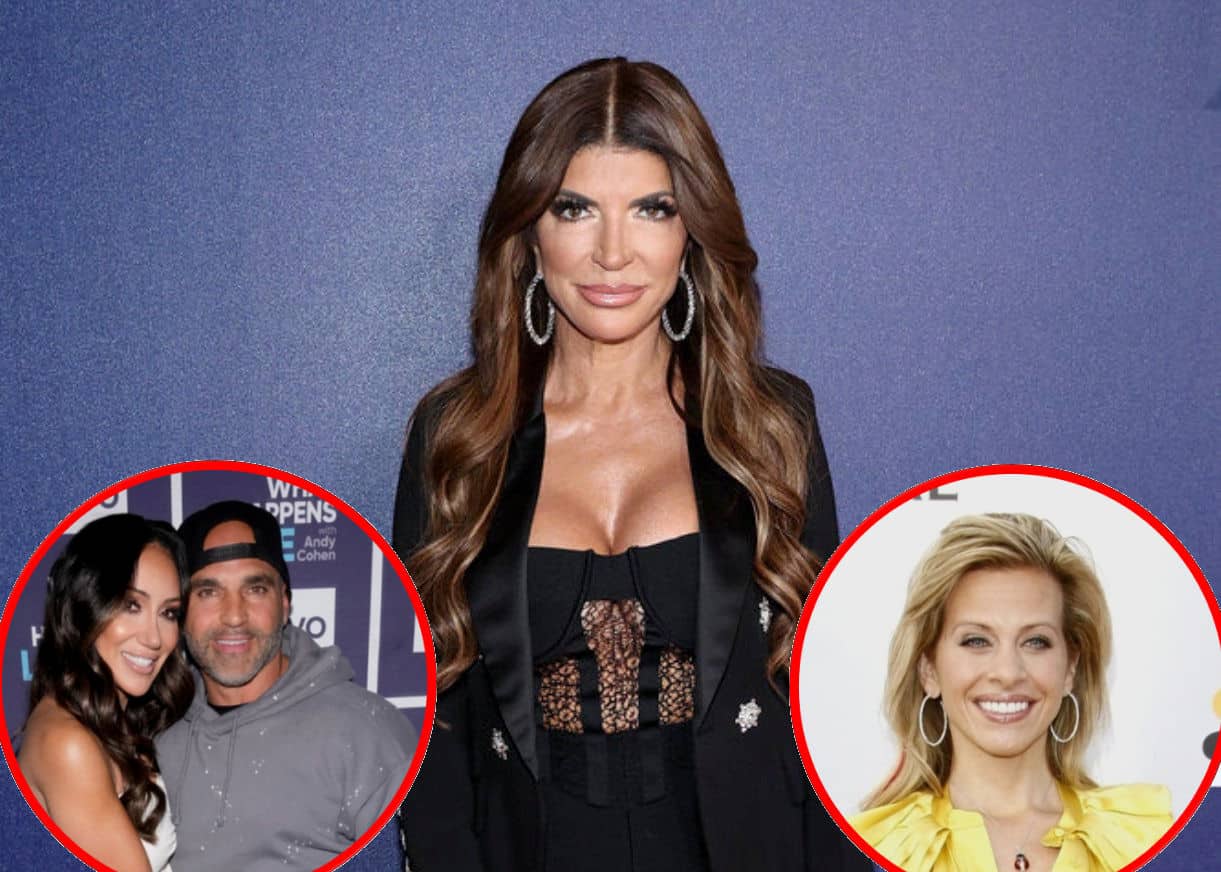 Teresa Giudice isn’t bothered by the fact that her brother, Joe Gorga, and his wife, Melissa Gorga, weren’t present during her and husband Luis Ruelas‘ August 6 wedding in New Jersey.

During a special episode of her new podcast with co-host Melissa Pfeister, titled “Love, Love, Love the Wedding Guests,” the Real Housewives of New Jersey star admitted she was “fine” with the couple’s decision against attending before reacting to the cryptic messages Dina Manzo shared on Instagram prior to their big day, which she also skipped.

“I found out a few days before my wedding that they weren’t coming. I’m totally fine with it. You’ll see it play out on TV,” Teresa revealed on the August 17 episode of Namaste B$tches. “The way that everything played out with my wedding, everything that happened is the way it was supposed to be. I’m all about that. I’m all about good energy and whoever wanted to be at my wedding was there.”

Because so much of the drama is expected to be part of the storyline of RHONJ season 13, Teresa couldn’t reveal what led up to her brother and sister-in-law’s absences or whether Joe’s absence impacted her differently than that of Melissa. So she instead gushed over her co-host.

As for the posts about “letting go” that Dina shared just before skipping her wedding, Teresa said that because she was focused on her then-upcoming wedding, she didn’t initially see the messages.

“I was in my love bubble so I really wasn’t paying attention to what was on social media and what wasn’t… But I heard she made a comment to fan, which I saw that she was saying that it had nothing to do with me, that if you follow her every day, that you would know that. So I’m just going by that,” Teresa noted.

And while there have been rumors of a feud, Teresa said she loves Dina and wishes her well.

“I know she wishes me well and I’m just gonna leave it at that,” she added. “And we all knew she wasn’t coming to the wedding anyway prior to this. I’m fine with that.”

Looking back at her big day, Teresa said she felt love from everyone who attended.

“Luis and I felt the love. It was so powerful, so transparent. It moved us so much and that’s what I wanted and I got what I wanted,” she gushed. “What went on at my wedding, I feel like everything was the way it was supposed to be… It was like the most perfect day ever.”