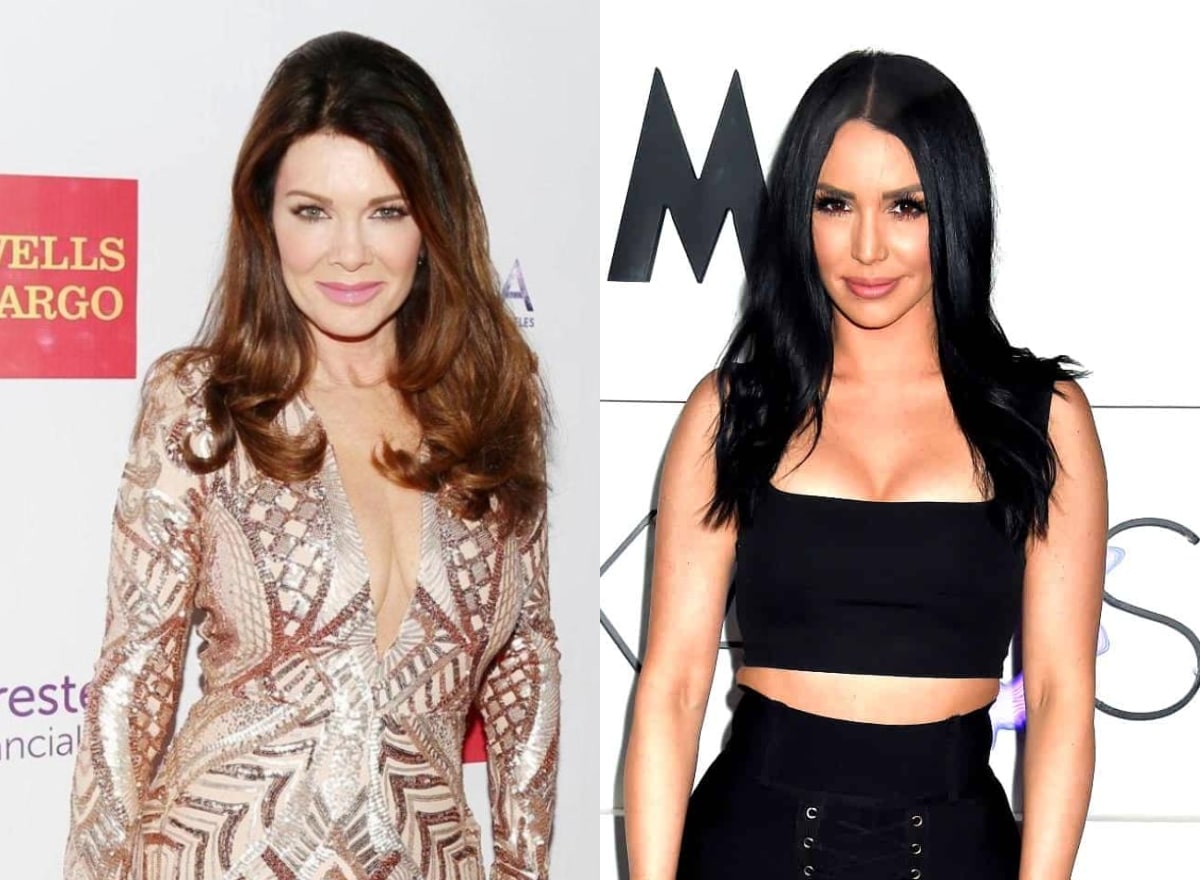 Lisa Vanderpump offered a congratulatory message to Scheana Shay and Brock Davies on their new marriage on her Twitter page on Wednesday. However, rather than use a photo from their Tuesday wedding in Mexico, the Real Housewives of Beverly Hills alum opted to share a throwback pic.

Just one day after Scheana and Brock said, “I do,” surrounded by family, friends, and their Vanderpump Rules castmates, Lisa, who did not attend the event, took to her Twitter page, where she shared a retweet from a fan page, who included an image of her and Scheana at Scheana’s 2014 wedding to Mike Shay.

“Congratulations to Scheana and Brock Davies on their nuptials,” the message read. 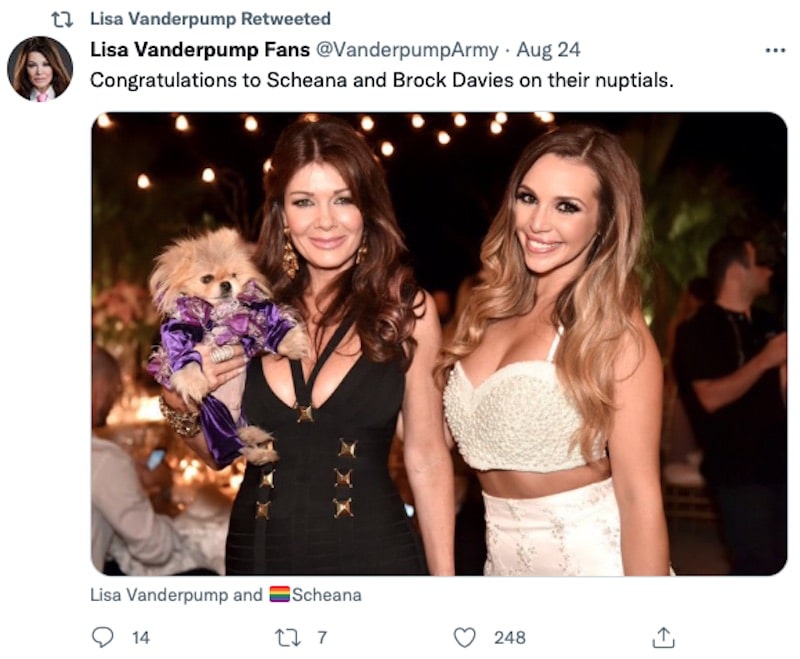 “[Lisa said she] already went to one wedding for Scheana and that was enough,” an insider revealed to Hollywood Life on August 23.

But of course, Lisa wasn’t completely out of the loop with Scheana’s wedding festivities. In fact, before the group headed to the Dreams Natura Resort and Spa in Cancun, Mexico, she hosted a pink-themed party for Scheana and her friends at her Beverly Hills mansion, Villa Rosa.

Once Scheana and her guests arrive in Mexico, they attended a “Welcome White Party,” which featured “fire dancers, bongo water drums, and tables and swings set inside the shallow pool at the back of the hotel property.” And it was at that very part that Schwartz and Raquel were allegedly caught “getting cozy” amid his divorce from Katie.

The wedding and surrounding events are expected to be featured on the upcoming 10th season of Vanderpump Rules, which will likely begin airing on Bravo sometime early next year.