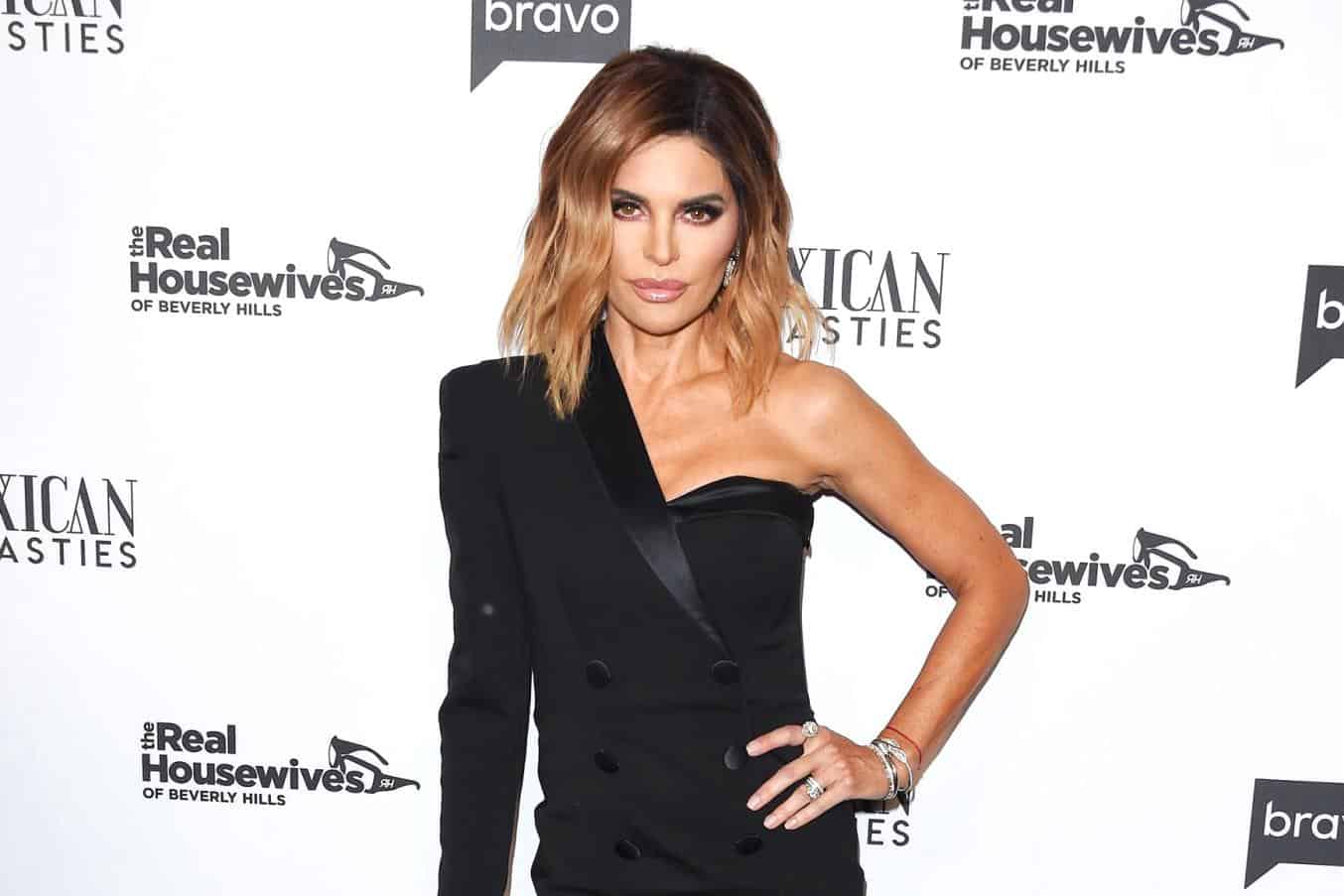 Lisa Rinna seems to think there are some behind-the-scenes shenanigans going on.

After she, Erika Jayne, and Diana Jenkins were accused of potentially hiring bots to go after the 14-year-old son of their Real Housewives of Beverly Hills co-star, Garcelle Beauvais, Lisa took to her Instagram Story, where she seemingly hinted that one of the show’s producers, who previously worked on Lisa Vanderpump‘s spinoff, Vanderpump Rules, could have something to do with the false claims.

“It’s going down online right now. Like, it’s not even happening on the show. It’s happening online,” Lisa began in a series of posts shared to her Instagram Story, via The Bravo Chicks on Instagram. “Don’t you find it interesting that it’s happening before the Aspen stuff is gonna happen, cuz it’s gonna happen?”

In addition to feeling that the timing of the upcoming Aspen drama (which allegedly involved Kathy Hilton using some sort of slur, which she denied) was suspicious, Lisa also considered a potential link to her RHOBH producer.

“Is it a coincidink that the producer of our show now was the producer of Vanderpump Rules when all that sh-t went down over there online, in the press, and such?” she wondered. “I don’t know. [But] I have a little detective inside of me that goes, ‘When bullsh-t’s happening and it’s being placed on people and me, I go, ‘Wait a second. Why? Why is that happening?’”

Amid Lisa’s suspicions, Patrick Somers, who Lisa claimed Kathy paid $27,000 to spread negative stories about her before he suggested it was actually Lisa who he teamed up with, shared an odd Story on Instagram in which he said he’d been invited to the season 12 reunion.

But right away, Variety editor Kate Aurthur set the record straight on Twitter, writing, “Bravo has just confirmed to me that NONE of this is true. No, he’s not going to the reunion!”

Lisa also responded to Patrick’s false claims, saying, “Enough is enough … Come on bring your nonsense let’s go … You are a f-cking Liar,” along with a screenshot of his message. 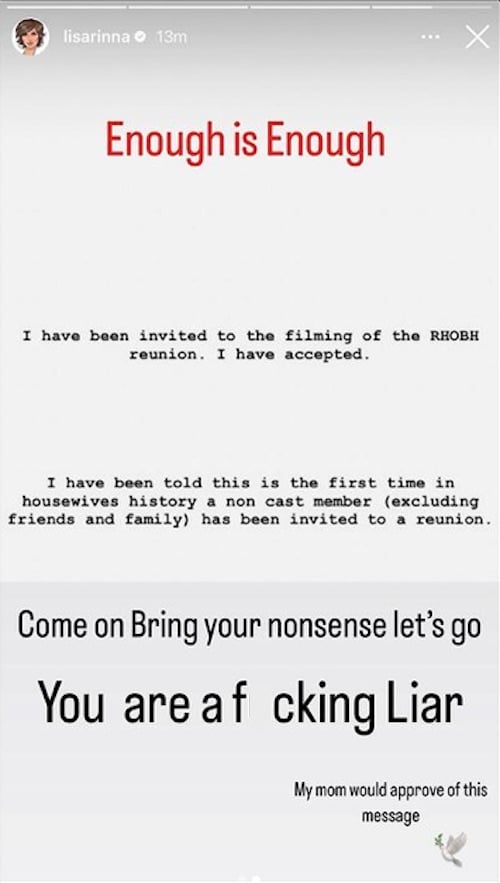