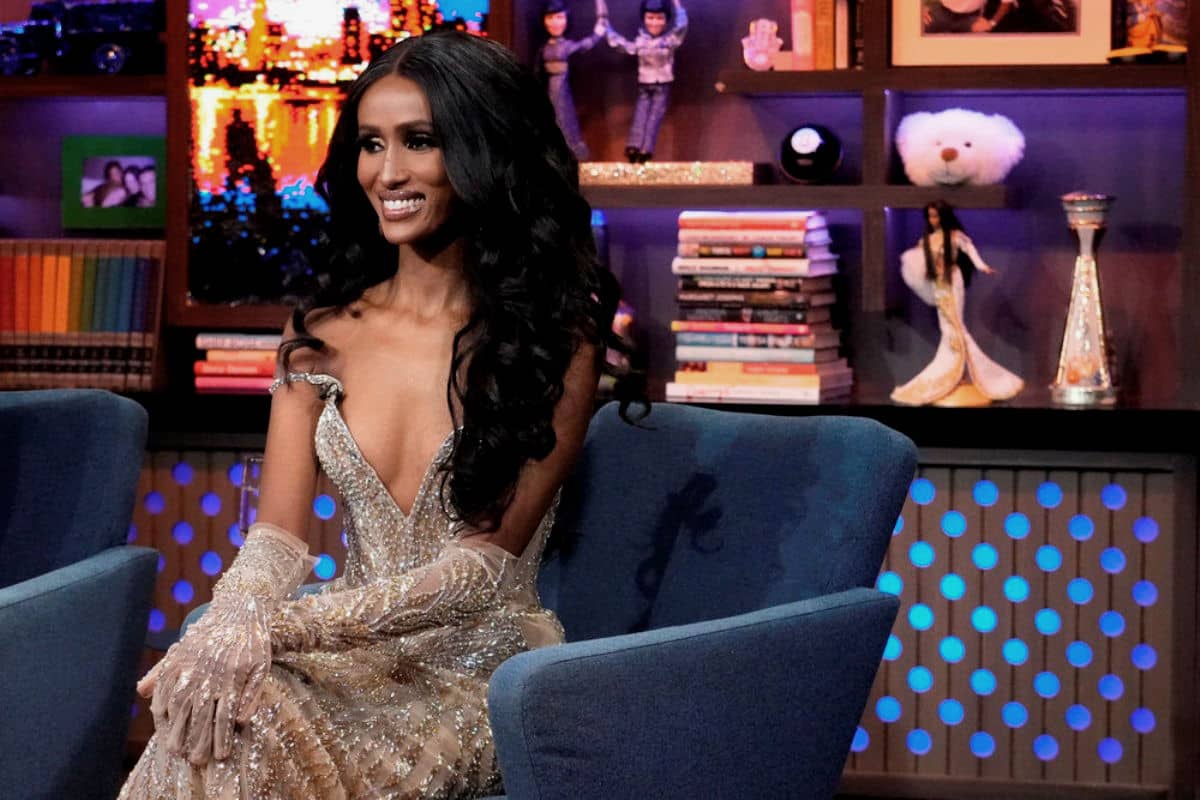 Chanel Ayan is firing back at claims of being the “thirstiest” cast member of The Real Housewives of Dubai.

After Caroline Brooks and Nina Ali targeted her with claims of supposed desperation, Chanel shaded her co-stars for their constant use of social media, explained her super-close friendship with Lesa Milan, and insisted she tried to salvage her past relationship with Caroline Stanbury.

“If I’m the thirstiest one, why am I not on social media 24/7?” Ayan wondered during an August 23 interview on In the Know‘s “We Should Talk” series. “Because that’s where you need to be if you’re really that thirsty.”

According to Ayan, it is not she, but Brooks, who is the thirstiest RHODubai cast member.

“Brooks, you’re the thirstiest! You talk to only seven people on the internet on Spaces. That’s about it. I’m good here; I’m used to this,” she declared. “I’ve been in the fashion industry. I’m used to attention… She’s a brand-new person who’s never seen a camera in her face in her life… That’s the biggest difference between the two of us, but yeah — thanks for all the publicity that you gave me, honey… I appreciate it.”

Moving on to her friendship with Lesa, Ayan denied that her co-star is “thinking for [her],” explaining that because they are “so close” and “care about each other,” their views are often similar.

“We are genuine friends. We treat each other with respect, while other people don’t know how to treat each other. There’s no loyalty. That can rub people the wrong way because they don’t have that and don’t understand that,” she reasoned. “We are like sisters… [So] what’s wrong with thinking about and for each other? I would love to have a friend to think for me, like, ‘What should I say?’ I don’t see what’s wrong with it.”

As for her strained relationship with Stanbury, whose marriage she poked fun at on a number of occasions, Ayan confirmed that any friendship they were able to forge amid season one is “not going to last.”

“I really want you to watch it. We did try, but we don’t get along most of the time. There’s a lot of things about her that I actually respect and admire. A lot. She has ‘tiki tiki’ all the time!” Ayan noted.

Also during the interview, Ayan opened up about becoming a fan favorite on the series.

“I’m just being myself. I go with the flow, because life is very interesting. I don’t take myself very seriously, which I think makes myself a happier person,” she explained. “It’s quite impressive, and I’m really honored by that. I didn’t think it would be like this.”

“That makes me feel so happy and so special … I’m having the time of my life,” she added.

The Real Housewives of Dubai season one reunion begins airing tonight, August 31, at 9/8c on Bravo.