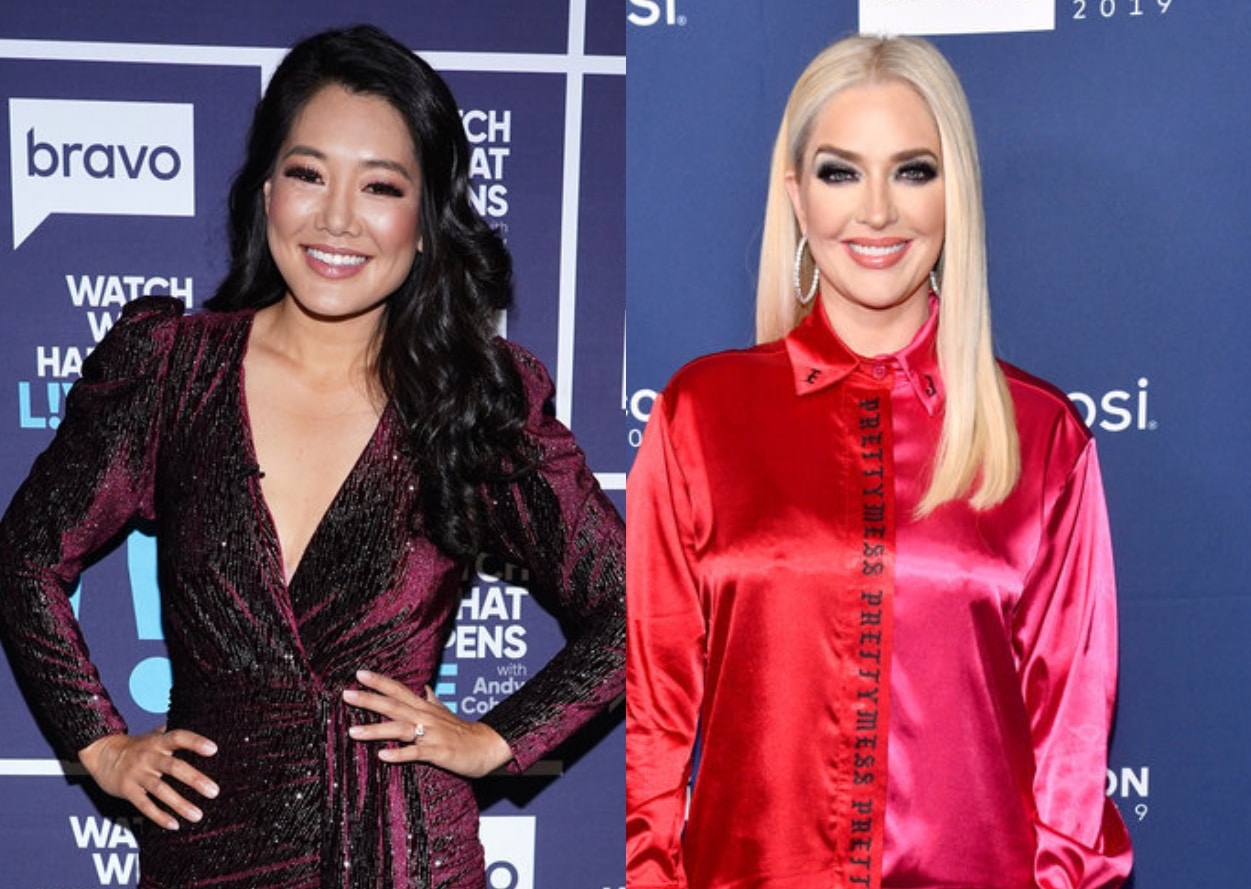 Crystal Kung-Minkoff is opening up about why she believes Erika Jayne turned on her amid Wednesday’s episode of The Real Housewives of Beverly Hills after engaging in a calm conversation with their co-star, Garcelle Beauvais.

After the two of them were seen in a heated debate over Thomas Girardi‘s fraud victims, or his “potential victims,” as Erika likes to call them, Crystal explained why Erika treated her so differently as Erika looked back on her much-needed exit from Kyle Richards‘ home in Aspen.

“Garcelle brings up, she’s like, ‘Oh, I had this great conversation. She was open, and she shared everything.’ But the minute I said how I felt about it, it like, turned her,” Crystal recalled on the September 7 episode of the RHOBH: After Show.

“It did not go well,” Garcelle agreed. “Erika was yelling and screaming and ‘I don’t care about you.’ And she told her to F off.”

While Erika and Garcelle had what Garcelle described as a “really good conversation,” even though they were at opposite ends, Garcelle could tell that something about Crystal’s questions had made her “fly off the rail.”

“I feel particularly with Erika, she’s always been very supportive of me whereas Garcelle has been after Erika for a long time. For them to have an open conversation, she welcomed it. With me, if I’m gonna say anything, she’s gonna snap at me… I think it has different and deeper meaning with me than someone like Garcelle,“ Crystal explained.

And as Erika looked back at their encounter, she said that she wasn’t in Aspen to be questioned by her castmates.

During another segment of the RHOBH: After Show, the cast looked back on Erika’s exit from the Aspen house, with Sutton Stracke noting that Lisa Rinna had warned that an ongoing discussion “is not good for any of us” and Garcelle saying that Lisa “came in and swooped [Erika] away.”

Meanwhile, Erika shared that when it came to her demeanor that evening, she was ready to keep going with her co-stars.

“I was actually very grateful that [Dorit Kemsley], [Diana Jenkins], and Lisa walked me out because I was really ready to keep fighting it out,” Erika confessed. “There’s also only so much you can take. So I had taken it at dinner. I had taken it at the house… I’m tired of two years of trying to explain things to people and them not wanting to hear, not wanting to listen, and continuously pressing and asking questions. At some point, you throw your hands up, and you go, ‘You know what? I’m done. Nothing I say is good enough.'”

Erika also said she no longer “[felt] welcome” in the home, and Kyle knew that she was upset, especially with her.

“I think she expected more from me and not for me to challenge her. [But] the things that she was saying, I really felt like I didn’t have a choice but to say that because at the end of the day, I have to live with myself,” Kyle explained. “I have to be able to sleep at night and have my conscience clear. So she was very upset, and she didn’t want to talk to me.”

As she left the house in a van with her co-stars, Erika was approached by Dorit, who informed her that she was “very strong” in how she was talking to the other women.

“I think when you approach Erika, and you come from a good place, it’s not designed to kind of stir things up or embarrass her or make her feel bad, and you have real good intentions, you know, she’s capable of seeing that she can maybe have a reaction that’s very strong,” Dorit explained. “And I think people see that and they mistake it for that she’s some iron lady, doesn’t have feelings, doesn’t’ care about anyone. I don’t believe that to be true. In fact, I know that’s not true.”

In response, Erika said that Dorit understands with “continuous” pressure she’s faced from their castmates.

“I said, ‘Look, you need to let the legal process work. Stop asking me questions you know that I cannot answer,'” Erika stated.