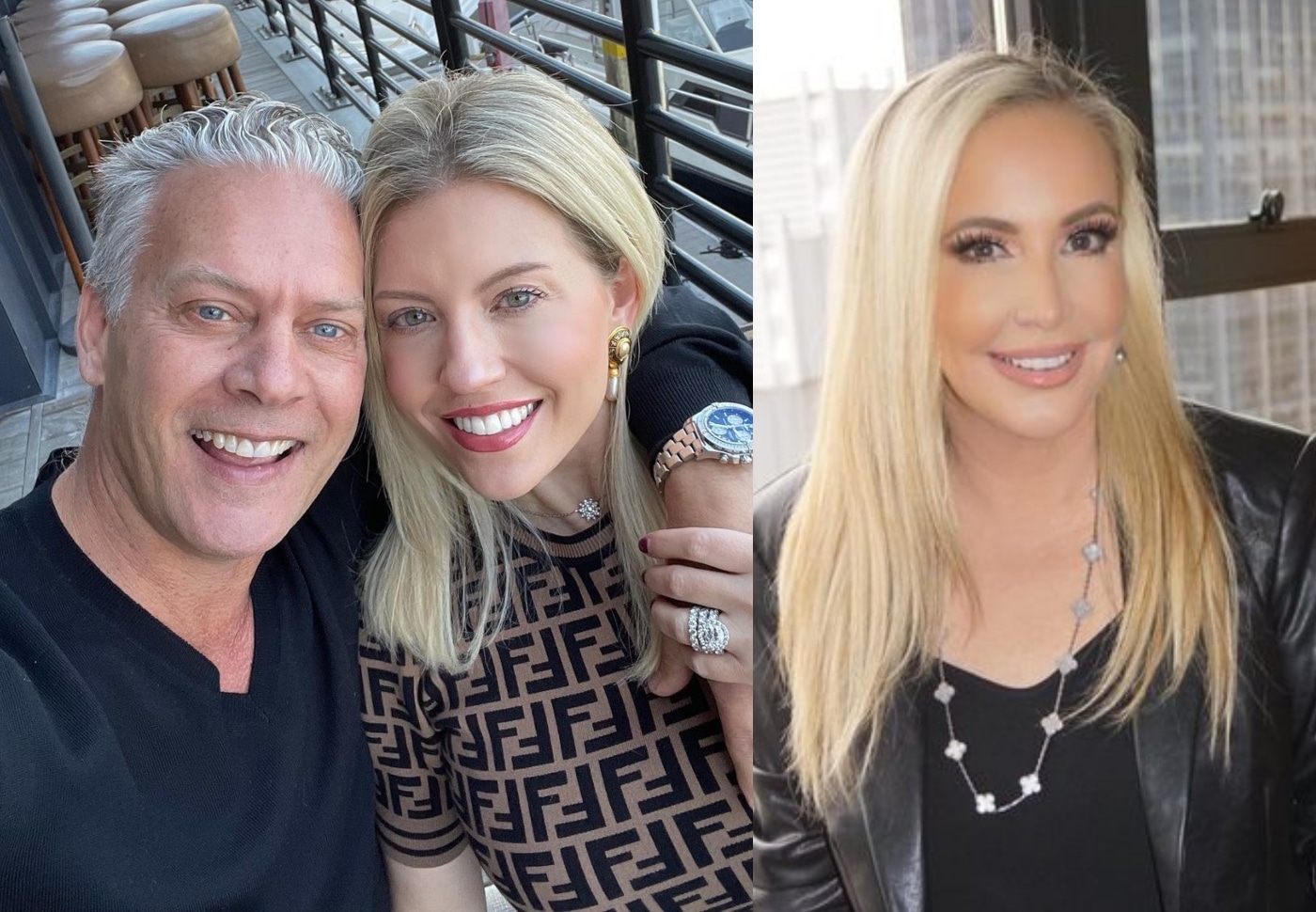 In a post shared to her Instagram Story on Wednesday, Lesley, 38, confirmed that David, 58, who was previously married to Real Housewives of Orange County cast member Shannon Beador, actually dismissed his petition for divorce days ago.

“My husband filed a request for dismissal a few days ago,” Lesley wrote in a September 21 message to her followers on social media. “Now back to your regular programming.” 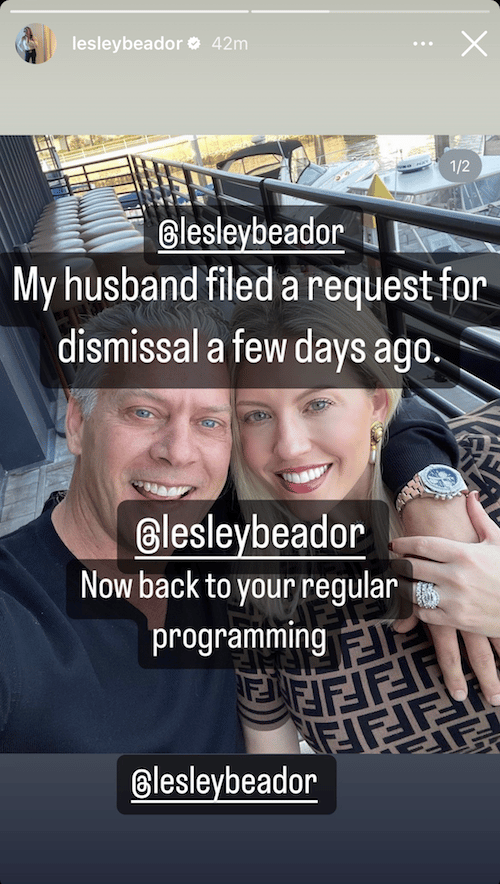 In a divorce filing last week, David, who shares one-year-old daughter Anna with Lesley, cited “irreconcilable differences” as the reason behind their split and listed September 15 as their date of separation.

In his court documents, David also sought joint custody of Anna and requested the court deny alimony for Lesley, citing a prenuptial agreement they signed prior to their October 2020 wedding in Mexico.

Although David shares 21-year-old Sophie and 18-year-old twins Stella and Adeline with ex-wife Shannon, the two of them have been unable to get to a place of communication since their messy split in 2017.

“We still don’t have [a relationship],” Shannon confirmed on Watch What Happens Live in January. “I’ll get in trouble for this. But if he’s on the phone with my daughters and he hears my voice, he hangs up the phone. He will not return a text. It’s unbelievable.”

While Shannon did not react publicly to the news of David’s divorce filing, she was spotted filming scenes for the upcoming 17th season of RHOC with Tamra Judge at the Nobu restaurant in Newport Beach shortly thereafter.

The Real Housewives of Orange County season 17 is expected to premiere on Bravo sometime in early 2023.