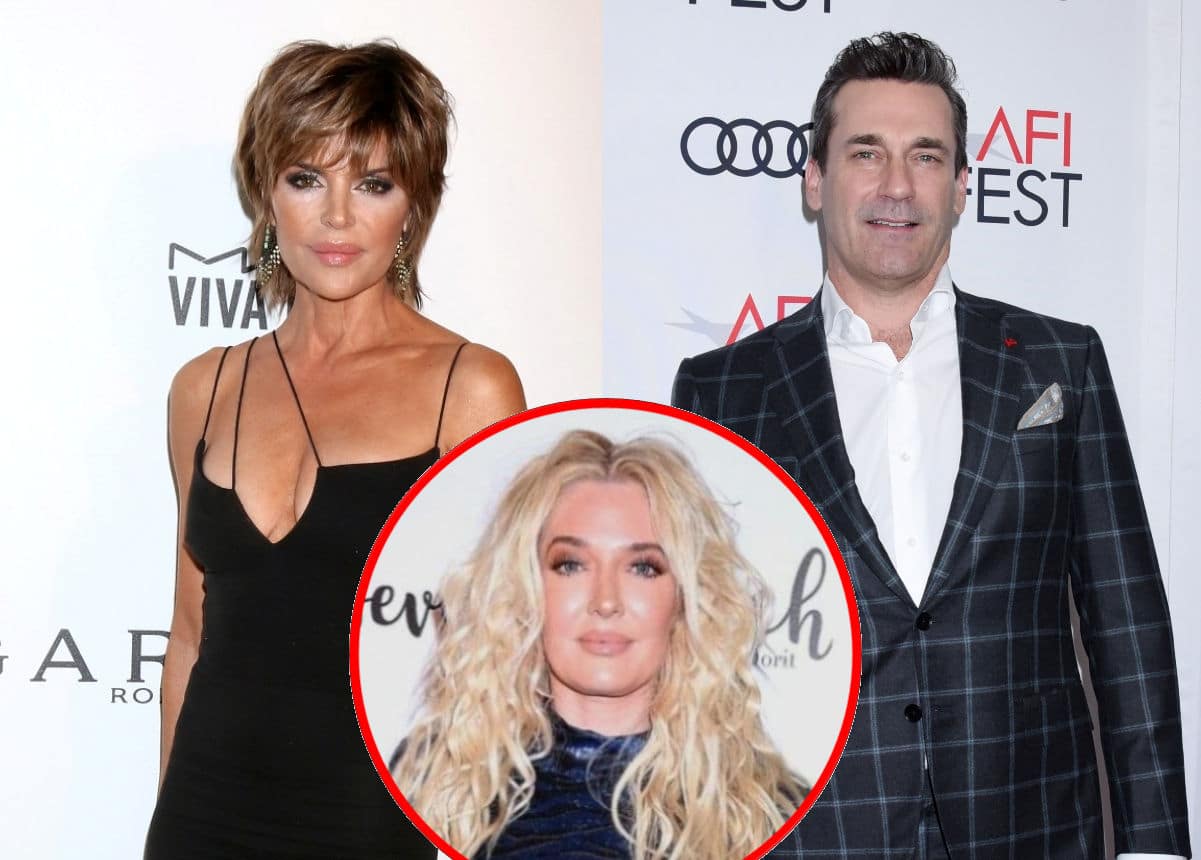 Lisa Rinna took to her Instagram Story on Tuesday night, where she reacted to Jon Hamm‘s recent statements regarding Erika Jayne and her $750,000 earrings.

After the Mad Men actor appeared on SiriusXM Radio’s The Howard Stern Show, where he demanded Erika return the earrings, which she did months ago, and said he wanted to “shake” her, the Real Housewives of Beverly Hills cast member said that while Jon has “incredible taste” in television, she disagrees with his sentiments.

But, in response to Jon’s claims that Erika is “not responsible” and that the jewelry was “never” hers, due to the fact that Thomas Girardi reportedly purchased the items with funds stolen from his former clients’ settlements, Lisa said she was not on board.

“Everyone is watching! [Number one] HUNNY (full interview [Jon] disagree [with] you),” she wrote. 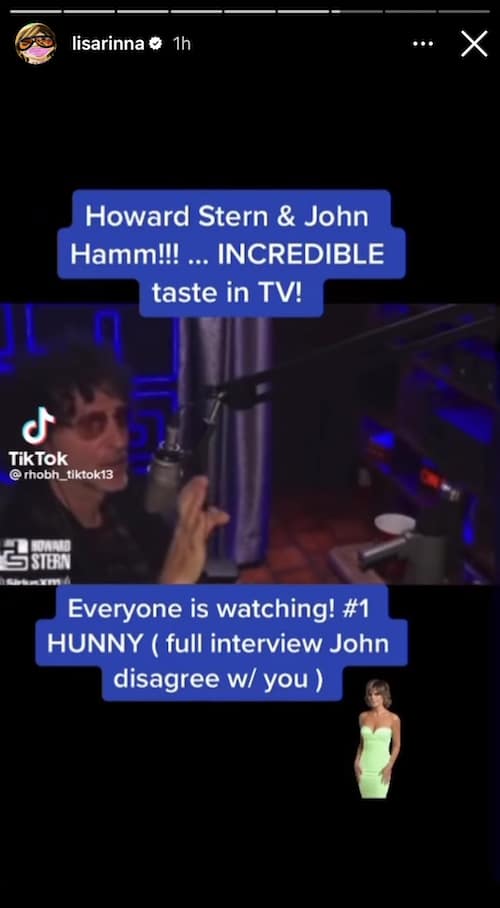 In another Story, Lisa revealed that while she is “strong,” she’s spent an entire week in bed as her drama with Kathy Hilton continues to play out on RHOBH.

“Strong people never give up. We might need a coffee, a cry, or even a day in bed but we always come back stronger,” read a meme shared to her page.

And in a caption, Lisa added, “Week in bed but [who’s] counting.” 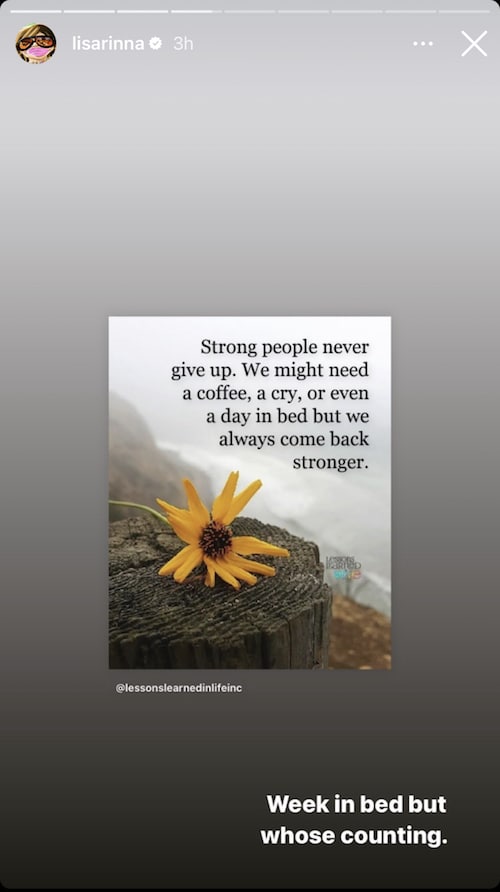 Lisa, who has faced tons of backlash in recent weeks from social media users who feel she’s mistreated her castmates throughout the 12th season of RHOBH, also shared another meme on her page in which she seemed to address the criticism.

“Don’t let the opinion of a d-ckhead ruin your day,” the message read. 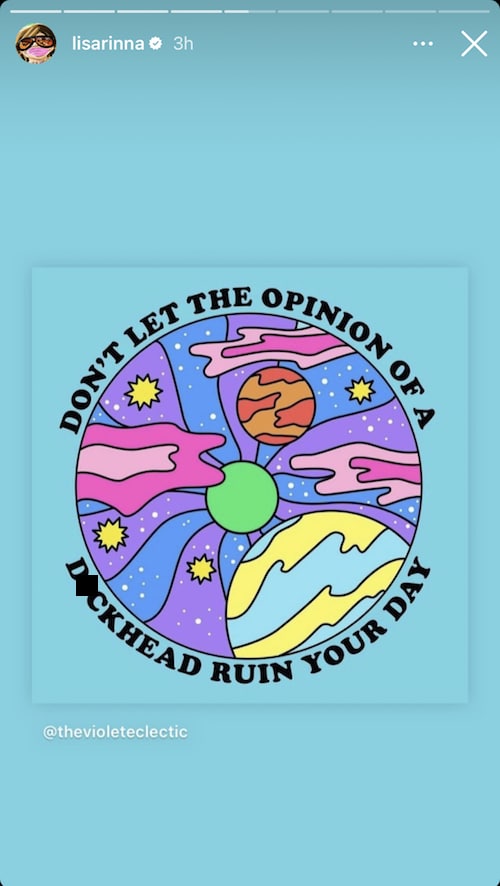 In another recent post shared to her Instagram Story, Lisa re-shared a message from one of her followers, who suggested that no one should be upset with Lisa’s performance on season 12 because she’s simply doing what she’s paid to do.

“Hating Lisa Rinna for playing a shady villain is like hating the mailman for delivering your mail. It’s their f-cking job you morons,” the post read.