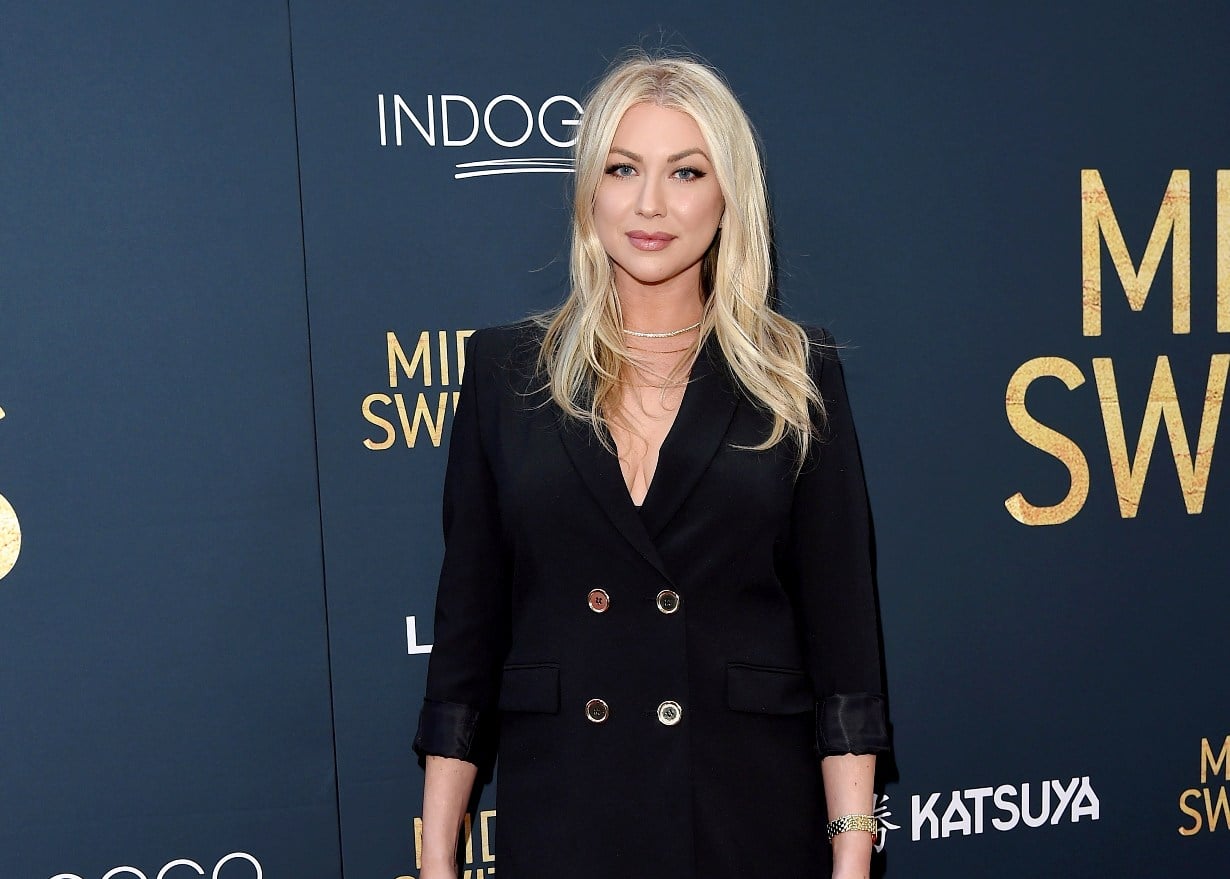 Stassi Schroeder has relaunched her Straight Up With Stassi podcast.

Following a two-year hiatus, the former Vanderpump Rules cast member welcomed fellow podcast host Jackie Schimmel to her show, where she apologized for how she behaved the last time they spoke, in May 2020, and insisted she’s “not the same person” she was before a racism scandal led her to be “socially excommunicated.”

“I’m just, like, trying to make up for the final podcast episode that we did two and a half years [ago], right before June 2020,” she said on a September 28 episode, via Us Weekly. “I was so horrible on the podcast because I [had] just found I was pregnant. And I was coming off of being like, ‘Okay, well now I have to … Like, I’m quitting Xanax, the Juul and alcohol and I am a twitchy motherf-cker.”

According to Stassi, who welcomed daughter Hartford with husband Beau Clark in January 2021, she “could not string words or thoughts together” at that time. But now, over two years after she was axed from Pump Rules and her podcast episodes were removed from all platform, she’s in a much different place.

“I am not the same person that I was when you last heard from me,” she revealed, noting that that may “disappoint some people.”

“I still love to judge people. Judging is fun,” she continued. “If somebody tells you that they don’t like judging, or they don’t judge, they are lying. [It’s] actual human nature and part of our DNA.”

While Straight Up With Stassi was removed from all platforms in June 2020, after Bravo fired her for racist behavior towards former Black cast member Faith Stowers, who she tied to a crime Faith did not commit at a time where racial injustice was prevalent, Stassi never lost the rights to her content.

“The episodes were never deleted; They were just hidden. And during that time, I had all of the episodes transferred to me so that I could decide what I wanted to do with them,” she explained. “I had a lot of thinking to do.”

Looking back, Stassi said that after having some time to reflect, she decided her best option was to take a step back from the spotlight.

According to a second report from Page Six, Stassi also noted that she’s gotten a bit “soft-ish” and “grew up a little bit” in the years since her podcast, which she first launched in 2015, went off-air.

“[My judging is] coming from a different perspective,” she explained. “I think that there’s something to be said for having thoughtfulness before you speak. I kind of think we should just be a little more thoughtful before we put something out there.”