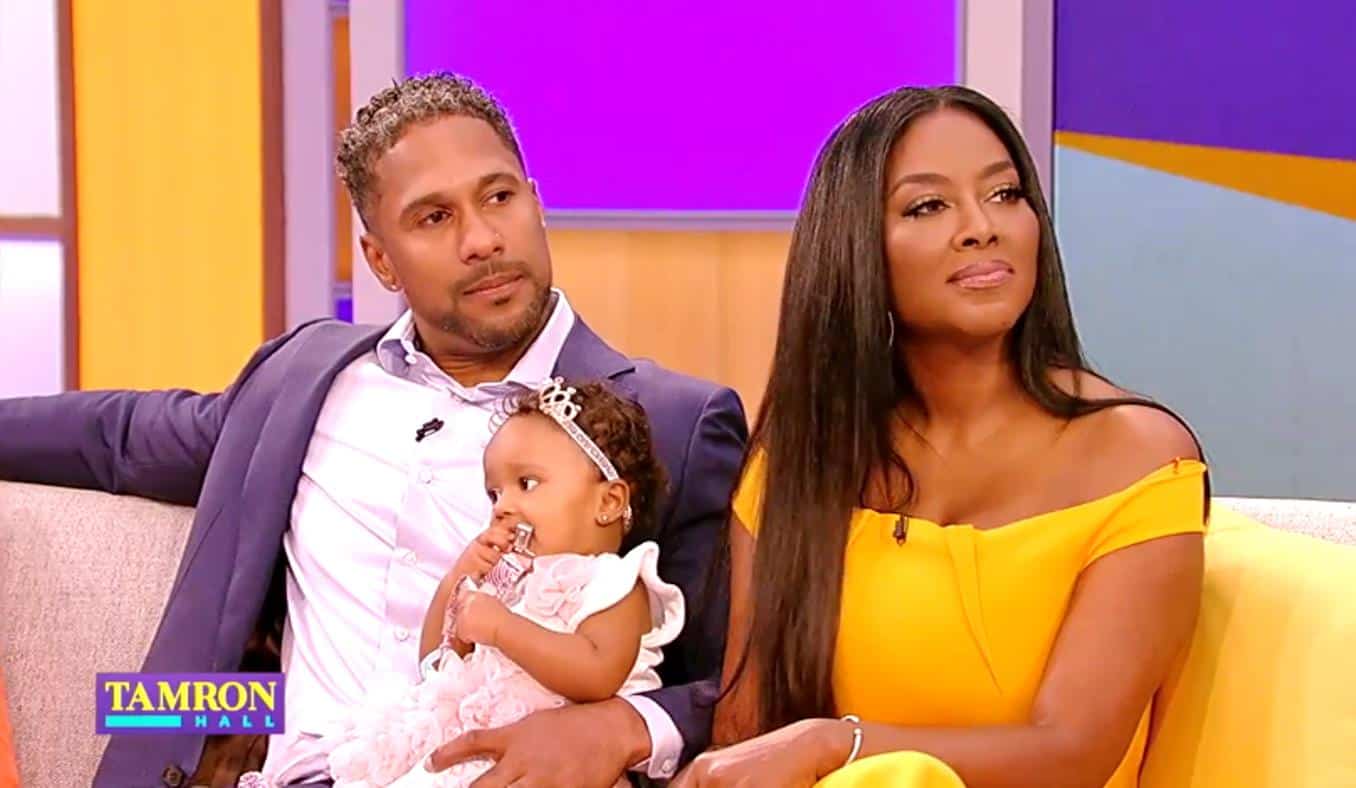 Kenya Moore has reason to believe her estranged husband, Marc Daly, could soon come for her finances.

While offering an update on her divorce after the conclusion of the 14th season of The Real Housewives of Atlanta, Kenya revealed Marc’s attorney has filed a motion, requesting that she turn over her financial statements.

“Why are you asking for them?” Kenya wondered on the September 26 episode of the RHOA: After Show. “Because if it’s about child support, just tell me what you wanna pay. I’m not gonna go through court for that. If you got hit by COVID and you have to pay less, just tell me that. It’s fine.”

According to Kenya, Marc has never wanted to negotiate child support with her and has continuously refused to tell her what he wants to pay to help support their 3-year-old daughter, Brooklyn, which is why she suspects he could be preparing to file for support from her.

“If it’s not about alimony, why are you asking for my financial documents?” she added. “We think he’s going to be asking for something from me because there’s no reason to dig into what I make when this is about what you can pay for your child.”

Continuing on about her divorce, Kenya said it’s a “sh-t show.”

“I shouldn’t have to be dragged in the mud just for me to divorce you from a man who said he doesn’t want anything should we ever divorce, he would just rebuild it,” she noted.

And looking back at her decision to forgo a prenuptial agreement, Kenya admitted to being a “fool.”

“I said to everyone living, ‘You should always get a prenup.’ And I didn’t,” she confessed. “I let him talk me out of a prenup. And I know I’m going to win that part because obviously everyone knows I had my home before, but it’s what I made while being with him, but I just don’t understand, what is the need that you have where you would even feel entitled to any money that I made? You are an able-bodied, highly educated, successful entrepreneur, why are you even asking about my financials?”

Kenya also said that it is she who is Brooklyn’s primary parent, adding that Marc has gone months without so much as a visit.

“I take care of Brooklyn full time, and it’s been… Before last month it was six months before he saw her,” she revealed.

The Real Housewives of Atlanta season 15 will reportedly begin filming next week.