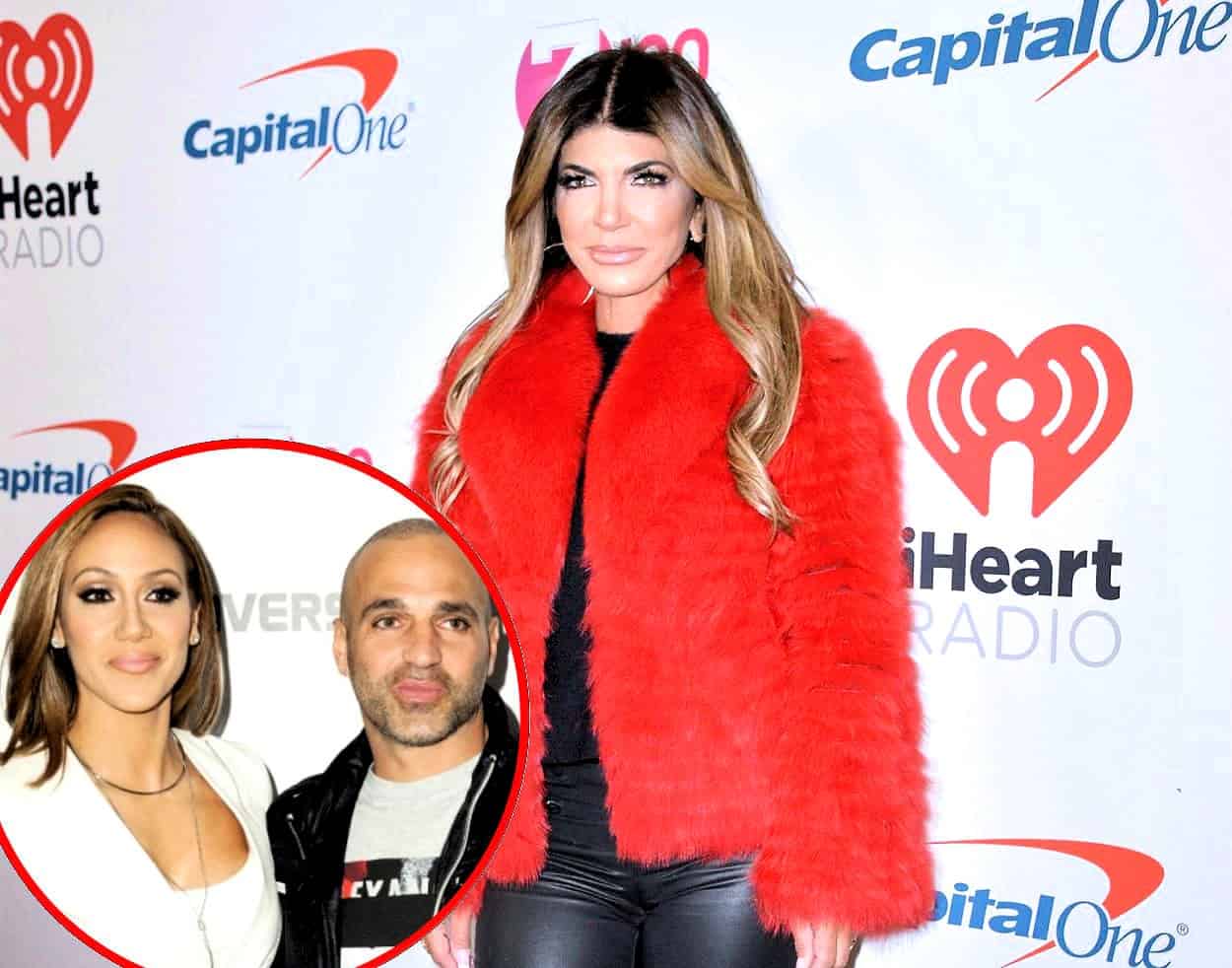 After facing rumors of a potential exit from The Real Housewives of New Jersey, the mother of four is addressing the false reports while teasing her upcoming wedding special with Luis Ruelas and seemingly suggesting her brother, Joe Gorga, and sister-in-law, Melissa Gorga, took advantage of her for years.

“I’m going to be on it until they want me off,” Teresa confirmed to Metro.co.uk of her future on RHONJ on September 30. “I’m always going to be on.”

In addition to appearing on the upcoming 13th season of RHONJ, Teresa is also expected to be featured in a four-episode Bravo special about her August 6 wedding, which she says was “beautiful.”

“It’s going to be absolutely magical. The day I got married was beautiful. Breathtaking, magical, dreamy, like a fairytale,” she gushed, adding that husband Luis is “the love of my life.”

As for what fans can expect to see from the new season, Teresa suggested that the reveal of what caused her falling out with the Gorgas, who reportedly opted out of her and Luis’ wedding after Teresa spread rumors of Melissa’s supposed cheating, would serve as redemption for her.

“It’s gonna blow your minds away,” Teresa told Us Weekly. “It’s very sad. … People thought a certain way about me, and then they’re gonna be like, ‘Wow, we were so wrong.’ I think … when you watch this season [you’ll see that] I kept my mouth shut a lot over 10 years.”

“Don’t forget, my parents were around back then. So, I tried to keep the peace for a long time and … you know, somebody could only take so much for so long. It’s not happening anymore. … I think everybody’s … gonna be blown away,” she continued.

Although Teresa admitted that reliving her drama with the Gorgas will be “sad,” she has no regrets about what went down between them.

“I’m really, like, a fun person,” she added. “In my real life, there’s no drama. No drama at all. I wake up happy every day. I have really good energy.”

The Real Housewives of New Jersey season 13 will premiere on Bravo later this year or early next year.