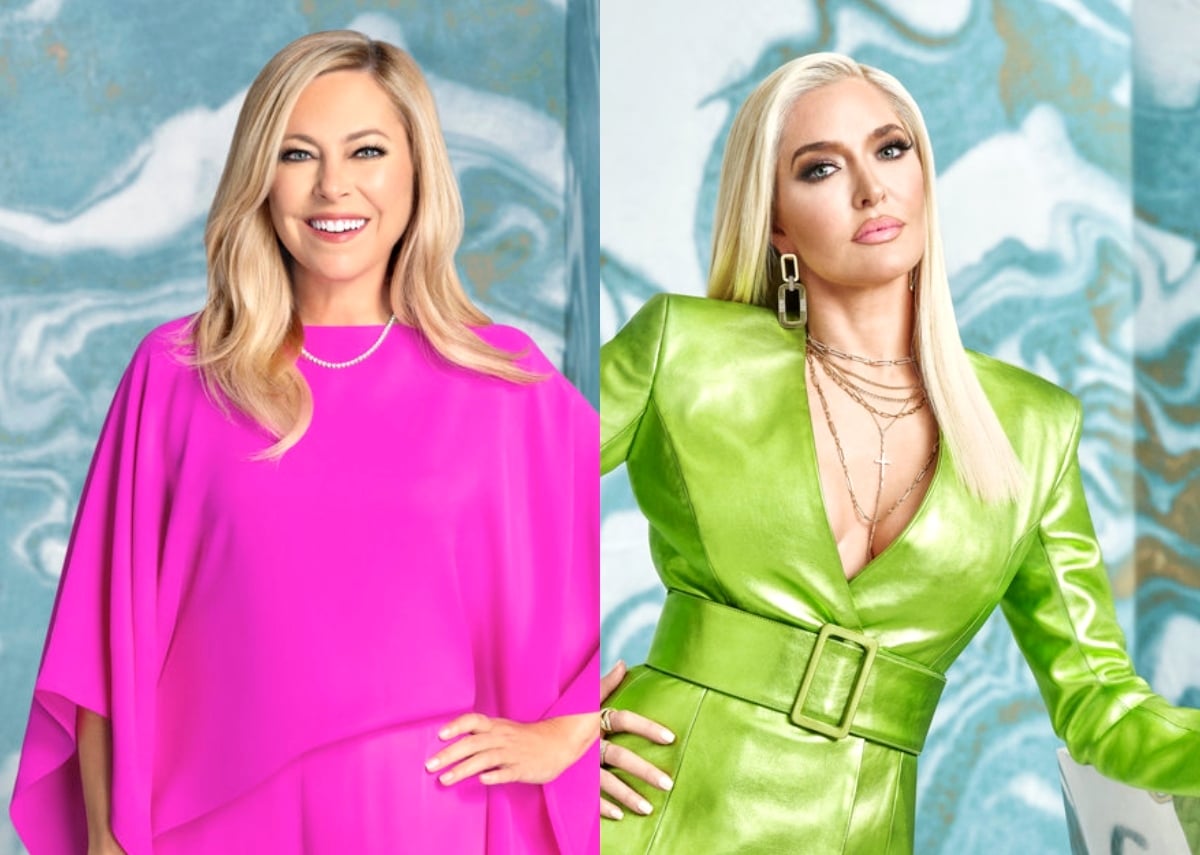 Sutton Stracke is explaining why she found Erika Jayne‘s use of prescription drugs and alcohol so concerning.

After noting that she believed Erika’s out-of-character antics and frequent drunkenness on the Real Housewives of Beverly Hills season 12 were a “schtick” at first, Sutton admitted to growing concern about the “dangerous combination” Erika was exposing herself to as Erika defended her decision to seek help amid her legal drama.

“I saw a little bit of it in Mexico, but I didn’t really, to be honest, I didn’t really believe it… I thought it was a schtick,” Sutton explained on the October 21 episode of the RHOBH: After Show. “So I’m learning this, and what I’m hearing is, antidepressants, Xanax, and alcohol… [And] what I have witnessed is my father on antidepressants, Xanax, and alcohol. And it’s a very, very dangerous combination.”

According to Sutton, the drugs Erika was using hit home with her and made her want to do something to help her RHOBH castmate.

“It’s something I feel very strongly about, and what can we do? Now I’m gonna step in. Now I wanna know, really what’s going on? Her life is a mess. Do the drugs camouflage everything so that you’re not really dealing with it?” she wondered, suggesting Erika was medicating in an effort to avoid her troubles.

But according to Erika, her decision to prioritize her self-care as she endured dark times should not be criticized.

“No one should question what I’m doing with my medical health. I had a very hard time, and I was adult enough to go seek help,” Erika stated. “To hear someone on the sidelines of my life criticize what I did for the betterment of my life, my daily life, and my stability, is… Not only is it ignorant, it’s hurtful.”

“Part of me [was] like, ‘Hold on a second. Who the f-ck are you to tell me what to do medically?’ Last time I checked she wasn’t an M.D.,” Erika noted, adding that Sutton might need to “see a psychiatrist” herself.

And Dorit Kemsley agreed, asking, “Who is anyone to say what someone should or shouldn’t be taking?”

Erika went on to point out that Sutton should have more compassion for those with mental health issues, especially considering the death of her father.

“She’s been very upfront about her father committing suicide. Did he need help? It would seem, yes, maybe,” she shared.

“It just feels like a lot of contradiction a lot of times. It’s very difficult to trust someone’s best intentions, especially when they say over, ‘I’m a very good person,'” Dorit added.