Andy Cohen Fires Back at Lisa Rinna’s Claims of Receipts at RHOBH Reunion After Being Deemed a “Liar,” Shares Text Exchange 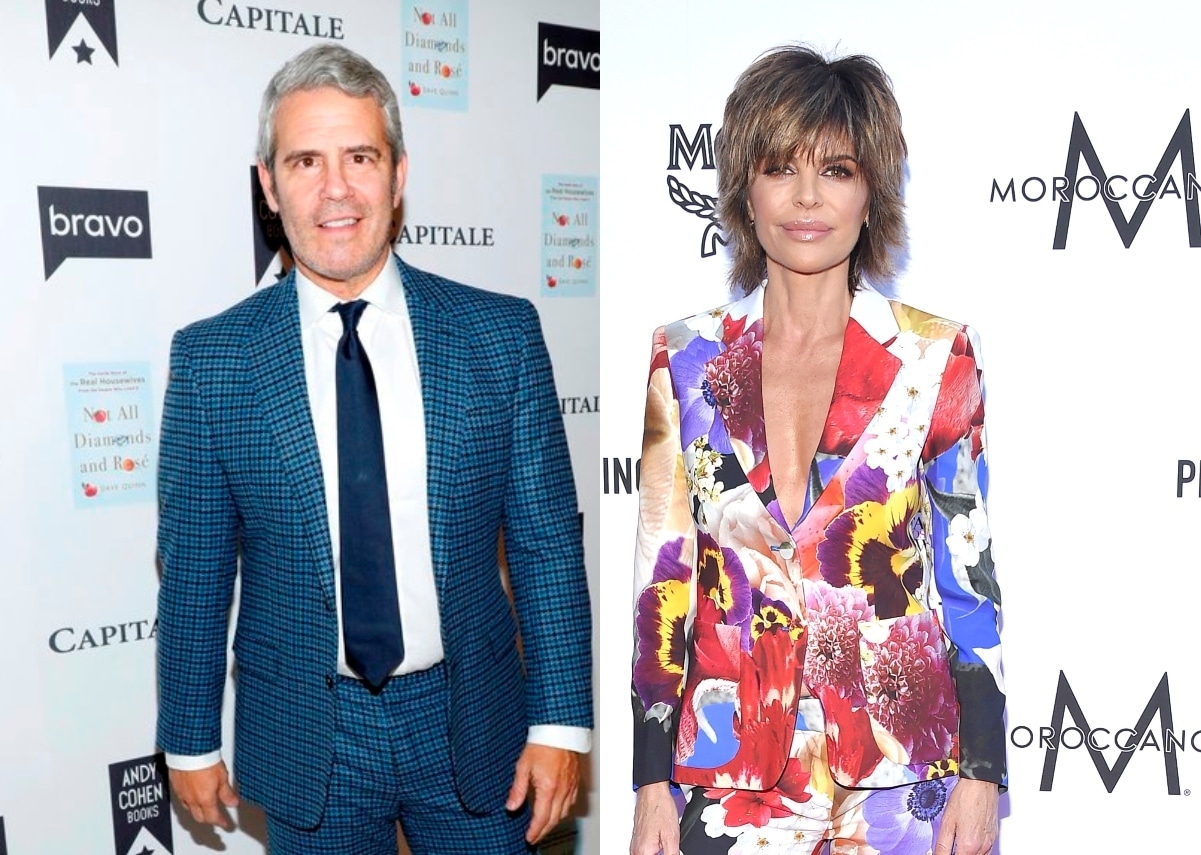 Andy Cohen is clapping back at Lisa Rinna for suggesting he wasn’t honest about the contents of the envelopes she brought to The Real Housewives of Beverly Hills reunion.

On Wednesday, after Lisa revealed on her Instagram Story that she had two, not one, envelopes, one of which included screenshots of text messages sent amid Kathy Hilton‘s meltdown in Aspen, in response to Andy claiming her receipts pertained to her drama with Sutton Stracke, Andy denied seeing what was in the second envelope.

“She had the Elton John receipts, she had, what were her Aspen receipts that I never saw. We never got to them. We didn’t cut them out of the show. She never handed them over during the show. And so that is the tale of Rinna’s receipts,” Andy said on the November 2 episode of Andy Cohen Live.

As RHOBH fans may have heard, Andy said on his show on Monday that Lisa’s receipts were in regard to her Elton John Aids Foundation dispute with Sutton, noting that the discussion had was ultimately cut from the three-part special.

“What was in the manila envelope was receipts relating to the Elton John AIDS Foundation ticket snafu,” he said at the time.

But in response, Lisa took to her Instagram Story and set the record straight, saying, “I had [two] envelopes. Not one … And they were filled with receipts.”

At that point, Andy reached out to Lisa himself, saying, via text, “I said on the radio today that your receipts were about the Elton John AIDS thing. Is that what they were, were there also Aspen receipts?”

According to Andy, Lisa responded by informing him of what she told her fans and followers on Tuesday, noting that she had printed eight pages of text messages sent to Erika Jayne and others as she endured what she later called a “psychiatric break” from Kathy.

“She said, ‘I printed out eight pages of text messages from texts that I was sending to Kyle and Erika’ and, and another friend of hers about what was going on that night with Kathy,” he explained. “And she said, ‘That was kind of my corroboration, that I sent those texts that night. And that’s what that was.’ And we never, she never entered them to the court for consideration and we never got to them.”

Now, after being confronted by fans telling him that Lisa was “calling [him] a liar,” Andy admits that when it comes to his and Lisa’s claims about her envelopes, he believes “both of these situations to be true.”