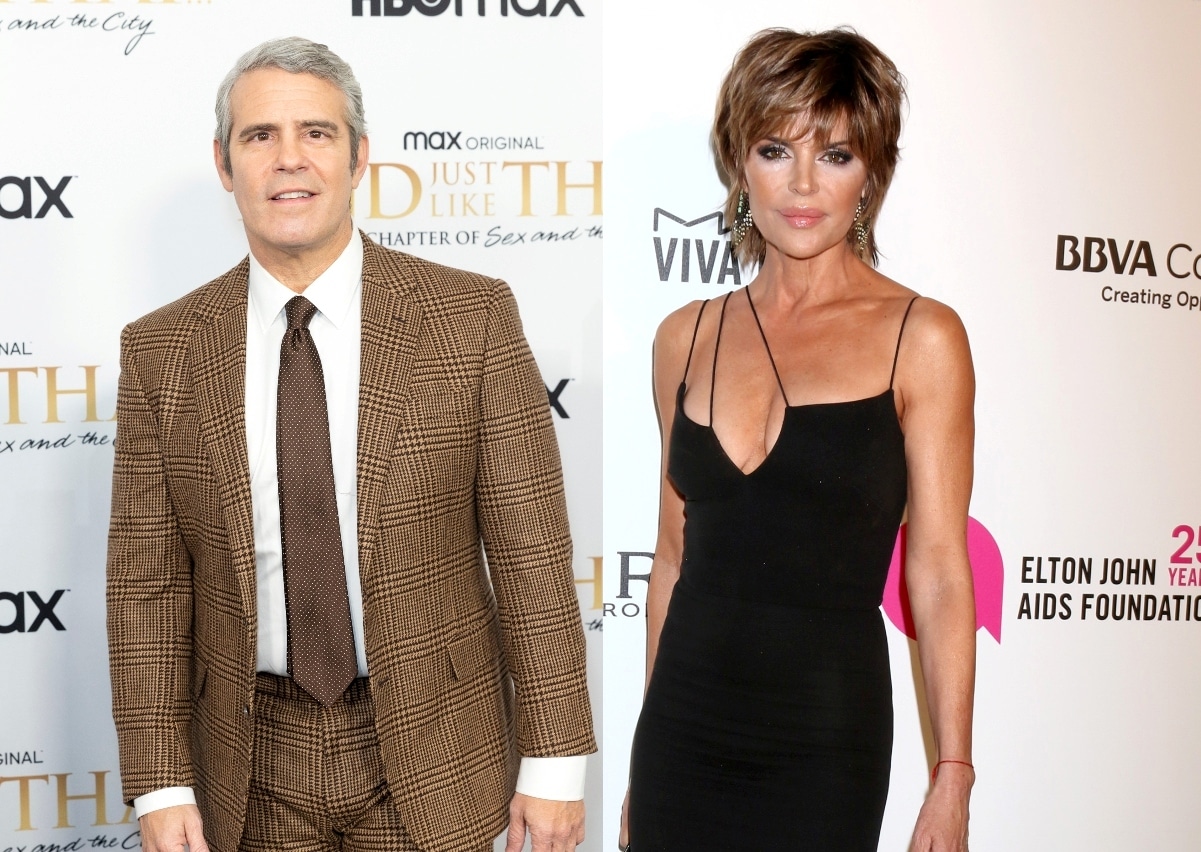 Lisa Rinna is responding to claims Andy Cohen made about her Real Housewives of Beverly Hills reunion receipts on his radio show earlier this week.

In a series of posts shared to her Instagram Story, Lisa revealed that when it comes to her receipts, she didn’t have just one envelope as Andy claimed. Instead, she had two, one of which included information about Kathy Hilton and her meltdown in Aspen.

“I had [two] envelopes. Not one … And they were filled with receipts … And my bum looks good here,” Lisa wrote in the caption of a photo of herself on the RHOBH reunion set on November 1. 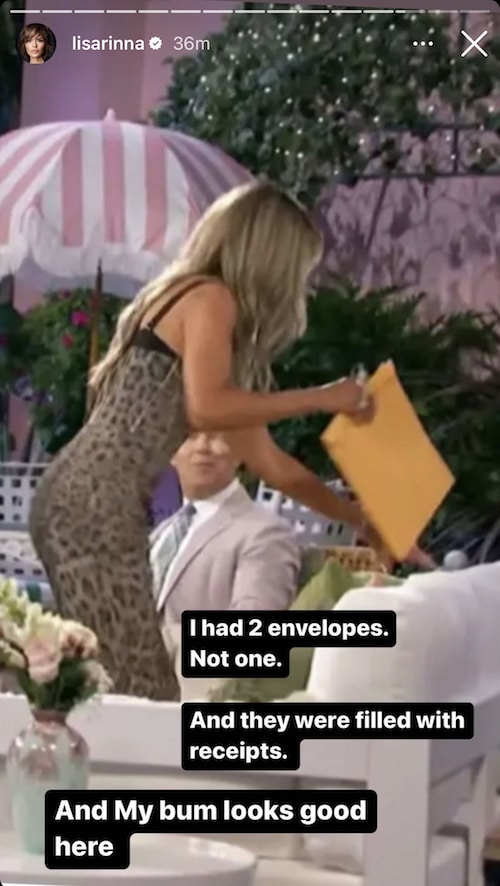 In a second Instagram Story, Lisa further detailed the contents of her second envelope, revealing she brought screenshots of text messages shared with a number of people amid Kathy’s outburst to the taping.

“I had two envelopes and one had receipts from two text chains. One I was texting with [Erika Jayne] because she asked me where I was and what had happened to me and [Kyle Richards] was there with her so she knew exactly what was happening at the house and what had just gone down. And then the other was a text chain with my assistant and one of my best friends,” Lisa revealed.

“I believe it was eight pages long once it printed it out,” she continued, noting that she was “trying to figure out what the f-ck to do” when the messages were sent.

“There you have it. Two envelopes. Not one envelope, two,” Lisa added. “Just keeping it real.”

Lisa also shared a sketched photo of her late mom, Lois Rinna, who died in November 2021 after a stroke, on her Instagram Story and told her fans and followers it has been nearly a year since her passing.

“It’s almost been [one] year … in a week and a half,” she captioned the image. 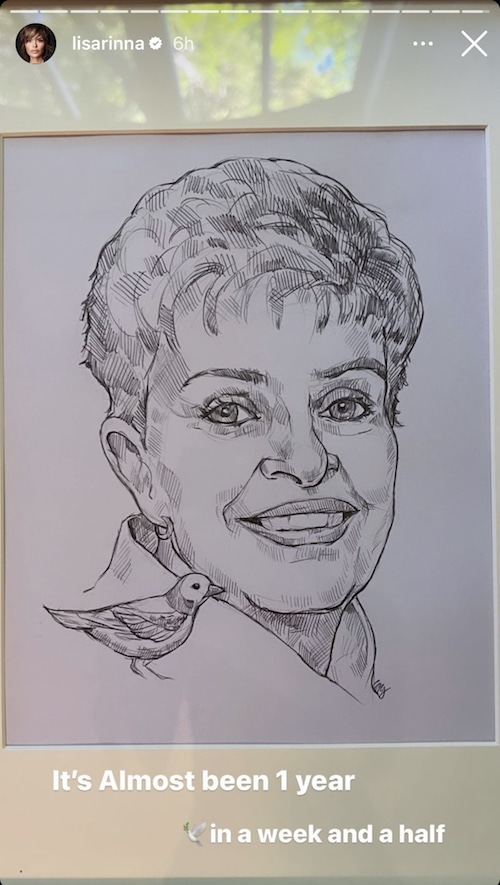 On Andy Cohen Live on Monday, Andy told listeners Lisa’s receipts were in regard to Sutton Stracke and their Elton John Gala tickets feud, not Kathy and her behavior in Aspen.

“What was in the manila envelope was receipts relating to the Elton John AIDS Foundation ticket snafu,” he stated.

Then, regarding why the scene was cut, Andy said, “There were a lot of decisions made in the edit to cut down many conversations. Pretty much every topic we beat to death because that’s what we do.”

“If it had been any longer, I feel like everyone would have complained it was too long,” he added.