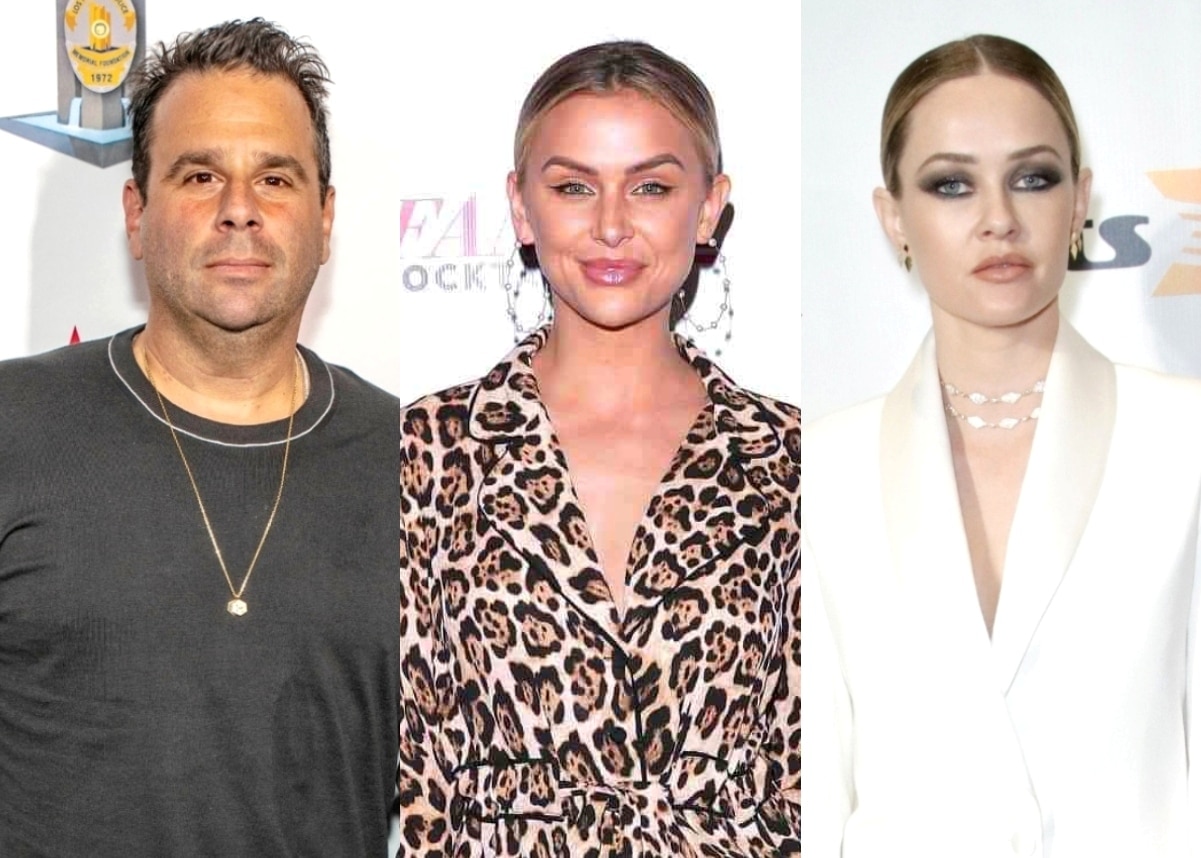 Randall Emmett claims Lala Kent and Ambyr Childers are “working together” to win their custody battles against him.

As the Vanderpump Rules cast member, who Randall shares a one-year-old daughter with, reacted to the news of the settlement of a racial discrimination lawsuit brought against him weeks ago, Randall is denying claims of being emotionally and verbally abusive to Ambyr, the mother of his two oldest daughters, London, 12, and Rylee, 9.

“I believe that Ambyr and Lauren are working together in [an] attempt to destroy my reputation to give them both an advantage for custody,” Randall wrote in court documents obtained by Page Six on November 16. “Ambyr has completely fabricated abuse that never happened and I believe that Lauren has convinced her to do so.”

Last month, Ambyr filed a restraining order against Randall, which was ultimately denied, claiming she’d discovered “threatening” emails between her former spouse of eight years and his attorney, Ben Valencia.

But according to Randall, Ambyr had never made any allegations of violence against him previously.

“Ambyr states she cannot remember specific incidents of abuse. She cannot remember specific incidents, because there are none,” he noted. “Ambyr’s claims now stem from her friendship with my former fiancée, Lauren Burningham, the mother of my youngest daughter, Ocean. Lauren and I are in the middle of a very contentious custody litigation, in which Lauren has made false allegations of abuse, though she has never filed a DVRO Request against me, because she knows she is not a victim of abuse.”

“If anyone is a victim of abuse in this relationship, it is me,” he added.

As Pump Rules fans may recall, Lala claimed to the Los Angeles Times earlier this year that Randall “tackled” her and pushed her to the ground after she confronted him about his alleged cheating in late 2021.

However, Randall claims her allegations were nothing more than a “smear campaign” aimed to “sway their custody dispute.”

“Lala Kent has lied and manipulated others in her desperate attempt to win full custody of her daughter, keep her name in the press, and remain relevant in reality television,” Randall’s reps said.

Also on Wednesday, the Los Angeles Times confirmed Randall settled a lawsuit brought against him by Martin G’Blae, his former assistant who accused him of racial discrimination, creating a hostile place at work, using the N-word, asking him to transport cocaine, and requesting his assistance in the filing of a fraudulent insurance claim involving a Rolls Royce.

“The parties have discussed their claims and potential claims against each other and as a result of these discussion, Mr. G’Blae’s complaint is being dismissed with prejudice,” Martin’s lawyer, Young K. Park, said in a statement.

Meanwhile, in a statement of her own, Randall’s attorney, Suann MacIsaac, said, “Mr. G’Blae has decided to dismiss his complaint and Mr. Emmett has agreed to not pursue damages for what he strenuously maintains were false allegations made against him. The matter is now closed.”

Following the sharing of the settlement news, Lala took to her Instagram Story, where she seemingly reacted to the Los Angeles Times article.

“It was not ‘dismissed,’ it was settled. There is a huge difference,” she wrote to her fans and followers. “What I’ve learned in this town is everyone has a price. It does not mean the victim is not credible-rather, they were overpowered, threatened, paid, then silenced. An art that someone has conquered quite beautifully. And when the day comes that you crash and burn, you can try to blame everyone around you for your demise.”

“And not if, but when that day comes-where your truth is revealed, that you desperately tried to cover up, you will have to look in the mirror and know no one did this to you, but you,” Lala added. 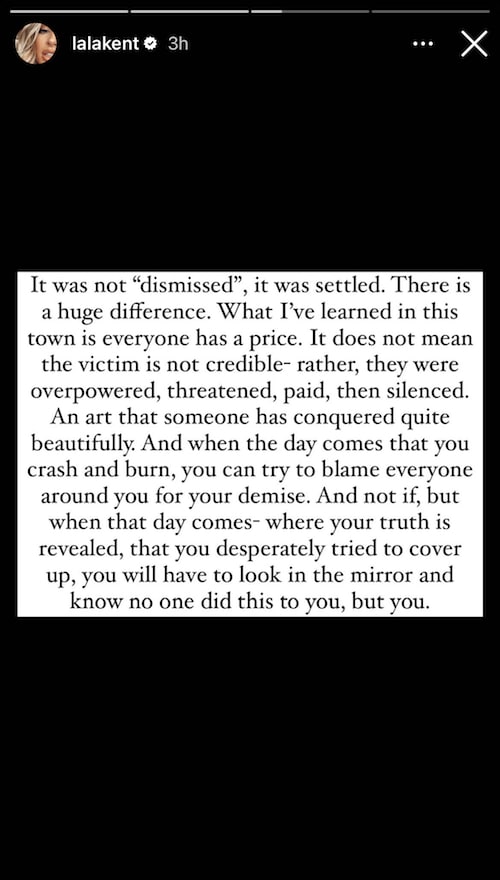