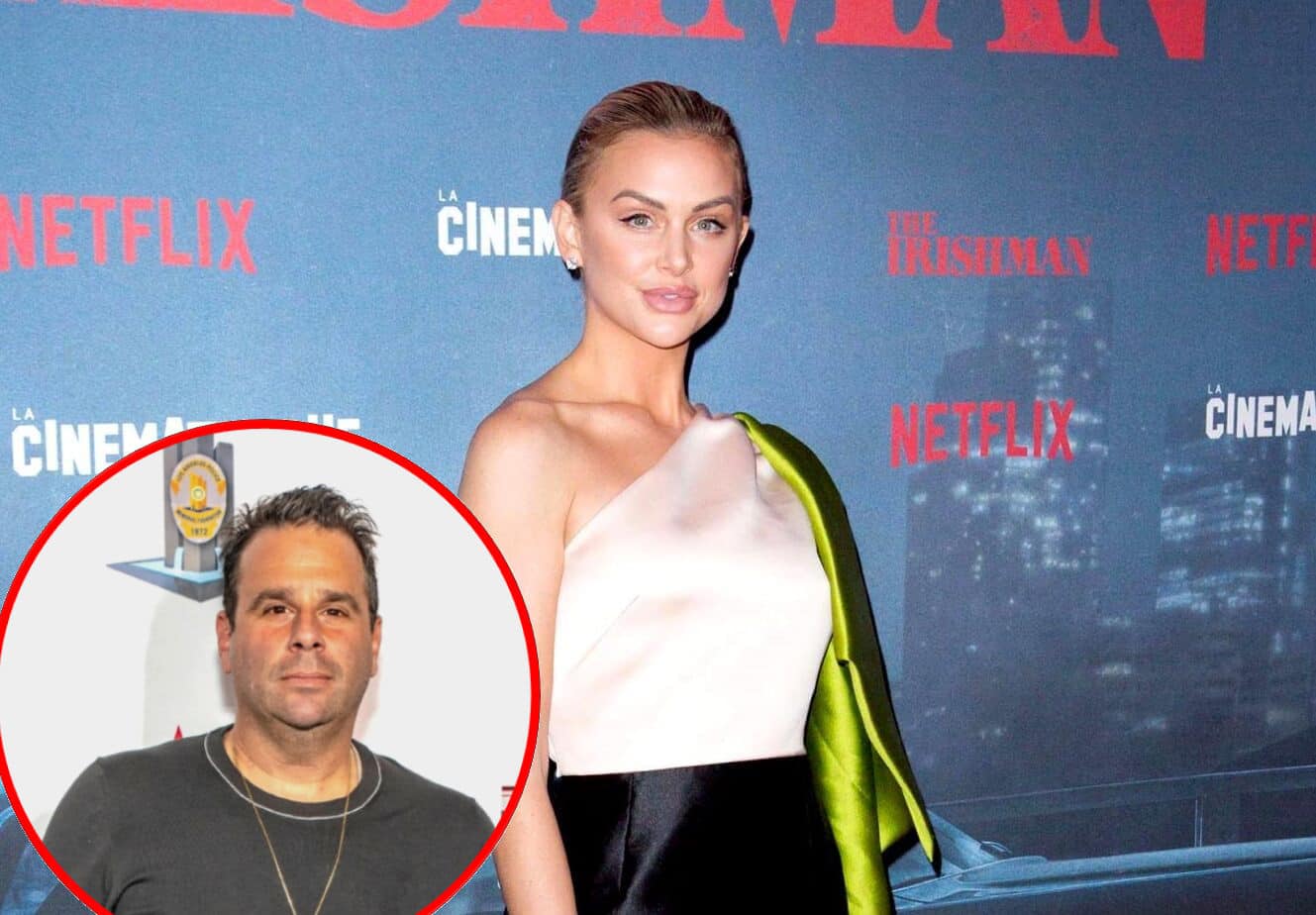 Lala Kent opened up about the end of her relationship with ex-fiancé Randall Emmett on a podcast last week.

While also addressing her relationships with Randall’s ex-wife, Ambyr Childers, and his business associate turned nemesis, 50 Cent, the Vanderpump Rules cast member said she can’t believe she “didn’t see the red flags” and feels she had “tunnel vision” as she looked back on the “horrific” things Randall was reportedly doing behind her back — even during the time she was expecting their 19-month-old daughter Ocean Kent Emmett.

“I sat there and thought, ‘How stupid could you be?’” Lala admitted on the October 5 episode of Sofia With an F. “So many people were talking about this guy and how horrific he is, and you just thought like, ‘Nothing’s wrong, don’t look into it?’”

According to Lala, her split from Randall “wasn’t about the cheating.”

“There was so much more [that was] horrific,” she explained. “He f-cked around on me, I can get over it. We can co-parent… It was all of the other things that came along with it that, obviously, I can’t share.”

Although Lala said she couldn’t reveal the dirty details of her breakup, she said the universe will at some point before noting that it already did, at least in part, in the form of a Los Angeles Times article that exposed his alleged mistreatment of women and former employees (which he denies).

As Pump Rules fans will recall, Randall was married to Ambyr, the mother of his two older daughters, when his relationship with Lala began. So, initially, the two women did not get along — by any means.

“She hated me because I was looked at as the girl who ruined a marriage, but he’s just impeccable at creating lie after lie. I don’t even know how he keeps up with all his sh-t… The man can’t take a breath without telling a lie,” Lala noted.

But while things between them were previously strained, they made amends after Lala and Randall’s split and are now “very close,” although it is “a rare occasion” that they discuss Randall.

“We got extremely, extremely close, which is very strange… I apologized to her just for the role that I may have played in the demise of her marriage, and she said, ‘You saved me.’ And I said, ‘Well, you f-cked me,’” Lala laughed.

During one particular moment in her relationship with Randall, Lala traveled to Santa Barbara, where Randall was making a film, for her gender reveal.

“I was excited,” she recalled. “I’m like, ‘I’m going to find out if I’m having a boy or a girl.’ And I go to set, and I remember they took me straight to set instead of his trailer, and it’s because he was f-cking around with a masseuse in the trailer. And then it just got more and more horrific.”

“What the f-ck? Who does that, you crazy, sick motherf-cker?” Lala wondered.

In addition to settling her feud with Ambyr in the year since her split from Randall, Lala has also found herself on better terms with 50 Cent, who called her out as a “gold-digger” while demanding Randall pay him the $1 million he was owed in 2019.

“We linked up a few times. [And] the first thing he said to me was, ‘You should’ve listened to me,’” Lala revealed of their newfound friendship. “I think the initial thing of like, ‘Yo, this dude owes me $1 million,’ and then like calling him, 50’s words, not mine, calling him ‘Harvey Weinstein‘ in the caption, I think it was like, ‘Hi! Warning!’”

As for where she stands with Randall today, Lala said she hasn’t seen him since they parted ways in October 2021.

“I have not seen him … [And] I don’t want to,” she confirmed. “People like me don’t associate with people like him. [He lowers] my stock tremendously.”

According to Lala, she was met with tons of opportunities once the relationship ended, likely because “people knew things” she didn’t know.”

“I remember it not being a great relationship, and it feeling toxic on a lot of levels, but my mom [Lisa Burningham] kind of reminds me of those things because she was my support system throughout the relationship,” Lala noted.

Luckily, as she raises her young child as a “single parent” after her messy split from Randall, Lala has “a lot of support.”

“My mom ended up moving out to L.A. She helps me with Ocean, so I do have a co-parent in that regard. My mom’s the co-parent,” Lala clarified, adding that when it comes to her custody exchanges with Randall, her mom “drives [Ocean] to his house,” where his nanny comes out and gets her.

Also, during the podcast, Lala confirmed she’ll celebrate four years of sobriety on October 22 before explaining her mindset at the time she chose to live clean.

“I was just done,” she noted. “There was nothing in the world that could change my mind and make me go pick up a drink again. Even the thought of having a drink takes me to a dark place.”