PHOTOS: Lala Kent Poses With 50 Cent, Pump Rules Star Seen “Multiple Times” on His Movie Set Years After His Feud With Randall, See What the Rapper is Saying 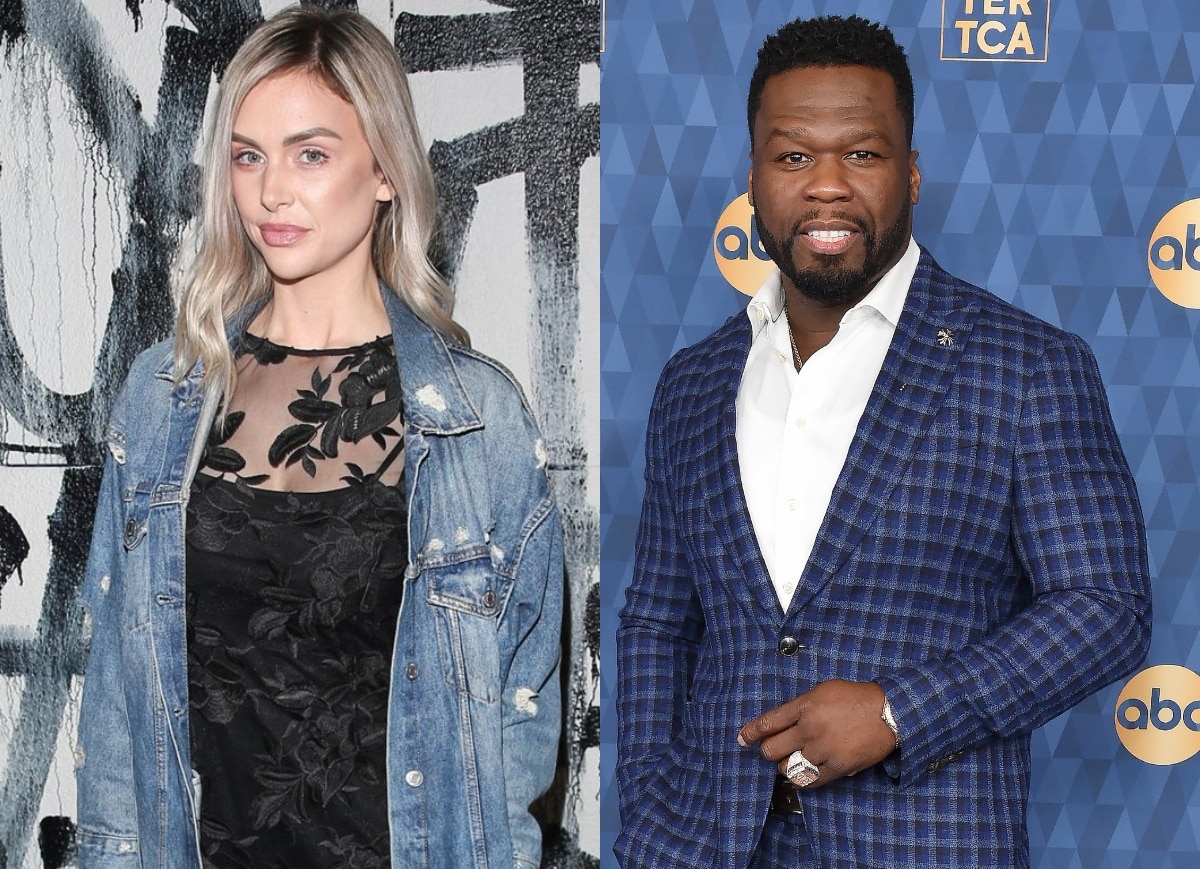 Lala Kent has seemingly settled her past feud with 50 Cent.

Years after the rapper slammed her as a “gold-digger” while demanding her now-ex-fiancé, Randall Emmett, pay him the $1 million he was owed (Randall ultimately paid), the Vanderpump Rules star reunited with 50 Cent at a studio in Los Angeles. And according to a new report, it wasn’t the first time they’ve been spotted together in recent weeks.

According to an August 3 report from TMZ, Lala has been spending time with 50 Cent on the set of his upcoming horror film, Skill House, which is currently being filmed at L.A.’s Sway House studio. In fact, sources on the set of Skill House claim Lala has visited 50 Cent “multiple times” amid production — even though the reality star and actress doesn’t have a role in the film.

Lala Kent has visited 50 Cent multiple times on set after their very public feud back in 2019. https://t.co/X32grANLB1

As Pump Rules fans may recall, 50 Cent targeted Lala in 2019 after being stiffed $1 million by Randall, who Lala split from in October of last year amid rumors of infidelity. At the time, 50 Cent shared a post in which Lala was seen discussing how Randall gave her expensive gifts after sex. And in response to the rapper’s actions, Lala suggested 50 Cent was downplaying the #MeToo movement.

Just last month, 50 Cent rebooted his feud with Randall by sharing a link to a Los Angeles Times exposé that accused Randall of supposedly offering movie roles to women in exchange for sex acts and reportedly treating his employees poorly.

“Whatever they say he did, he did that sh-t!” the rapper wrote on Instagram.

Meanwhile, during an interview on Juicy Scoop earlier this year, Lala emphatically replied, “F-ck yeah,” when asked if she would ever date 50 Cent.

“[But] I don’t think 50 Cent would date Lala,” she admitted. “When 50 came out with his song ‘In Da Club,’ I had the biggest crush on him. I was young. I think I was still in junior high and I just thought he was the finest thing to ever fall onto the planet.”

Although Lala has not yet spoken out in regard to the nature of her current relationship with 50 Cent, he responded to TMZ’s post about their time together in a comment shared to their page, suggesting that he’s already heard from Randall about the issue.

“Randell (sic) you better stop texting people talking sh-t because I get nervous, and you know how I get when I get nervous,” he wrote, as captured in a screenshot shared by Best of Bravo on Instagram. 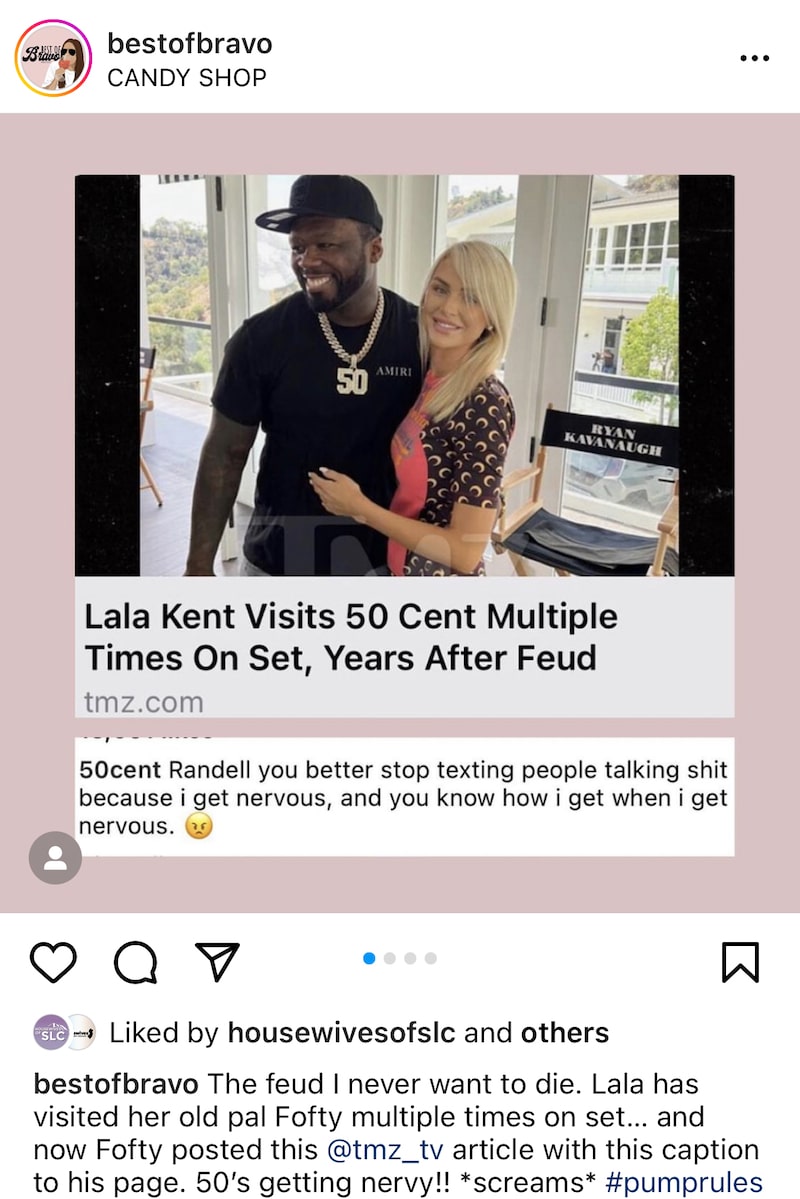 Vanderpump Rules season 10 is currently in production and expected to return to Bravo later this year or early next year.