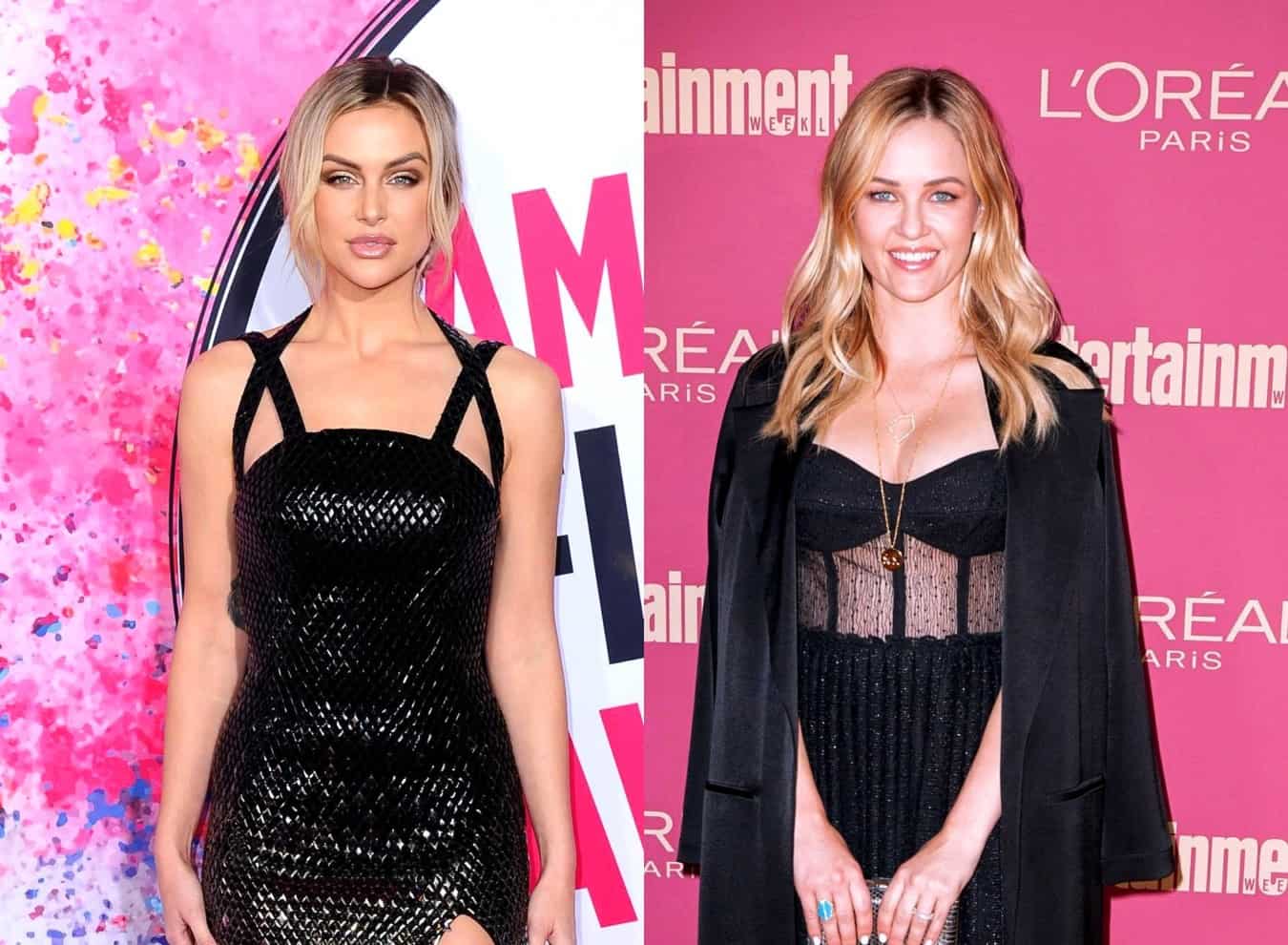 Lala Kent celebrated her birthday on Friday, September 2, and, in addition to receiving several well-wishes from her Vanderpump Rules cast members as she attended a party with friends, she reacted to a message sent to her by former fiancé Randall Emmett‘s ex-wife.

After making amends with Ambyr Childers following a years-long feud, which was prompted by the overlap in their relationships with Randall, who Lala met in 2015 amid his marriage to Ambyr, Lala re-shared a kind message and photo Ambyr posted on her Instagram Story.

“Happy birthday mama!” Ambyr wrote in her post, which featured a photo of Lala in the pool with her and Randall’s one-year-old daughter Ocean. 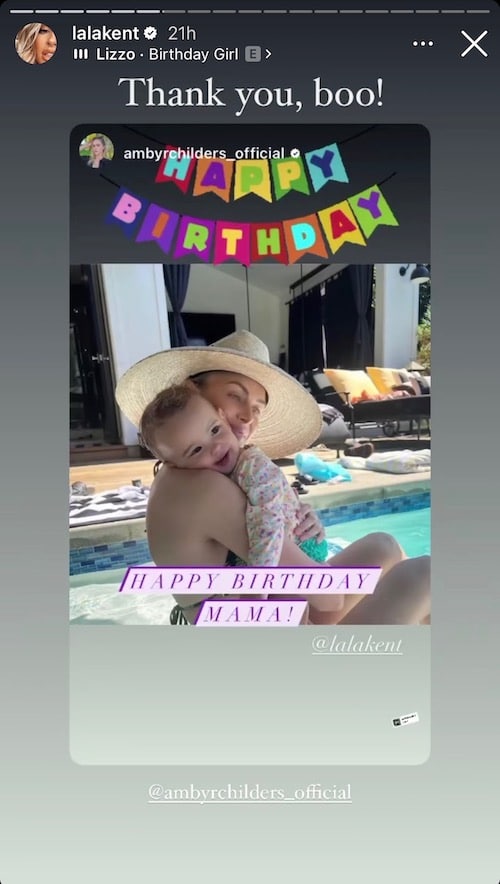 Back in May, while appearing on Jeff Lewis‘ radio show, Jeff Lewis Live, Lala offered an update on her relationship with Ambyr, saying that they are “very much on the same page” and noting that she hopes Ocean and her older sisters, London, 12, and Rylee, 8, will remain close, despite her and Randall’s messy split.

“I have an older brother who’s 15 years older than me, and as we got older, we became close. So Ambyr’s two kids are 12 and 8, so there will be a significant age gap between those two and ocean, but my only hope is that she has a close relationship with them,” she stated.

Also on Lala’s Instagram Story on Friday was a photo of what could have been a new love interest in her life.

Although Lala seemingly gave what looked like a sneak peek at the mystery man, she didn’t reveal much, sharing only an image of the person’s heavily-tattooed arm and hand on top of what is presumed to be her heeled foot with no caption. 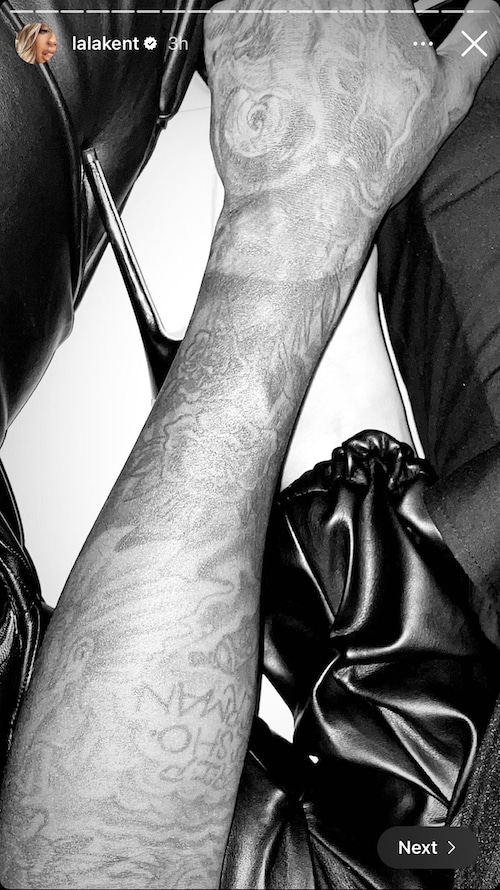 In July, during an interview with Extra TV, Lala said that when it comes to dating, the concept “freaks [her] out.”

“I just want to have a lot of fun and experience freedom… I want to laugh a lot… And [to] feel hot, obviously,” she explained. “I can do, like, group things. Group things — that is, like, my safe zone right now… To sit down with someone and try and care about their life, I’m not there yet.”