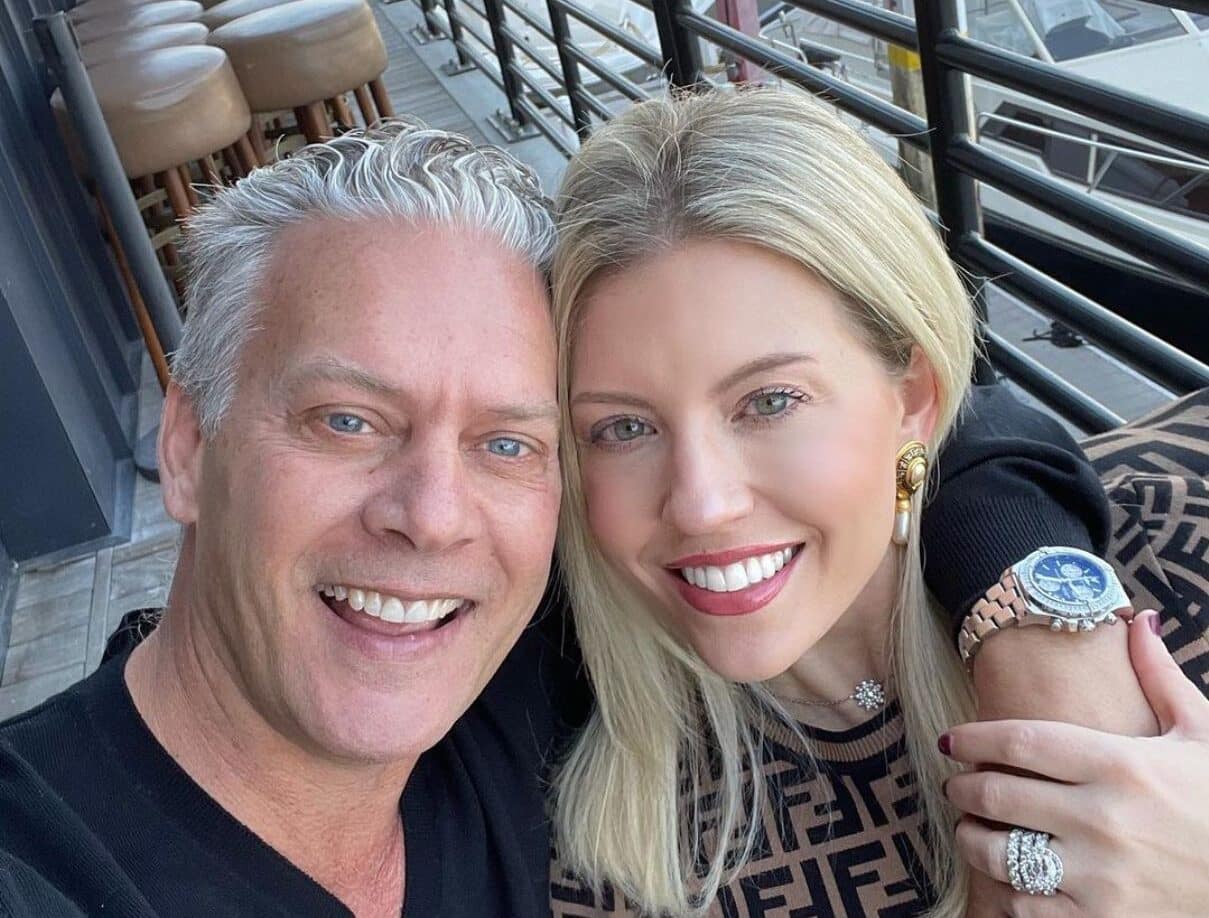 David Beador and Lesley Beador‘s on-again, off-again relationship appears to be off again.

Just weeks after the former couple called off their plans for divorce following a court filing by David in September, Lesley hinted she’s been “lied to” and cheated on by the former Real Housewives of Orange County star, with whom she shares a one-year-old daughter, Anna.

“The worst thing about being lied to is simply knowing you weren’t worth the truth,” read a November 30 message Lesley shared on her Instagram Story, along with Gloria Gaynor‘s hit single “I Will Survive.”

And while the post appears to have been quickly deleted, it was uploaded to the Reality Life with Kate Casey page on Facebook, along with a second also-erased message about cheating.

“Cheating on a good person is like throwing away a diamond and picking up a rock,” Lesley’s second post stated, along with Florida Georgia Line‘s “Life Rolls On.” 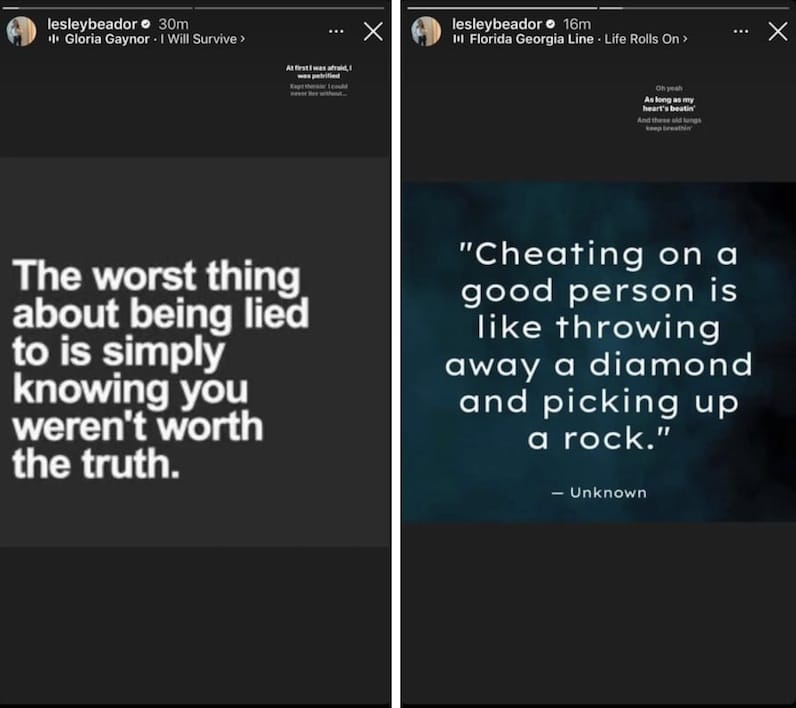 Following David’s divorce filing in September, Lesley took to her Instagram Story to reveal that shortly after he made his request to end their marriage, he withdrew his documentation.

“My husband filed a request for dismissal a few days ago,” she said at the time.

But days later, Lesley changed her tune, saying that she would be filing for divorce from David, who shares his three oldest children, daughter Sophie, 21, and twins Stella and Adeline, 18, with ex-wife Shannon Beador.

“I am filing for divorce,” Lesley announced. “While this is not what I would have ever expected, it is what is best. I value myself and the happiness and well being of my children. I am so grateful for a tremendous circle of friends and family who support me. Looking forward to a bright and happy future with my beautiful kiddos.”

She also suggested there was plenty that RHOC fans hadn’t yet heard, saying in an additional post, “I have a lot to share [and] will one day. For now I’m going to focus on spending all my free time with my amazing kiddos [and] laughing with friends.”

The following month, during an interview with PEOPLE, Shannon reacted to David and Lesley’s back and forth.

“I’m not gonna say I was surprised,” Shannon admitted. “But I think they might not be getting divorced now … I think they’re back together. She just posted a video of them going out to dinner, and he slowly rolled his arm to show a wedding band.”

“Who lives their lives on social media?” she added.