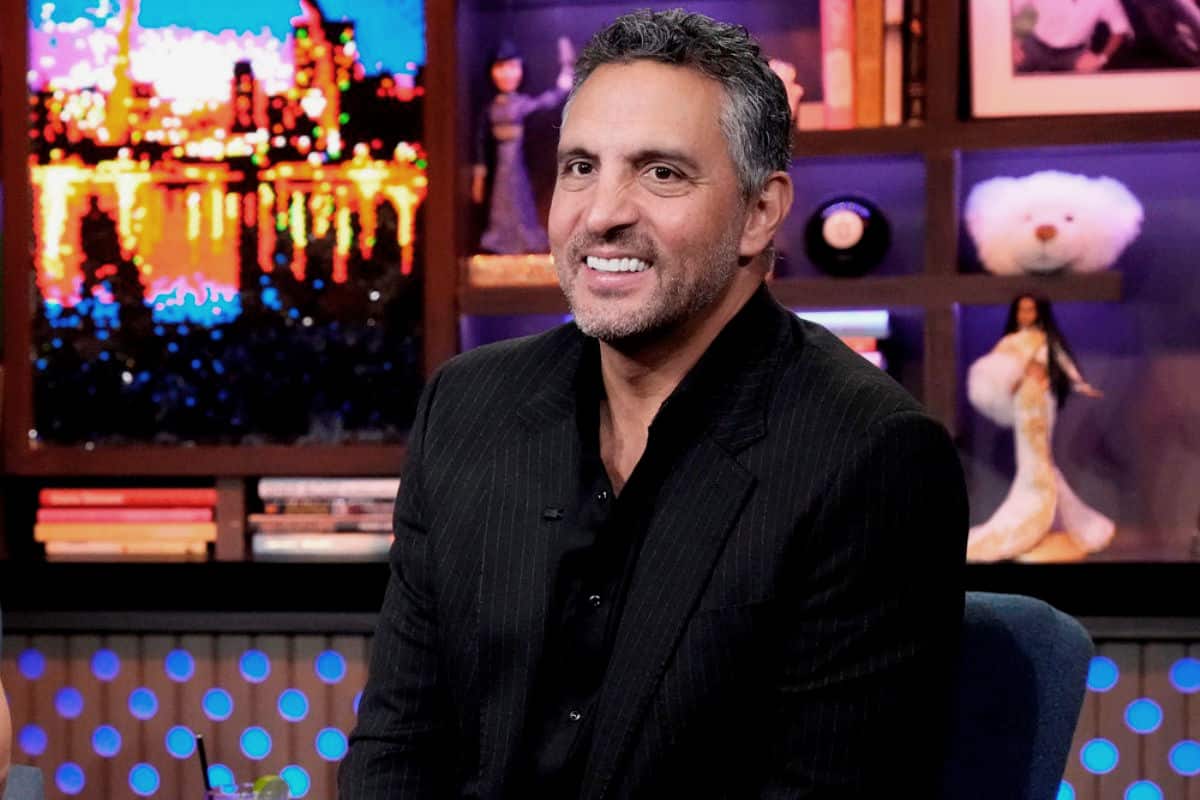 Before naming Garcelle as the hottest cast member of The Real Housewives of Beverly Hills other than Kyle, reacting to Erika Jayne‘s divorce prediction about Dorit Kemsley and Paul “PK” Kemsley, and more, the Buying Beverly Hills star revealed the rudest Bravolebrity he’s ever encountered.

Mauricio then said “Garcelle” was the second-hottest member of the RHOBH cast and wondered where Erika would get such a wild idea about Dorit and PK.

“Everybody knows PK is like my soulmate and my brother. They have a great relationship. I mean, I don’t know where Erika came up with that. But I see them all good and solid,” he confirmed on the WWHL: After Show.

Back on the live broadcast, Andy Cohen mentioned that Mauricio Umansky is one of the longest-running cast husbands of the Real Housewives franchise and asked him for his rose and thorn of the experience.

“Just all the memories that have been captured. Portia was one-year-old when we started filming and I remember that… [The show] also kept us really close as a family just [because] all the things that come up in reality television so that’s been really nice,” Mauricio said of his rose.

And as for his thorn, he said, “You know, you’re in the spotlight, [there’s a] bunch of rumors, all the sh-t that comes with it, whether its the sisters and the family or rumors or whatever, all of that stuff, that’s definitely a thorn.”

Then, during a game of “Truth or Drink,” Mauricio was asked to rank the realtors of Million Dollar Listing: Los Angeles from best to worst.

“That’s easy. I love most of these people. I’m gonna go with Josh Altman, Josh Flagg, Tracy Tutor, and Fredrik Eklund, and only because Fredrik arrived late. He’s not a real L.A. guy. He’s a New York guy and the rest of them are real L.A. people,” Mauricio explained.

Also on WWHL, Mauricio played a game of “Can You Defend,” during which he was asked if he could defend Kyle for running away instead of defending her sister, Kim Richards, amid Kim’s Amsterdam feud with Lisa Rinna, who Kim suggested was having trouble at home with husband Harry Hamlin.

“There’s a lot going behind that so yes,” he confirmed.

Mauricio also defended Kyle for not intervening in Aspen when Rinna chose to order Kendall Jenner‘s tequila rather than the brand her sister Kathy Hilton is invested in.

“I don’t think Kyle had a clue that Lisa Rinna was ordering something that was not Casa Del Sol so yes,” he explained.

Mauricio then defended Kyle’s claims that Dorit is long-winded, saying it is “a fact.” He also defended her love of flowy caftans, admitting he loves them too, before reacting to Kyle comparing her relationship with Vanderpump to playing chess with Bobby Fisher.