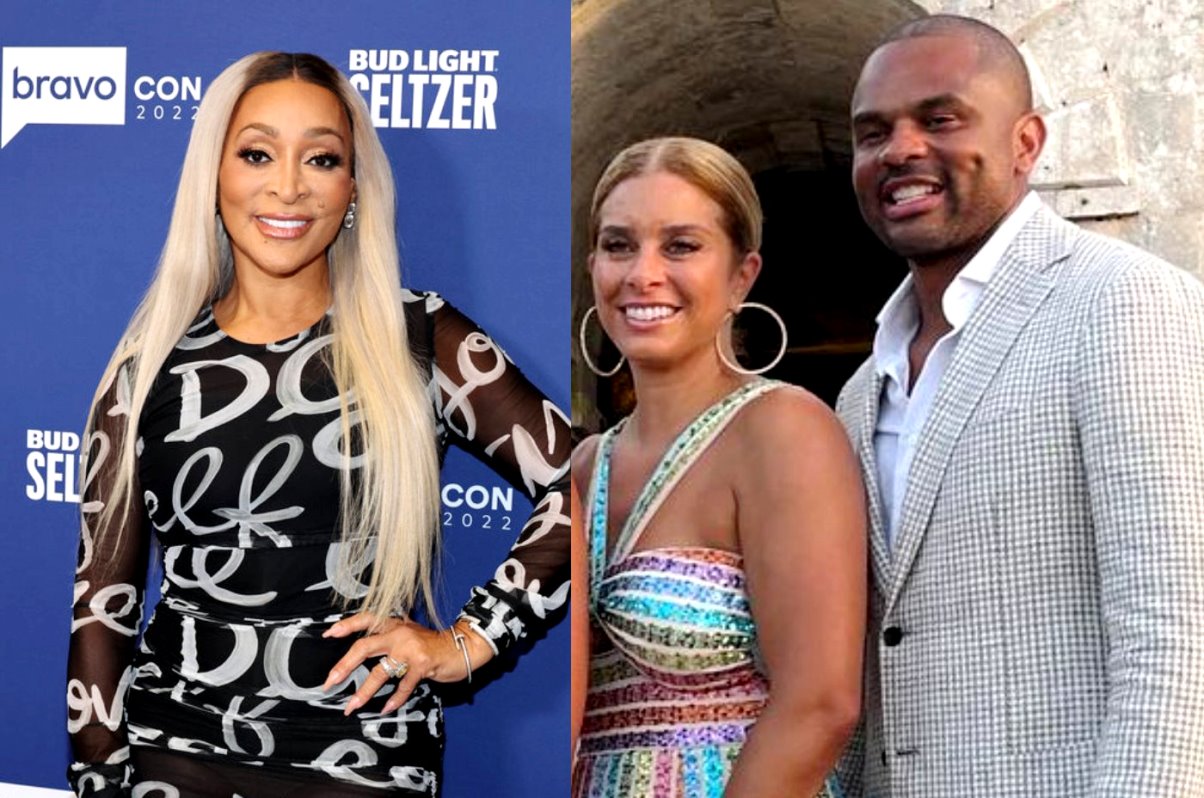 Wendy Osefo and Mia Thornton may have come to blows weeks ago on The Real Housewives of Potomac, with Mia tossing a drink at her co-star, but that was just the tip of the iceberg when it comes to the drama of season seven.

In the just-released midseason trailer for season seven, Karen Huger and Charrisse Jackson-Jordan are seen in a heated altercation of their own as both Karen and Juan Dixon face claims of cheating on their partners, Chris Bassett blows up over rumors, and more.

After the sneak peek begins with Gizelle Bryant suggesting to a friend that she and ex-husband Jamal Bryant may have exchanged a kiss and Ashley Darby admitting she “still [has] some romantic feelings” for estranged husband Michael Darby, Gizelle puts a spotlight on Mia Thornton‘s marriage to husband Gordon Thornton.

“She likes to watch and Gordon likes other women, so you never said, pick me?” she asks Jacqueline Blake, who Mia brought to the show as a “friend” for season seven.

Then, during a later scene, Jacqueline is seen yelling at Mia, “I would never f-cking sleep with your husband!”

Elsewhere, Robyn Dixon discusses having a “private ceremony in Jamaica” with fiancé Juan before confronting him about putting an infidelity clause in their prenuptial agreement, and Wendy is rolled away on a stretcher as she’s warned about leaving her kids with no mother.

As expected, the accusations of inappropriate behavior against Chris haven’t gone away, and during another scene, Ray Huger suggests Chris apologize to a woman who he claims “misunderstood [Chris’] intentions.”

Chris is then seen speaking to Ashley, telling her, “No, I’m done,” and then adding, “F-ck her.”

As for Karen and Charrissee’s dispute, that happens amid dinner, as teased in the main trailer.

“You attack people’s families,” Karen yells at Charrisse, who is seated across from her.

“You’re a lying a— b-tch!” Charisse replies as she bangs her fists on the table.

“Shut the fuck up!” Karen replies as both women stand up. “Go ahead. Show them who you are!”

Also in the midseason trailer, Karen accuses Juan of cheating on Robyn, saying she knows his other woman.

“There’s so much I know about Robyn Dixon, including Juan’s other woman, that looks like me! She’s blonde,” Karen explains.

She then tells Robyn, “That’s why you sitting here lying your a– off cuz you are deflecting with this fake a– marriage.”

And the cheating allegations don’t end there as Charrissee targets Karen.

“Karen Huger. She was f-cking the help in the bathroom,” she states as Karen later confronts Mia about her “friend saying [she’s] a prostitute.”

The Real Housewives of Potomac season seven airs Sundays at 9/8c on Bravo.