PHOTOS: RHONJ’s Melissa Gorga and Husband Joe Show Off Home Office, See Before and After Pics of the Modern Space 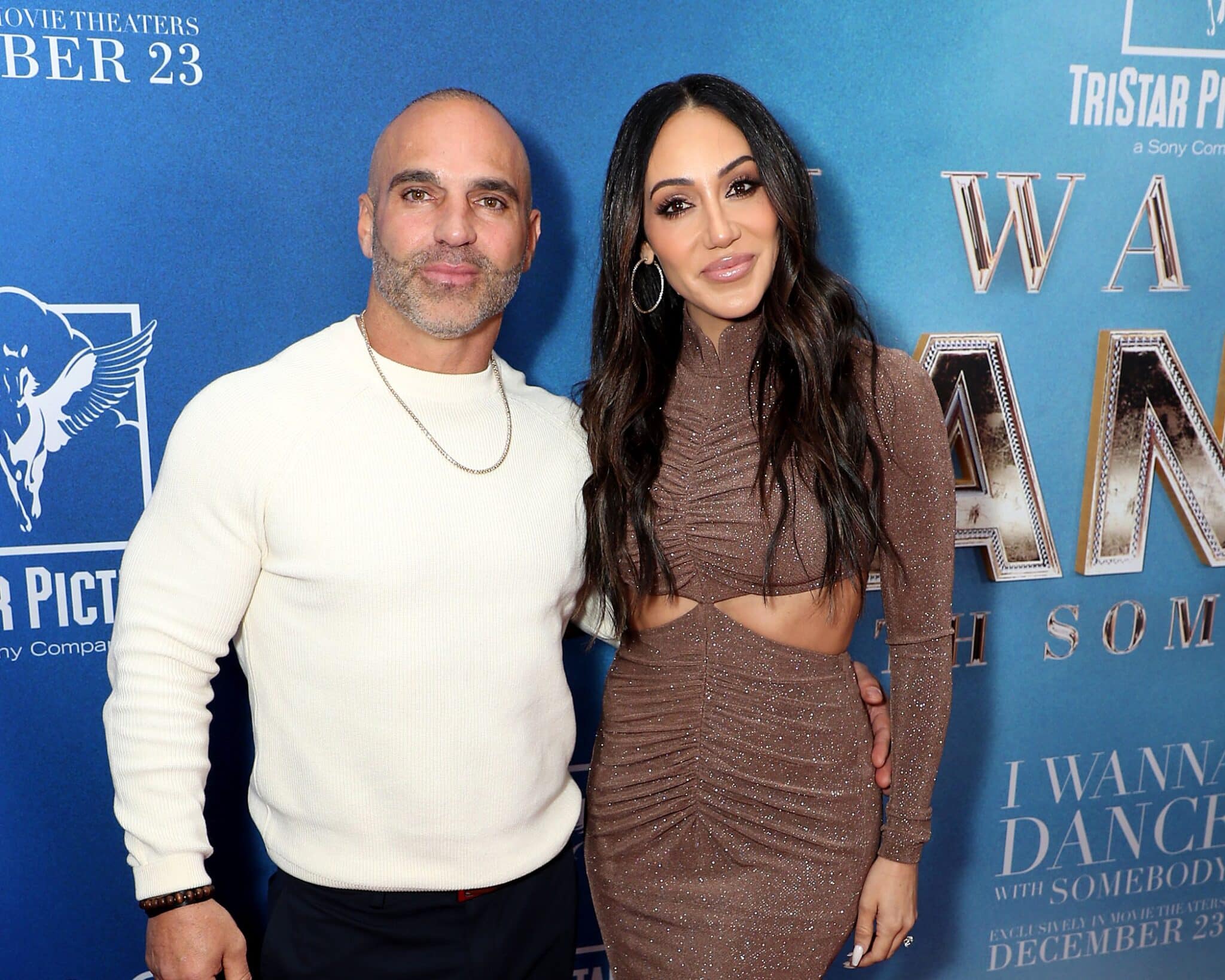 Melissa Gorga and her husband, Joe Gorga, embarked on a massive renovation after purchasing a $950,000 property in Franklin Lakes, New Jersey, in June 2021. And now, after completing the project and moving into the property last month, they’re showing it off on Instagram.

Two years after unloading their previous mansion for $2.5 million, the Real Housewives of New Jersey stars took fans inside their new home office with Melissa posing on her desk for a photo shoot and Joe showing off a before and after video of the stunningly-decorated, modern space.

“Step into my office,” Melissa wrote in the caption of a December 18 slideshow, which featured an image of her posing on her white and gold desk with a sparkling chandelier hanging above her and two dark chairs on each side.

And on her photographer’s Instagram Story, a behind-the-scenes shot was shared. 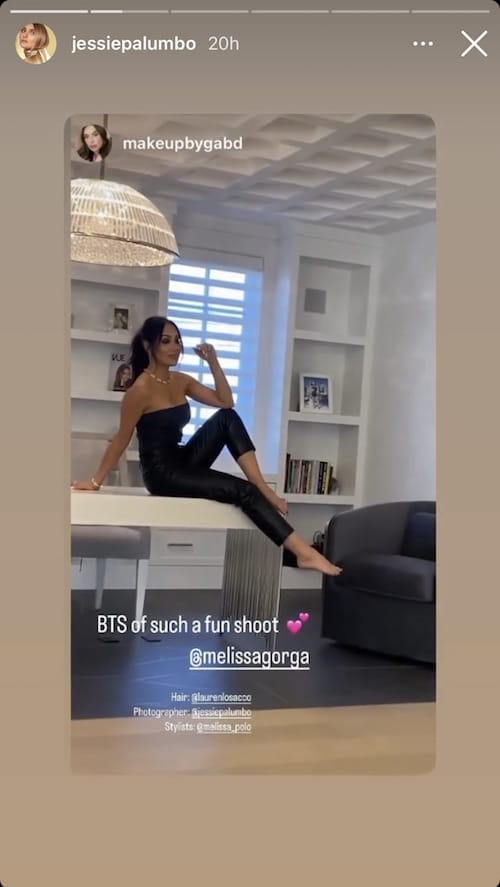 Meanwhile, on Joe’s page, he shared a video of the transformation.

“It’s a process,” he shared, along with hashtags for “house design” and “home office.” 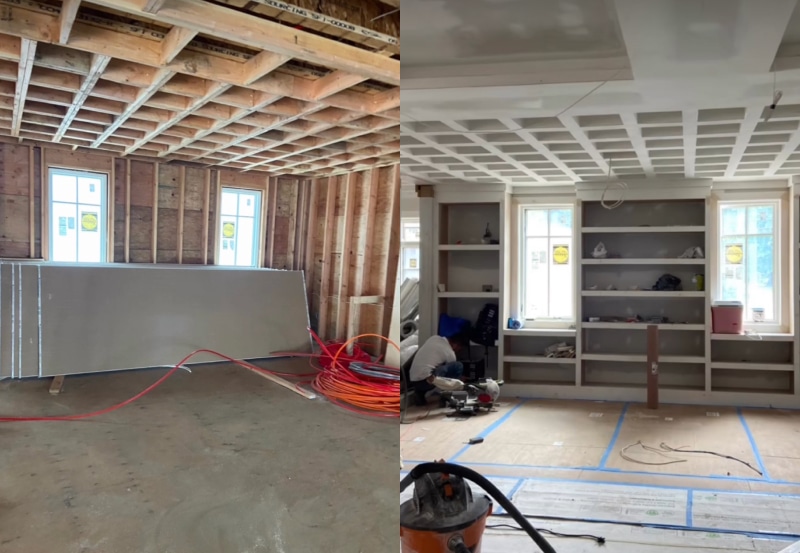 After giving his followers a look inside the office renovation, which included the installation of an intricate ceiling design, built-in shelving, and wood blinds, Joe showed what the space looks like today. 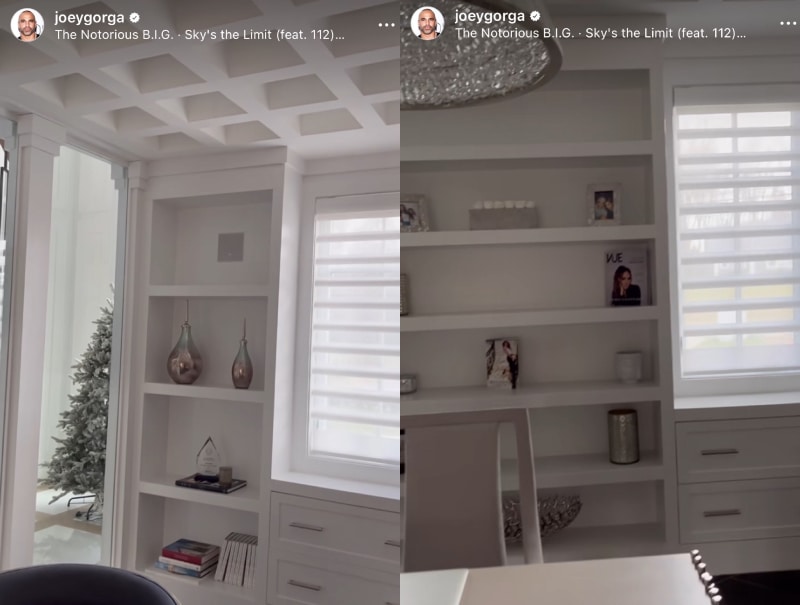 The office is completely white, including its ceiling and shelving.

He also showcased what it looks like from the office, looking out at his and Melissa’s two-story foyer, which boasts a stunning arched staircase. 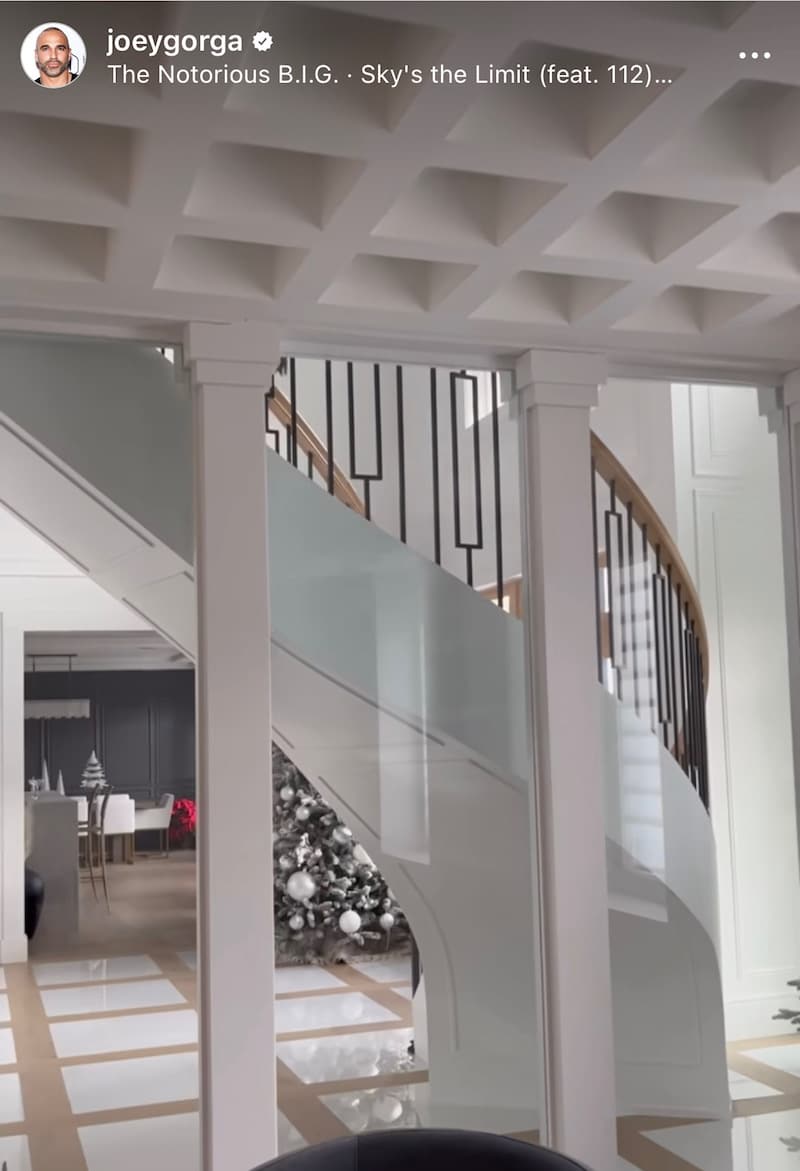 The Gorga’s office is separated from their foyer with glass panels.

As RHONJ fans may have seen, Melissa’s sister-in-law, Teresa Giudice, got in on the home-sharing action at the end of last week as she took her own online audience inside her and Luis Ruelas‘ kitchen, which fans felt looked a whole lot like that of Melissa and Joe.