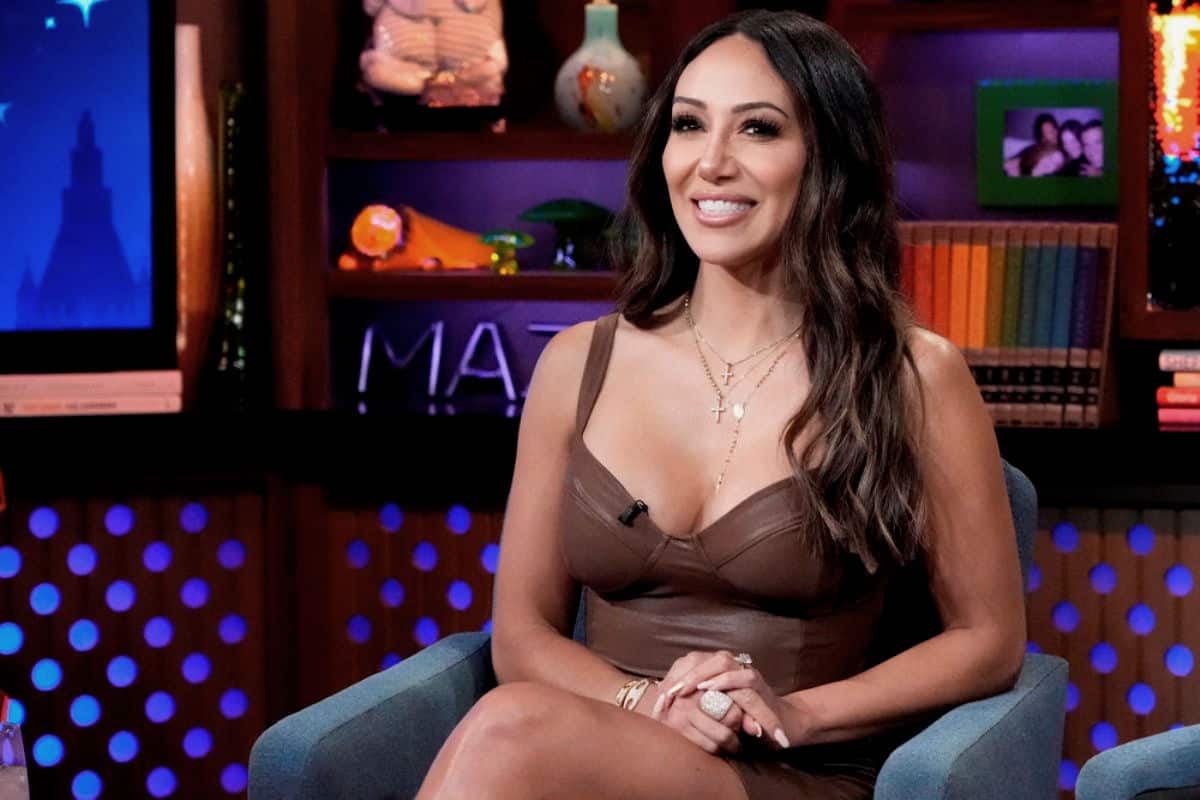 Melissa Gorga is continuing to share more and more of her and Joe Gorga‘s new home.

After moving into the residence, which is located in the West Gate Urban Farms community of New Jersey, last month, the Real Housewives of New Jersey cast member took to her Instagram page to show off her and Joe’s new kitchen.

“We love to entertain … Kitchen space takes priority,” Melissa wrote to her fans and followers on December 4, along with a video of her new kitchen and a hashtag for “kitchen design.”

Also, in the caption of her video, Melissa tagged Village Handcrafted Cabinetry and Steon-Tech Fabrication, Inc.

In addition to showing the all-white base of her space, Melissa’s video featured not one, but two islands and three large gold lighting fixtures, which added to the light provided by the recessed lighting found throughout the room. 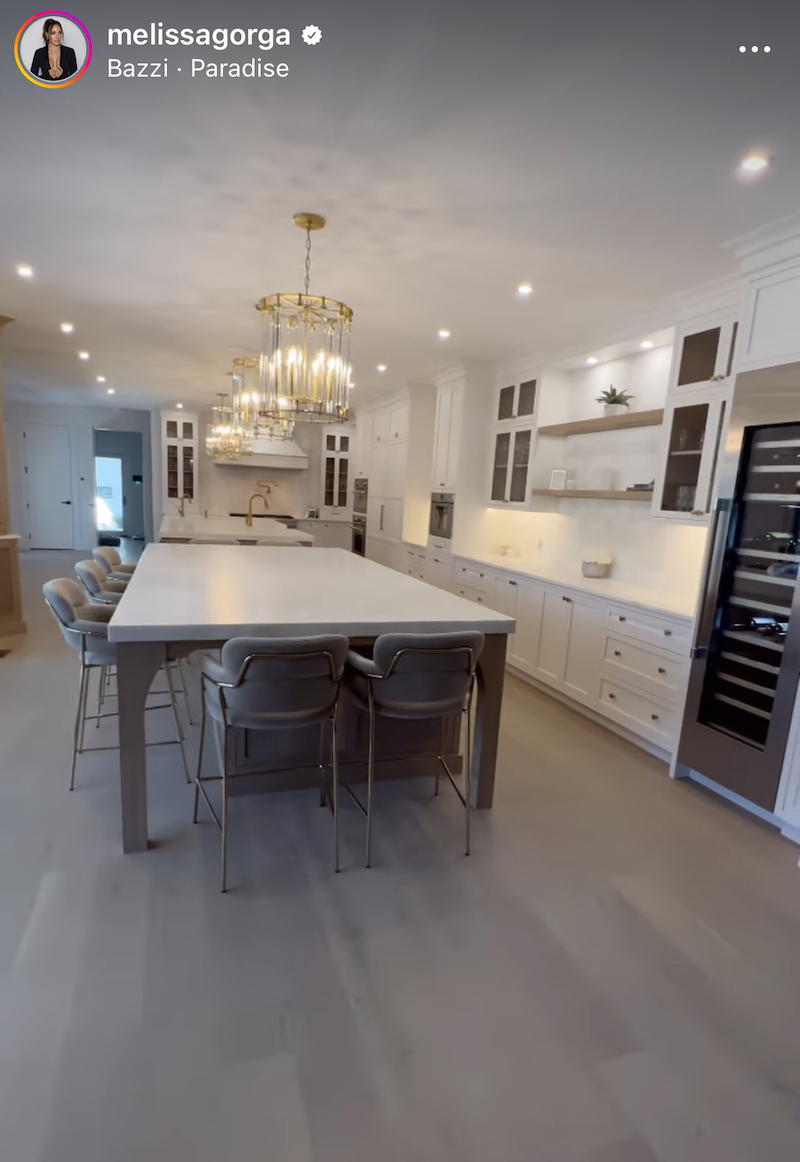 The Gorgas new kitchen has white cabinets and counters, as well as a white backsplash.

Following the reveal of the massive lighting fixtures found hanging in her and Joe’s foyer, Melissa confirmed the accent pieces are also featured in her kitchen. 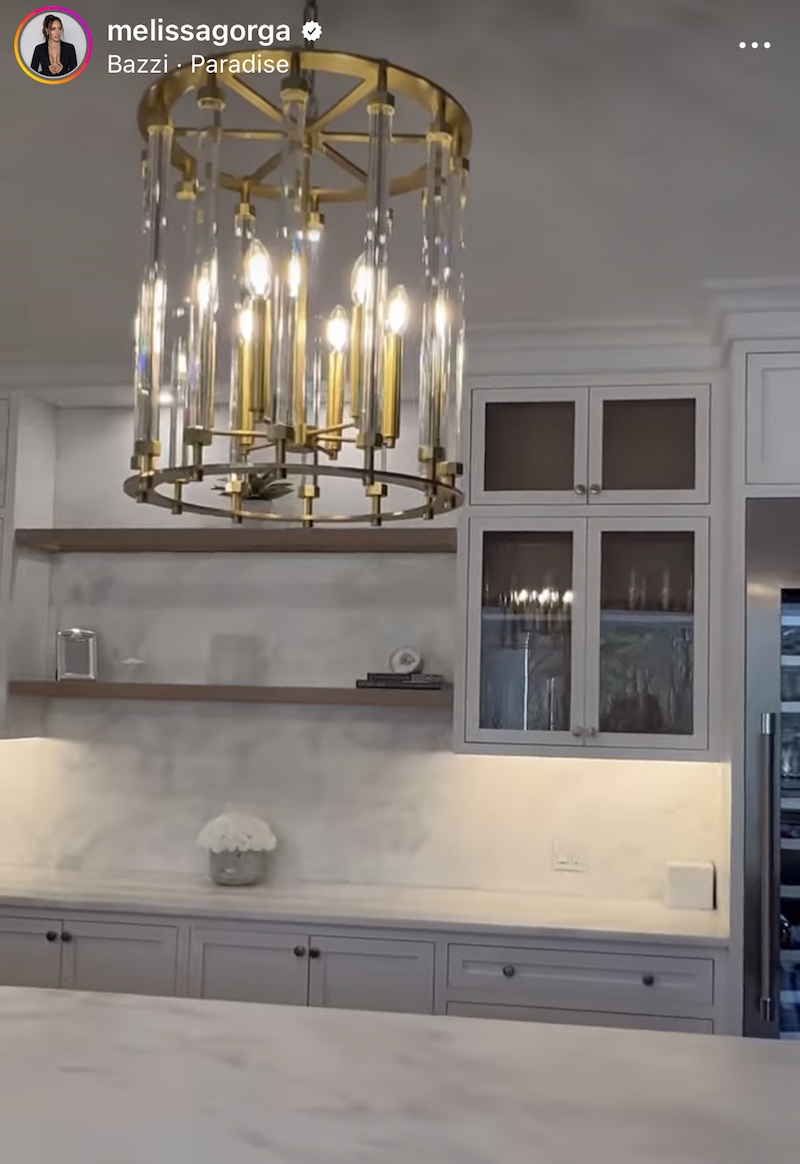 On one of Melissa and Joe’s large kitchen islands, a gold sink and soap dispenser are seen behind a farm-style bowl. Meanwhile, a double oven and a traditional oven are also spotted. 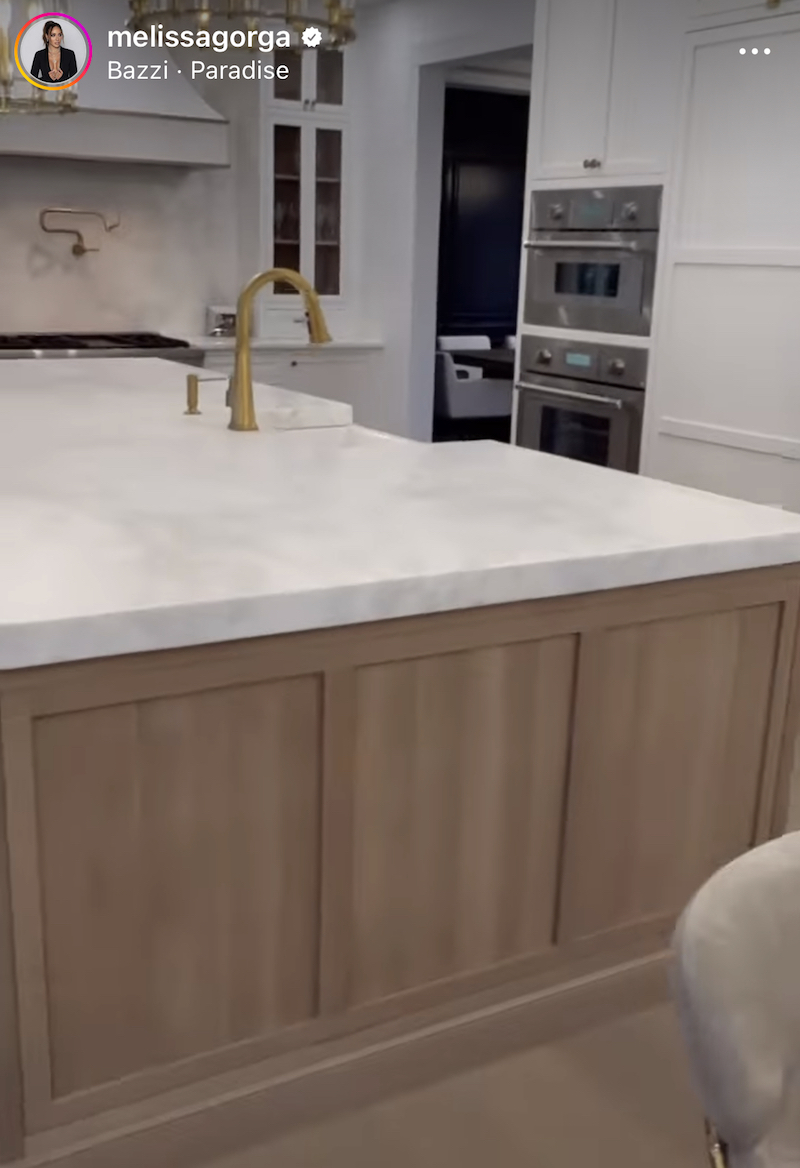 The island features a wood base while other areas of the kitchen are painted white.

Melissa and Joe’s two islands have two different types of seating, with one having backed stools and others round with no backs.

There’s even a large chest for dishes made out of the same material as the base of the islands. 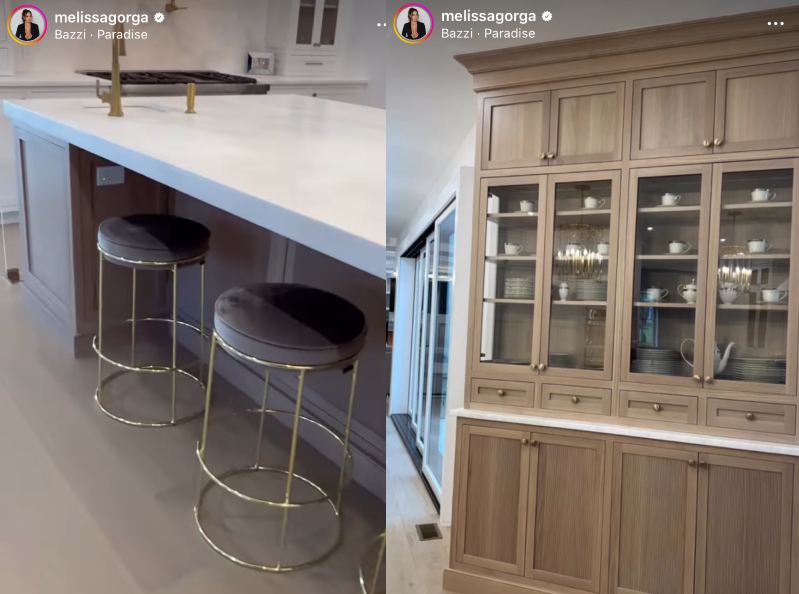 Melissa also shared a clip of her breakfast nook, which features an arched ceiling, tons of windows, French doors, and a unique light fixture. 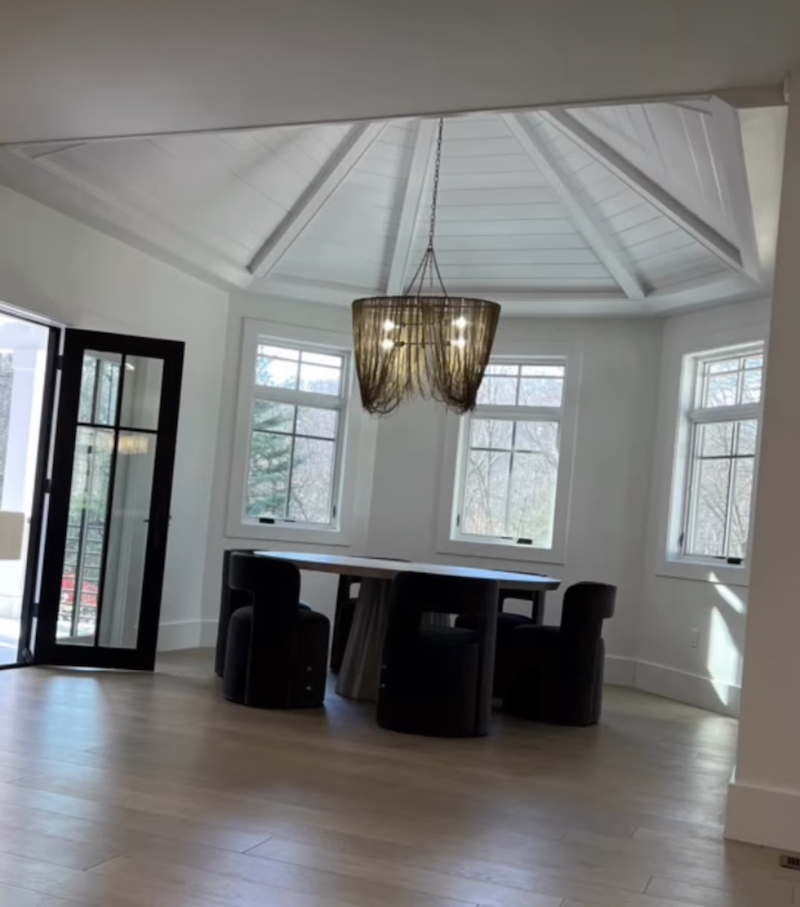 As fans may have heard, news of Melissa and Joe’s new home hasn’t come without controversy, as Joe was recently accused of stiffing a company that worked on the house to the tune of $30,000.

“Between September 2021 through January 2022, the plaintiff COUNTY CONCRETE CORPORATION provided materials to the Defendants,” the company’s lawsuit against Joe stated, per All About The Tea. “Upon information and belief, these materials were utilized for various construction projects.”

“The Plaintiff provided materials to the Defendants with a value, inclusive of finance charges, of $30,264.06,” it added.