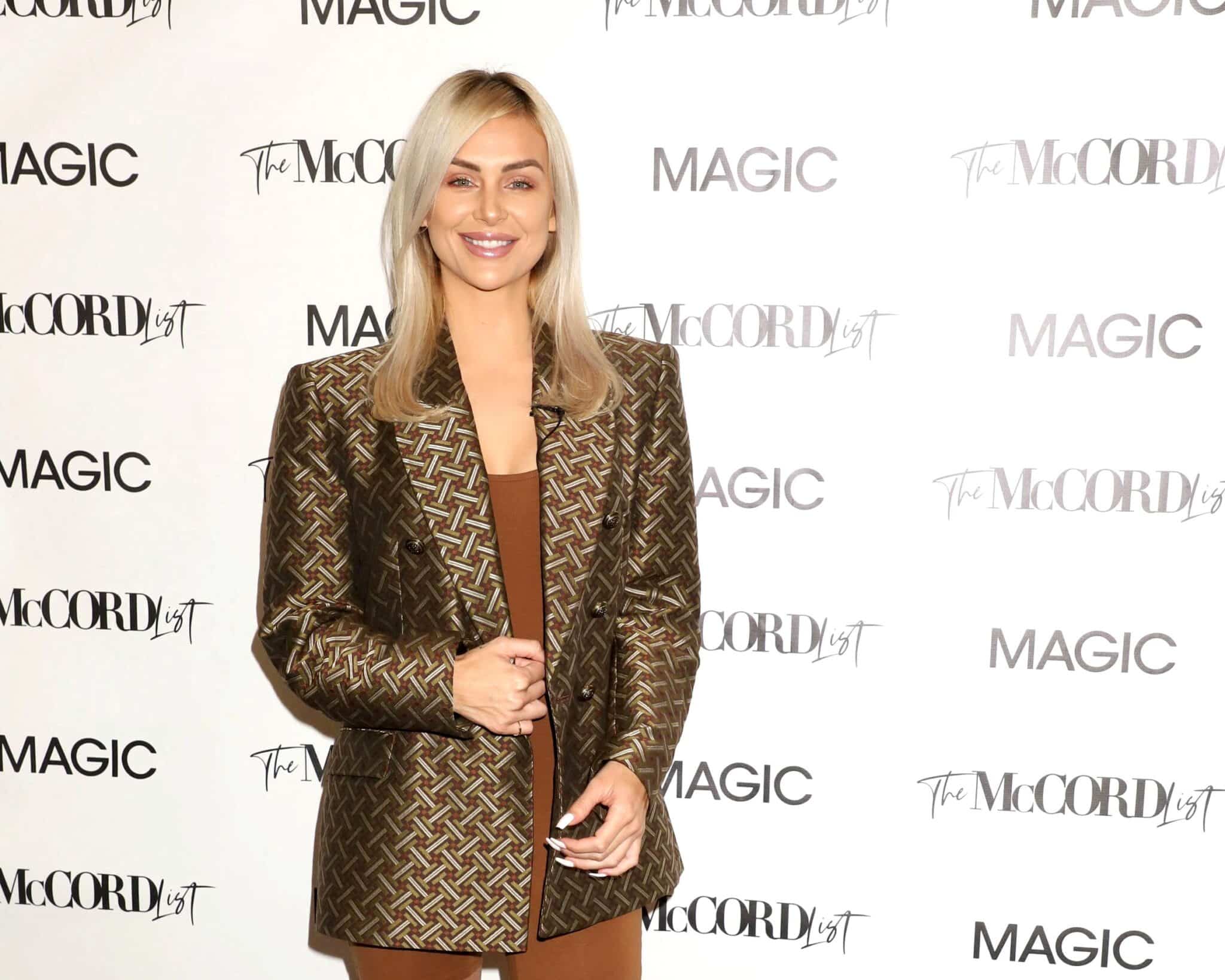 Months after filming wrapped on the new season of the Bravo reality series, a screenshot has seemingly confirmed that Lala shared the information with a curious fan on Instagram, who wanted to know when the new episodes would begin airing.

“It looks like Lala Kent accidentally leaked the premiere date for season 10 of Vanderpump Rules,” The Bravo Guru announced on Instagram on January 2, along with a screenshot. “The premiere date is *allegedly* set for February 8.”

“Does anyone know when the next series is going to be on [because] it’s been so long since they have filmed it,” a fan had written in a comment seen in the post, signaling to the September 2022 completion of production. 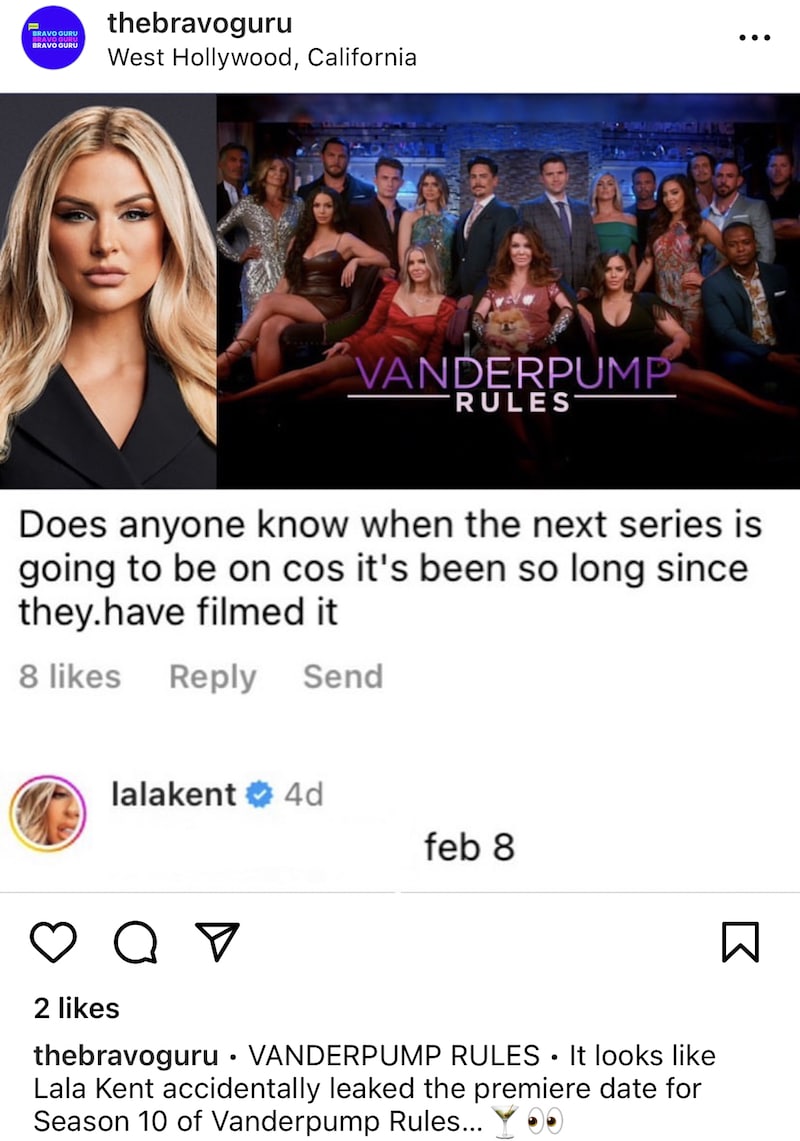 Although Bravo has not yet confirmed the premiere date, it falls in line with claims Katie Maloney made on Bachelor alum Nick Viall‘s podcast at the end of last year.

As Pump Rules fans may recall, Katie said the show will “be back soon” on the December 1 episode of The Viall Files and added that she was under the impression that the show was getting a February premiere date.

“Vanderpump Rules will be back soon… sometime in February, I believe,” Katie teased.

Around the time production wrapped last September, Lala spoke to PEOPLE about season 10, saying that the new episodes will be “absolutely insane.”

“Without giving away too much, I feel like with everything that happened, and cast members who have exited, we finally have our footing again,” Lala teased. “And the dynamics, the stakes are so much higher because there’s people getting married, divorced, children involved. And we’re not 23 anymore. We’re not going to shake things off like we used to.”

If Vanderpump Rules season 10 has, in fact, gotten a premiere date of February 8, fans should expect to see an official trailer and announcement “very soon,” according to The Bravo Guru.