PHOTO: Shannon Beador’s Ex John Janssen is Spotted With Mystery Woman at One of RHOC Star’s Favorite Restaurants After Split 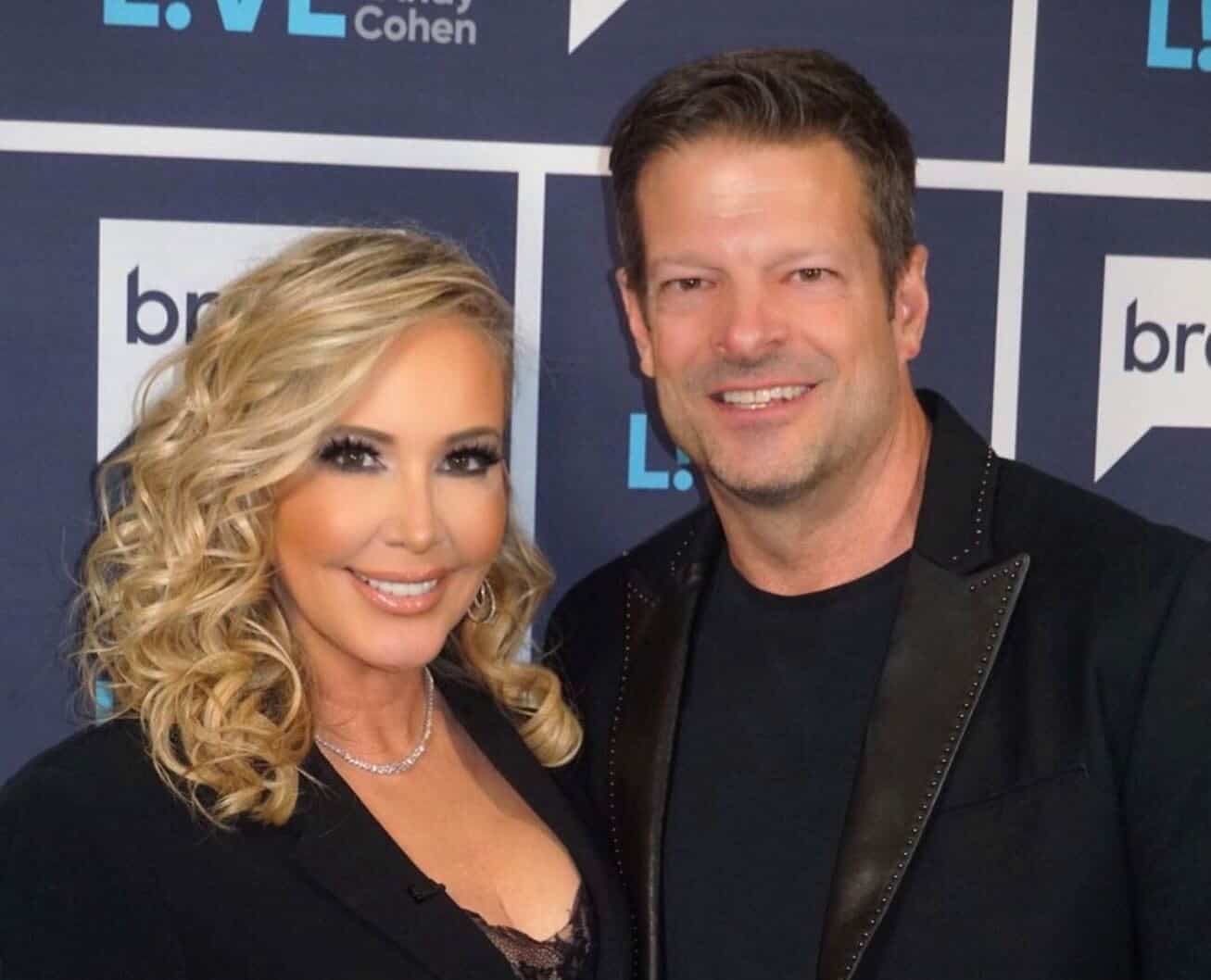 If Shannon Beador was “blindsided” by her split from John Janssen in November 2022, she’s really going to be caught off-guard when she learns he was recently spotted with another woman.

Days after the former Real Housewives of Orange County couple confirmed their breakup publicly, a photo of John and a mystery woman dining at The Quiet Woman, one of Shannon’s favorite restaurants, has hit the web.

“Yes. That’s John, who just broke up [with] Shannon less than a week ago, spotted on a date at The Quiet Woman last night. The restaurant is one which Shannon frequents,” Bravo and Cocktails on Instagram shared with their readers on Saturday, January 14, along with the pic of John and a blonde woman. 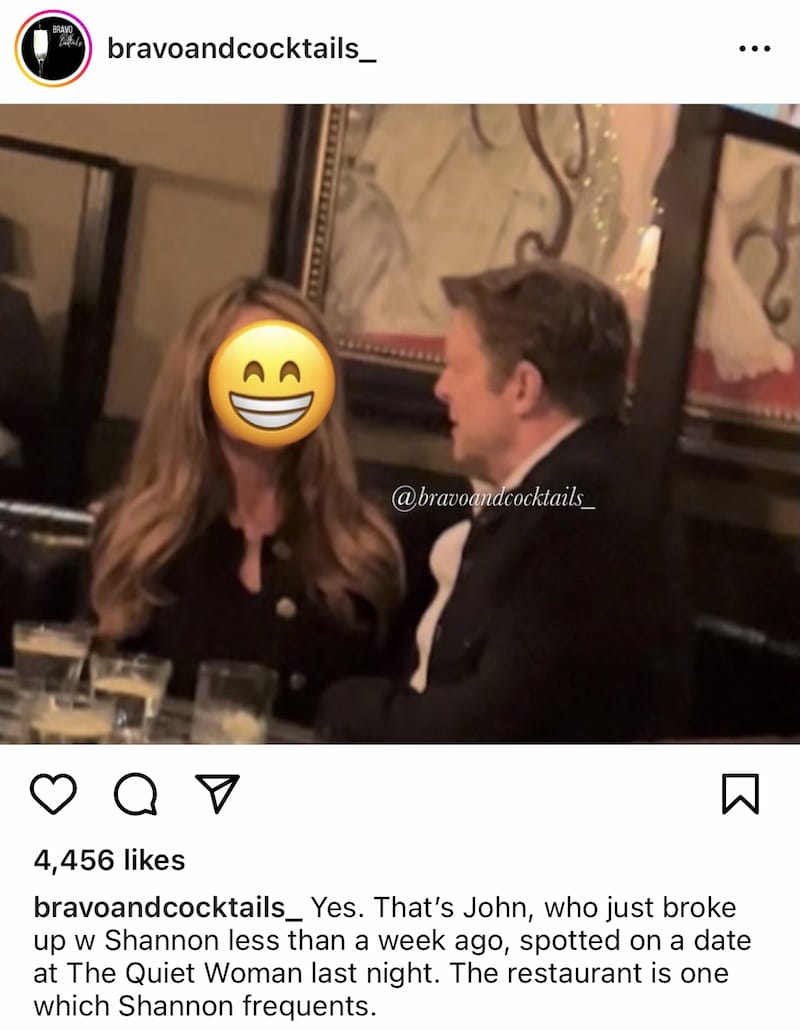 Last week, as Shannon opened up about her heartbreaking split from John, she told PEOPLE she “never loved anyone more in [her] life” and accused John of surprising her with the breakup just one week after production wrapped on RHOC season 17. Meanwhile, also speaking to PEOPLE, John said he waited until filming concluded to call it quits because he didn’t want to humiliate her.

“The last thing I wanted to do is hurt Shannon, but I do think I did the right thing for the both of us,” he explained. “It doesn’t make sense to be together if you don’t believe in it.”

The following day, Shannon appeared on Jeff Lewis‘ radio show, where she further discussed the breakup, noting that they had filmed a heartwarming scene for the finale episode of RHOC.

“It was great … I got teary-eyed with the words that he was saying and I thought, ‘We’re gonna get there,’” she admitted.

“Now he wasn’t specific, but from what I remember he said that he wants to take the relationship to the next level, which to me, I thought engagement,” Jeff replied. “Did you think the same thing at the time?”

“I just thought, whatever the next step is, we’re gonna take it … So for that reason, that’s why I felt blindsided,” Shannon explained.

Following the split, Shannon’s on-again, off-again friend and co-star, Vicki Gunvalson, accused John of being a narcissist and compared him to her own ex, Steve Lodge, who left her for a younger woman, Janis Caplan, who he later married in September 2021.

“These men use women like Shannon [and] I for their own benefit. Narcissists,” she stated.

The Real Housewives of Orange County season 17 is expected to begin airing on Bravo sometime in the coming months.