RHOC’s Vicki Gunvalson Shades Shannon’s Ex John Janssen as a “Narcissist,” Compares Him to Ex Steve Lodge and Claims They “Use Women” 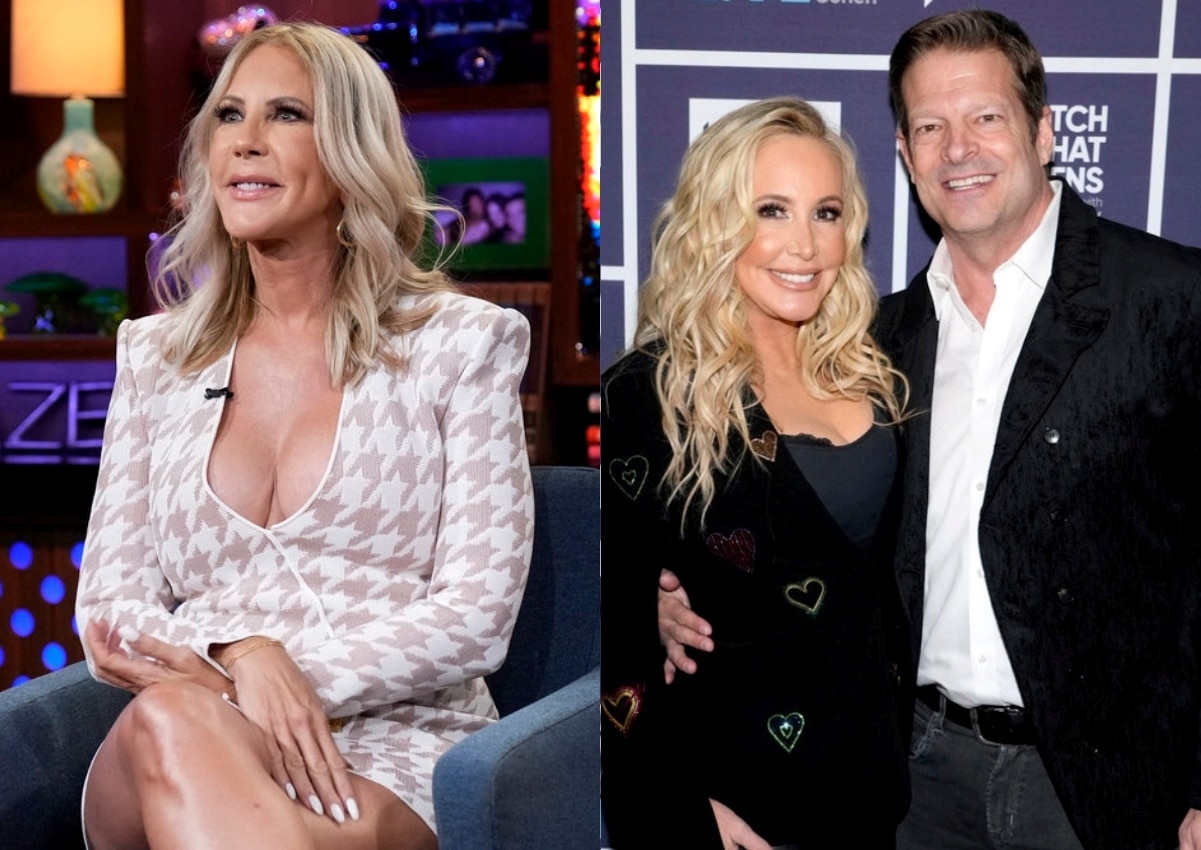 Following the news of Shannon’s recent split from John, who reportedly “blindsided” Shannon when he prompted their November 2022 breakup just one week after filming wrapped on The Real Housewives of Orange County season 17, Vicki reacted to the news in an Instagram comment, making it clear that she was no fan of John and his narcissistic behavior.

“Honestly what I’m most upset about is that he did this AFTER filming,” a fan wrote after reading a headline about Shannon and John’s split.

“It’s seriously giving Steve Lodge,” the Best of Bravo replied after sharing the article on Instagram.

And Vicki, who filmed scenes for season 17 last year, agreed.

“I said the same thing,” she shared. “These men use women like Shannon [and] I for their own benefit. Narcissists.” 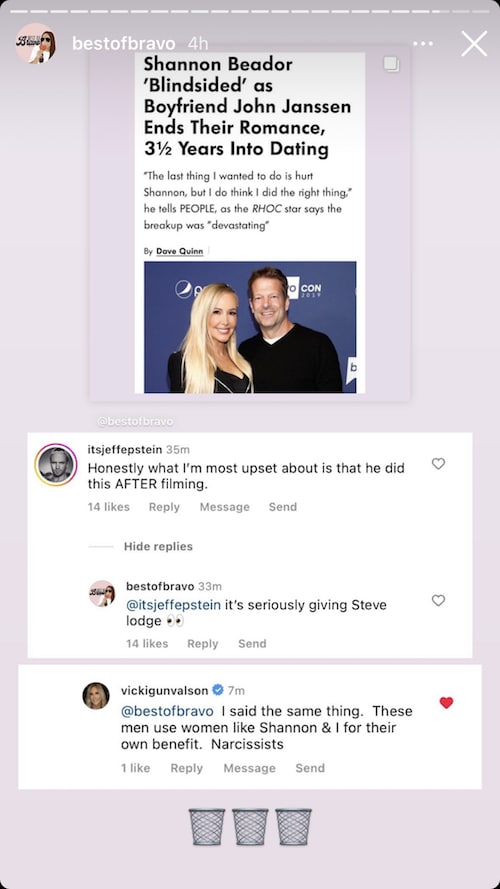 Speaking to PEOPLE weeks after her and John’s split, Shannon admitted to thinking she was going to spend the rest of her life with her now-ex.

“We were in a great place. But seven days later, when the cameras were down, it was a completely different story. He told me he was done with the relationship. And to hear what he said to me then was absolutely devastating,” she explained. “I’ve never loved anyone like I’ve loved John. But clearly, he didn’t feel the same way.”

Meanwhile, speaking to the outlet on his own, John insisted he was “in pain” over his decision to call it quits.

“We have a connection that’s unlike anything I’ve ever had. And I know that for as long as I live, I’ll never meet anyone like her again. But that doesn’t mean we’re right for each other for the rest of our lives,” he stated. “It doesn’t make sense to be together if you don’t believe in it.”

As for Steve, fans may recall that he dumped Vicki (seemingly for now-wife Janis Carlson) in September 2021, just as she traveled to Dorinda Medley‘s home in Massachusetts to film the second season of Real Housewives: Ultimate Girls Trip.

She’s since moved on with a new man, who she’s been seeing for the past several months.

The Real Housewives of Orange County season 17 is expected to begin airing on Bravo sometime in the coming months.