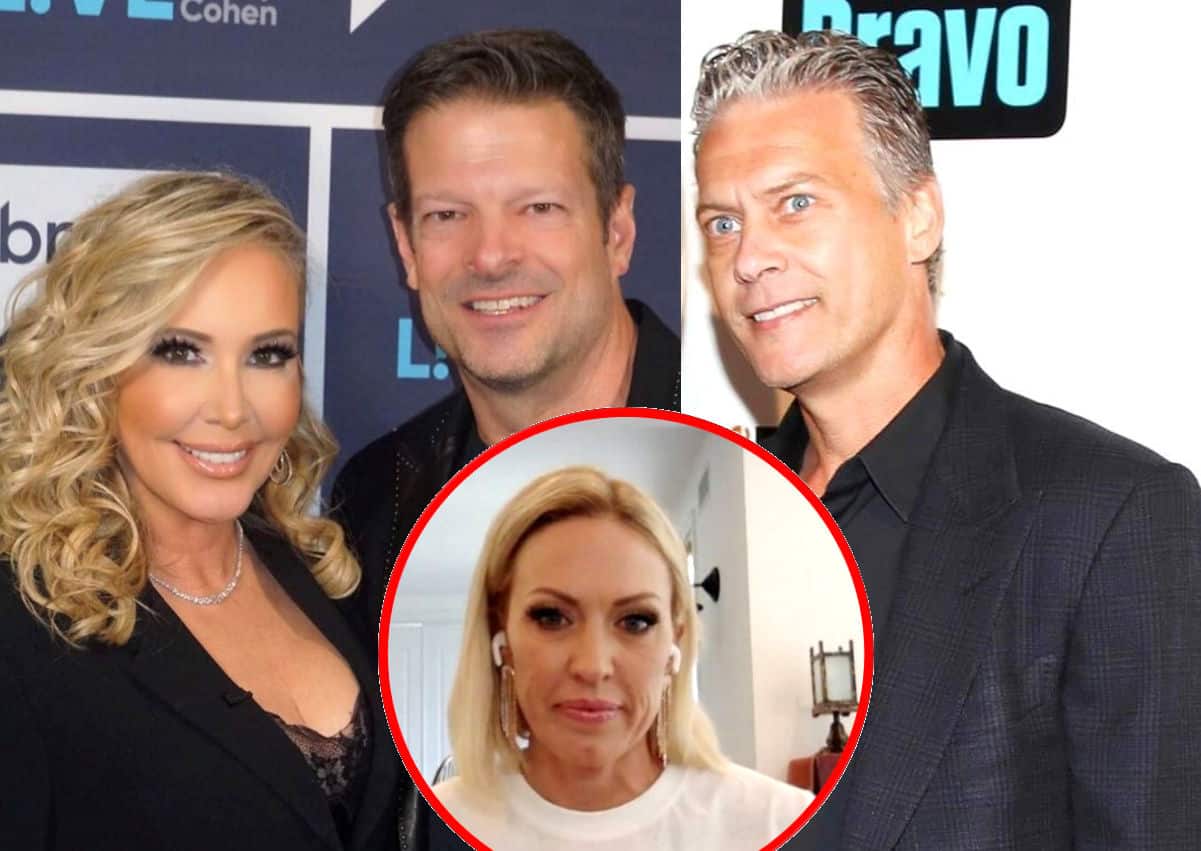 Shannon Beador spoke of her ex-husband, David Beador, and her current boyfriend, John Janssen, during an interview earlier this week.

On the heels of the season 16 premiere of The Real Housewives of Orange County, the mother of three opened up about her co-parenting relationship with her ex before sharing plans for marriage and revealing what new cast member Noella Bergener revealed to her about her former co-star Braunwyn Windham-Burke.

“[We aren’t cordial]. I don’t get involved… [the girls] have a relationship [with David],” Shannon said during an interview with Us Weekly on December 5.

Although things with David remain strained, Shannon’s romance with John is looking up.

“We’re approaching the two-and-a-half year [mark]. It has flown by but at the same time, I feel like I’ve known him for 10 years,” she gushed, adding that she eventually wants to get married — but not before her twins move out.

“I want that partnership that I wanted in my last marriage. I want to be a partner and part of a team. [But] my twins are still at home for another year and a half and we’re not going to do anything while my kids are still here,” she explained.

As for what Noella told her about Braunwyn, Shannon revealed Noella informed her that Braunwyn admitted she made up her supposed diss against Gina Kirschenheiter‘s $659,000 home.

“Brauwnyn… [we don’t talk]. Because let me tell you, Noella used to be friends with her and she told Noella that she did make up that I said Gina’s house was sad and depressing so Braunwyn will not be hearing from me anytime soon,” Shannon confirmed.

As fans well know, Braunwyn was not asked to return to RHOC for season 16, just as Kelly Dodd and Elizabeth Vargas‘ contracts were also not renewed. As for Shannon, she was asked to appear on the new episodes, but admitted to feeling unsure at times.

“I think each time you never know [if you’ll be asked back]. You don’t know what people like, don’t like,” she explained. “I’m glad that I did and I’m grateful I’m still on the show. It’s a lot of fun.”

On the premiere episode of the new season, Shannon seemed to turn over a new leaf with Gina and Emily Simpson, who dubbed the three of them as the “new Tres Amigas” during a lunch outing. However, in the coming episodes, Shannon said fans will watch it quickly “dissolve” and noted that their friendship “didn’t last long.”

As for the newbies of season 16, Shannon revealed she got along well with both Noella and Dr. Jen Armstrong.

“I bonded with Noella very quickly. She has a lot going on in her life right now and I want to be there for her because I have empathy. Dr. Jen, I got to know her more in the second half of the season but when I got to know her, I enjoyed her a lot,” Shannon shared.

That said, when Shannon first met Jen, she felt that she was “ballsy.”

“Some girls think they have to make a name for themselves,” she noted.